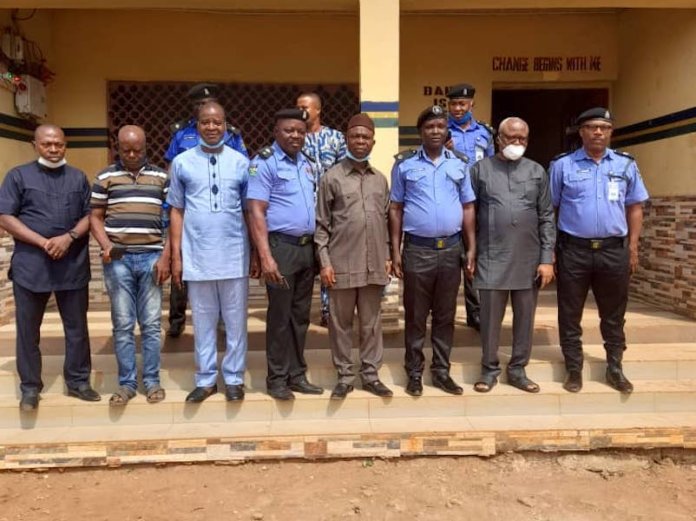 During the #EndSARS protest in October 2020, several police stations in the three local government areas in Mbaise, Imo State, were damaged. Since then, there has been little or no police presence in the area. Amby Uneze captures the efforts by Mbaise Global Foundation to rebuild the structures

What most Nigerians saw as a harmless clamour that started in faraway Lagos and some other major cities in the country, suddenly snowballed into an unimaginable crisis. The #EndSARS protest initiated by some concerned Nigerian youths and celebrities to voice out against the constant harassment, maiming and killings some of them suffered in the hands of a notorious and dreaded unit of the police force code named Special Anti-Robbery Squad (SARS), now disbanded, was unfortunately hijacked by some political interests which attracted hoodlums that nearly brought the country to her knees.

Little did anyone believe that such protest would lead to another lockdown of the entire country, after the unfortunate experience of the lockdown the world went through as a result of the COVID-19 pandemic for about seven months in 2020.

The #EndSARS protest that spread like wildfire across the country spread its tentacles in the three local government areas (LGA) of Mbaise land: Aboh Mbaise, Ahiazu Mbaise and Ezinihitte Mbaise.

Historically and culturally, though, Mbaise consists of five clans, two each in Aboh Mbaise and Ahiazu Mbaise while Ezinihitte clan also constitutes the LGA.

As large and populous as the three local government areas are, there is one definite affinity that brings them together. The unity that binds them together is as strong as stone. This is mainly attributed to hardwork and resourcefulness among the people of Mbaise, who speak the same dialect of Igbo language and have one culture.

They gather under one umbrella, that is, the Ezuruezu Mbaise, the apex socio-cultural organisation – where all important decisions concerning the Mbaise nation are taken.

Culturally, the world-class annual celebration known as “Iriji Mbaise (Mbaise New Yam Festival) on every August 15th is a masterpiece that brings together all Mbaise sons and daughters from home and abroad as a sign of unity, honour to fatherland, and during which they map out plans for development. Usually during this all-important annual festival, their sons and daughters invite their friends and well-wishers from far and near to witness the colourful event which has gained world recognition.

One significant point that needs to be highlighted is the ability of Mbaise people to pull resources together with the purpose of achieving an important task. Often the people do not wait for government, be it, local, state or federal to attend to their immediate needs. As industrious and community oriented as the people are, they usually form a common group among themselves and contribute to rehabilitate, build or achieve a task that ordinarily government would have done. To them, government is the involvement of every individual to develop one’s area, especially when it concerns the issue of security.

At the twilight of the #EndSARS protest, serious damages were done to some police stations in the three local government areas of Mbaise. These damages were carried out by hoodlums who are yet unknown. With the philosophy of ‘rebuilding where you live’, the Mbaise Global Foundation (MGF) rose to the occasion and decided to lead the effort of Mbaise people to rebuild the burnt police stations.

MGF is a nonprofit organisation set up to act as a vehicle to raise and manage funds for Mbaise development. The foundation was founded in 2020 by some Mbaise sons and daughters in Nigeria and the diaspora as a strategy to implement the Mbaise Strategic Development Master Plan which was produced and published by Mbaise Leadership Forum (MLF) in 2019.

According to the Executive Director of MGF, Mr. Chris Ohanele, “some communities have vigilantes which are serving a useful purpose but do not have the power to prosecute suspected criminals. Only the police can do that. To facilitate the return of police personnel to Mbaise, Mbaise Global Foundation supports the initiative of Mbaise people to renovate the damaged police posts and associated facilities. Currently, fundraising is going on and renovation work has since started.”

The foundation is registered in Texas, USA as Mbaise Development Foundation (MDF) and with the Corporate Affairs Commission (C.A.C.) in Nigeria under the name Mbaise Global Foundation (MGF).

The Board of Directors of the foundation was constituted with members from all the five clans in Mbaise. The Chairman of the Board is Dr. Sylvester Ugoh, former Minister of Education and Minister of Science and Technology, while the Deputy Chairman is Mr. Frank Nneji, OON, MD/CEO of ABC Transport Plc. The board consists of 28 members, including incumbent Presidents of Ezuruezu Mbaise, Mbaise USA, and Mbaise Union Europe. Currently, they are Barrister Cy Anyanwu, Chief S.O.S. Echendu, and Hon. Kingsley Njoku, respectively.

In a message, Chairman of the Board of Directors, Dr. Sylvester Ugoh said “We in Mbaise believe that all of us, at home and abroad, have to contribute to the development of our area. Our vision is that the Mbaise Global Foundation (MGF) will be the vehicle through which funds for the execution of major development projects in Mbaise will be raised. This, therefore, necessitates that the various substantial organisations of Mbaise sons and daughters, world-wide, should each have a stake in MGF.”

Mr. Ohanele confirmed that “MGF has donated N6 million to the three LGAs in Mbaise towards the renovation effort. Each local government area has since received N2 million.” he said. The contribution of MGF is part of the funds also being contributed by individual Mbaise sons and daughters everywhere.

“However, it is very disheartening that after such a laudable effort by MGF and other Mbaise people to rebuild and modernize these police stations after the #Endsars attack, some yet-to-be-identified hoodlums came back to attack the Divisional Police Headquarters in Aboh Mbaise and razed it again. This unfortunate action took place on February 25, 2021 at about 7pm.

“MGF and Mbaise people remain undaunted though and are determined that hoodlums will not have the last word on a matter of such importance as security. As an indication of the resolve of MGF, Mbaise USA which is one of the major pillars of the Foundation, has committed a large amount of money towards security in Mbaise. Other Mbaise people around the world have also continued to donate funds towards this self-help effort to ensure security in Mbaise.

“Membership of the foundation consists of, and is open to, Mbaise organisations that share the vision of MGF and are willing to collaborate. Currently, member organisations are Ezuruezu Mbaise, Mbaise USA, Mbaise Leadership Forum (MLF), Mbaise Union Europe, Ikoro Global, ILMI (International Liaison of Mbaise Indigenes), Mbaise Top Seed Club, and Okpu Mbaise Global Association. There are varying degrees of commitment by member organisations. Efforts are ongoing to deepen that commitment.

“As part of the structure of the foundation there will be Advisory Councils charged with the responsibility to review, prioritize, and propose projects for the approval of the Board. Advisory Councils will cover the various areas of development earlier mentioned such as Health, Education, Security, Power/Energy, Innovation/Technology, Environment, Women Development, as well as Youth Development, Culture & Tourism, etc.”

Due to the urgent security situation in Mbaise and across Nigeria, MGF in 2020 set up the Security Advisory Council, codenamed CHEKWAMBA. The chairman of CHEKWAMBA is Brig. Gen. Joe Osuji (Rtd.). He is assisted by three co-chairmen from the three LGAs – AIG Charles Ugomuoh (Rtd.) Aboh-Mbaise; Air Commodore Peter Gbujie (Rtd.) Ahiazu; and Barrister Louis Alozie (SAN) Ezinihitte.

These co-chairmen are closely involved with the fundraising, fund management, and renovation. The Deputy Chairman of the Board of Directors of MGF, Mr. Frank Nneji, OON, and the Chairman of Associated Bus Company Plc (ABC) Transport is closely monitoring the progress of the initiative.

For Chief Alozie Aguwa, Director, Strategy & Operations of MGF, “It’s expected that as MGF continues to attract new affiliate organisations, its true position as an economic conduit for development will be rapidly realised. I am quite optimistic about the future prospects for Mbaise considering the opportunities presented by the establishment of MGF, a brainchild of Mbaise Leadership Forum that was initiated by Mbaise USA some years back”, he stated.

Communality is the word that unites the people of Mbaise and over the years they have worked hard to maintain the collectiveness which guides them in all they do. No wonder, people from other climes envy them and insinuate all kinds of words to tarnish their hard-earned global image. But the name-calling does not affect the peoples’ eagerness to do more towards development of their communities and local government areas. 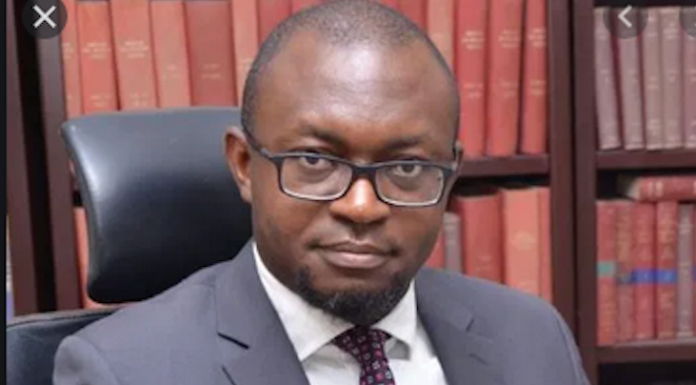