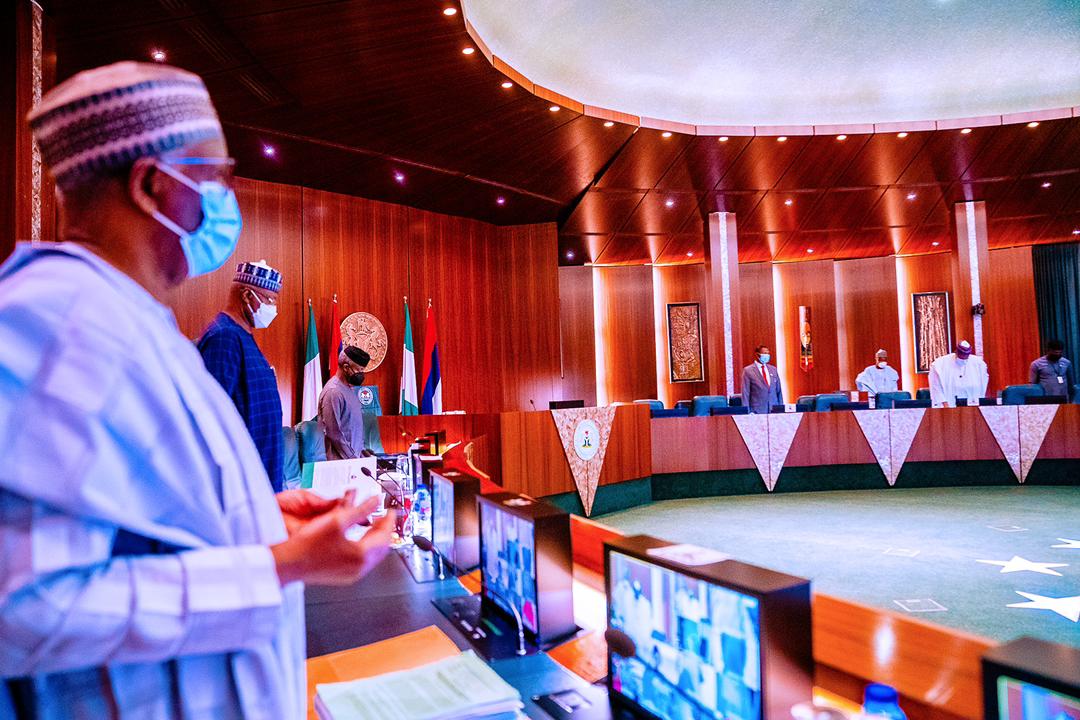 The federal government has approved the execution of infrastructural projects worth over N30.77 billion in five ministries and the FCT.

The benefitting ministries are: Power, Aviation, FCT, Finance, Budget and Planning and Transportation.

The approval was given yesterday at the weekly virtual meeting of the Federal Executive Council (FEC) held at the State House, Abuja with Vice President Yemi Osinbajo presiding.

Briefing journalists after the meeting, Minister of Power, Mr. Mamman Saleh, said his ministry presented two memoranda to the Council, which cumulated to a total sum of N10,730,393,742, adding that they were both approved.

“The other one is the approval of the contract for the design, manufacturing and supply of four fabricated sub-stations of 2×100 MBA 132 33 KV power transformers with complete accessories for deployment to Damaturu, Potiskum, Biu, and Maiduguri for the Transmission Company of Nigeria (TCN) in favour of Msssr Kidon T Good Electric Company Limited and Incomtel Engineering Limited in the sum of $24,387,850.22 cents plus N1,475,204,584.34. Altogether, it is N10,730,393,742.82”.

Also speaking, Aviation Minister, the Senator Hadi Sirika, said Council, approved the sum of N10,594,057,618.20 inclusive of VAT 7.5 per cent for the provision of Airport Management Solution for the international airports of Abuja, and that of Lagos and Kano, Port Harcourt and Enugu. It awarded the contract in favour of Messrs Arlington Securities Nigeria Limited, with a completion period of 12 months.

On his part, the Minister of Transportation, Hon. Rotimi Amaechi, who was represented at the briefing by Information Minister, Alhaji Mohammed, said he presented five memoranda to Council, all of which were approved.

According to him, the five memoranda, which touched on both the rail and maritime sectors of the ministry’s purview, had contracts cumulating to a total of N7.038 billion.

“The third memo is one seeking Council’s approval for the award of contract for the design, manufacture testing and commissioning of two power cars to be used on the narrow gauge by the Nigerian Railway Corporation, in favour of CRC Niginc Pozen Limited, at a sum of N1.662 billion.

“There’s another memo by the Minister of Transportation, which sought Council’s approval for the award of contract for the removal of wrecks along the Badagry Creek from Tincan Island to Navy Town Lagos State, in favour of Messrs Humba Marines Works Nigeria Limited, in the sum of N3,587,955,266.40 and it’s supposed to be completed within 25 months. This contract will benefit the National Maritime Administration and Safety Agency (NIMASA)”, he said.

He said: “The first memo is the approval for the contract for the provision of engineering infrastructure to a section of Asokoro District known as Abubakar Koko Street. This contract was approved for Datum Construction Nigeria Limited at a contract amount of N686,796,482.14 and it has a completion period of six months.

“The second contract approved is the contract for the construction of a 14.7 kilometre dedicated power line from the existing newly completed Kukwaba 132/33kv transmission station in Kukwaba District of Abuja. This is at the sum of N1,398,901,681.27 and awarded to Messrs Olivec Ventures Nigeria Limited and for a completion period of 12 months”.

The FEC also approved the sum of N316.5 million for the second phase of Project Lighthouse, aimed at debt recovery.

According to the Minister of Finance, Budget and National Planning, Mrs. Zainab Ahmed “Project Lighthouse is a data engine that collects, integrates and analyses data from revenue generating agencies in order to create insightful information for improved decision making.

“Messrs Carter House Consulting, a Nigerian technology company, who has worked with the ministry for three years, won the first phase of the contract in May 2019 and the second phase that is approved today is in the sum of N316.5 million