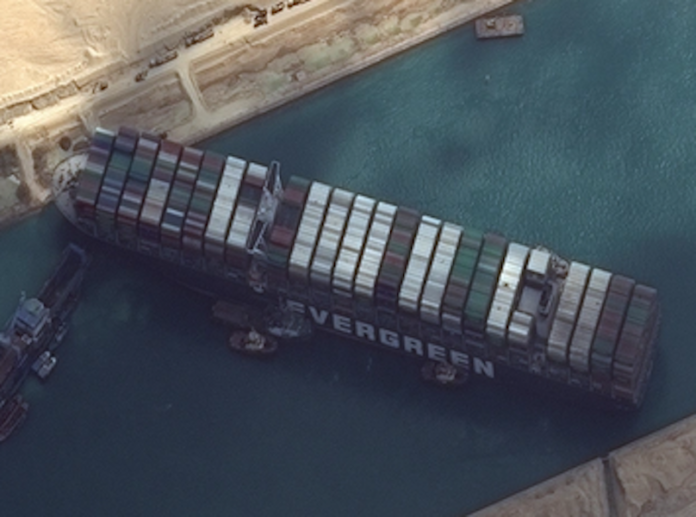 By Emmanuel Addeh with agency report

Workers have successfully set free a colossal container ship which for nearly a week was stuck sideways across the Suez Canal, after a flotilla of tugboats managed to wrench the bow of the skyscraper-sized Ever Given from the sandy back of the crucial waterway, where it had been firmly lodged since last Tuesday.

Tugboats were pulling the vessel towards the Great Bitter Lake, in the middle of the waterway, where it will undergo inspections as of yesterday afternoon and traffic in the waterway would resume, the canal authority said in a statement.

Egypt’s President, Abdel Fattah al-Sisi, earlier declared an end to the crisis of the giant container ship blocking the Suez Canal after its owners revealed it had been freed from the bank.

“I thank every loyal Egyptian who contributed technically and physically to ending this crisis. Today, the Egyptians have proven that they are always responsible.

“By restoring matters to their normal course, with Egyptian hands, the whole world can be assured of the path of its goods and needs that are carried through this navigational artery,” al-Sisi added.

Earlier, the owners of the Eiffel Tower-sized Ever Given said it had been freed from the bank but was still not floating.

Footage posted on social media appeared to show the 400 metre-long megaship facing the right direction in the water as tugboats battled to straighten it after the vessel smashed into the bank last week.

The stern of the Ever Given started to move away from the canal’s western bank, according to maritime traffic tracking sites Vesselfinder and myshiptracking.

However later in the day, a Reuters witness and a canal source reported that the ship had swung back across the channel amid high winds ahead of the next attempt to fully dislodge it.

The source said the ship’s bow was afloat in the water despite its change of position, and that the vessel had not become re-grounded.

The partial freeing of the vessel came after intensive efforts to push and pull the ship with 10 tugboats as the full moon brought spring tide, Leth Agencies said, raising the canal’s water level and hopes for a breakthrough.

Two heavier tugboats joined the mission on Sunday in a fresh bid to move the stricken Ever Given.

The Panama-flagged, Japanese-owned ship that carries cargo between Asia and Europe, got stuck in a single-lane stretch of the canal on Tuesday.

Despite a massive operation, authorities were unable to remove the vessel and traffic through the canal, valued at more than nine billion US dollars (£6.5 billion) a day, has been halted.

Two boats, the Dutch-flagged Alp Guard and the Italian-flagged Carlo Magno, were called in to help tugboats already there. They reached the Red Sea near the city of Suez early on Sunday.