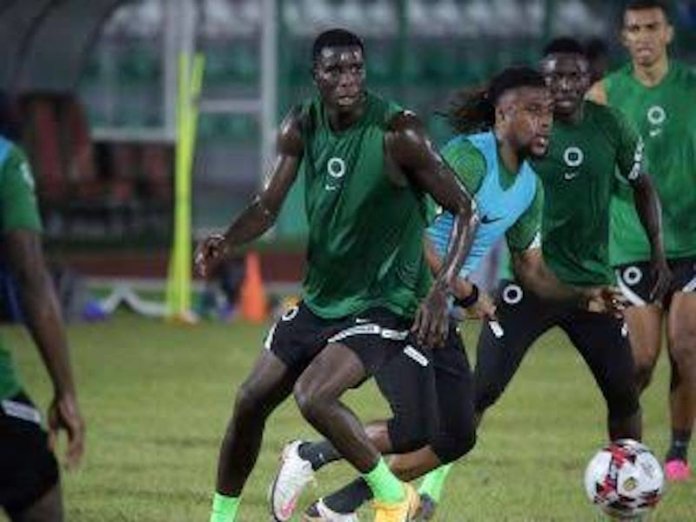 Nigeria Breweries PLC, partners of the Nigeria Football Federation, is laying on line the sum of NI million for the Man-of-the-Matchin this evening’s 2021 Africa Cup of Nations qualifying match between the Super Eagles and the Crocodiles of Lesotho.

The offer is being made through the 33 Exportbrand of the company and will see the best player of the day smile to the bank as a millionaire.

Another of the NFF’s partners, GAC Motors will also come to the stadium with a cheque of N1 million for the Most Valuable Playerof the day.

The naira rain guarantees that despite having qualified for the 2021 Africa Cup of Nations to be staged by Cameroon early next year, the Eagles will give their all in the encounter against the southern Africans at the renewed and upgraded Teslim Balogun Stadium.

On arrival back to the country on Sunday morning, the team was received by top echelon from corporate world and high profile celebrities in the entertainment industry, a platform provided by “33” Export lager at Heineken Beach House, Ilashe, up-scale in Lagos.

Even with the AFCON ticket already in the kitty, passionate football fans and consumers of “33” Export Lager are keen to see the Super Eagles go full throttle against the already eliminated southern African opponents.

“33” Export Lager’s football campaign slogan “Let’s Go Naija” captures the brand’s full support for the Super Eagles and a reminder to the millions of football fans to come out and cheer Super Eagles to victory.

In what will be the Super Eagles’ first competitive game in Lagos in 20 years, “33” Export will be giving the “Man of the Match” award during the last qualifying match on Tuesday.

Meanwhile, 33” Export Lager beer through its Brand Manager, Rex Anieke, has urged passionate football fans and consumers to stay solid behind the team as they prepare for the final qualifying match in Lagos and the main tournament next year in Cameroon.

“The brand’s partnership with Super Eagles is a unique one and “33” Export Lager is passionate at building a solid fan base for the team in something similar to what is obtained among top European clubs in Europe.