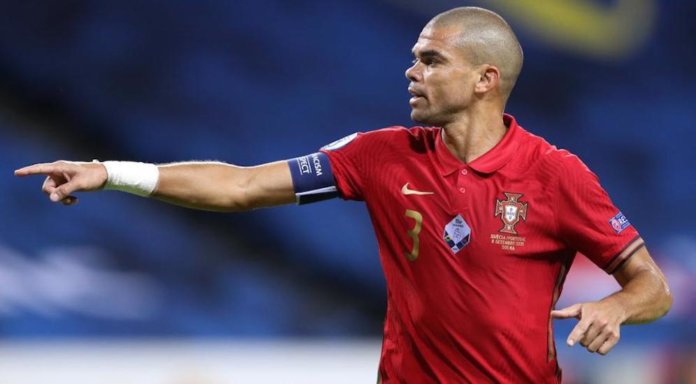 Pepe has withdrawn from Portugal’s first three upcoing World Cup qualifiers after suffering an injury in a league match for Porto, the Portuguese Football Federation (FPF) has said.

Pepe was due to return to the Selecao for the first time since October. The 38-year-old former Real Madid defender picked up a “muscle injury in his right leg” in a 2-1 league win at Portimonense on Saturday, Porto said.

Portugal will begin their 2022 World Cup qualifying campaign for Qatar against Azerbaijan in Turin on Wednesday in a match relocated to Italy for health reasons.

The European champions then travel to Serbia on Saturday and Luxembourg three days later.

Goalkeeper Rui Patricio has also been forced to withdraw from the squad after failing to recover from a head injury sustained playing for his club Wolverhampton. He was replaced by Olympiakos goalkeeper Jose Sa.