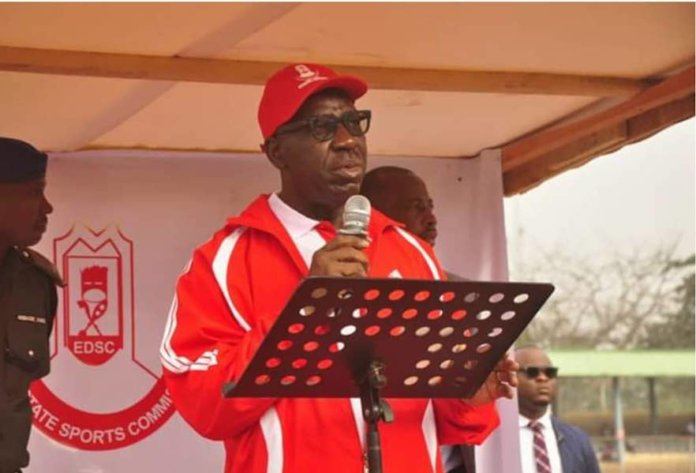 Nigeria’s 105 years record-smashing U-19 World Cup qualification in cricket in 2019 has carved a new level of interest for the game among the country’s youth as well as presented the game as an easy reach for sports development experimentation.

Barely seeded, and deep in the second division rank of the African cricket league, by the International Cricket Council (ICC) Africa’s classification, Nigeria was not the bookmaker’s choice for a World Cup ticket before the campaign kicked off in 2019.

However, riding on some underestimated revival championed by Professor Adams Ukwenya’s team at the Nigeria Cricket Federation, the jinx-breaking feat has opened up new possibilities and developmental model that can be stretched, explored, rinse and repeated across board. And this is what Edo State government has leveraged through its Sports Commission that is led by Barrister Godwin Dudu-Orumen.

“Cricket in Nigeria today is an interesting case, the game’s response to developmental efforts in the state has been exceptional. First, it has to do with the passion, focus and innovation that has been displayed by the team running the game in Edo State and the willingness to run with developmental guidelines cascaded from government.

“Second, I guess because they have within them a lot who have genuine grasp of the game’s local challenges. It was easy to come up with a model that caught-on for the game. We must admit that what they have can be improved upon and transposed to other sports” stressed Dudu-Orumen who has been working to replicate the success stories in the state.

Edo State has shown interest in using sports and its values as touchpoint for social, economic and even structural revival in the state.

Governor Godwin Obaseki has consistently posited that beyond active engagement, statistics of the state’s performance in sports over the years put it in an unusual advantage to lay a lasting structural reform around the sector that can benefit its people and the entire country both in the short and long run.

Dudu-Orumen insisted that the story of hosting the national sports festival was hinged on the many layered advantages that is embedded for the state and how is can be used as a developmental tool for other aspects of the economy.

“Governor Obaseki is very focused on tapping into the power of sports that is why we have made the level of investments we made and also been steadfast despite the odds presented by the pandemic,” he added.

But while uncertainty looms around the activation of the larger sporting goal, there has been a quiet experimentation with a number of sports internally on the side, one of which is cricket.

Uyi Akpata, the Chairman of Edo State Cricket Association, also sits on the national body as Vice President. He has brought administrative insight and experience from his different turfs to bear on the sport. This includes his position as former Captain of the golf section of Ikoyi Club 1938 in Lagos; the biggest membership club in Sub-Sahara Africa.

According to Dudu-Orumen, “Cricket came easy for us, Edo State has some legacies around the game, and some structures, and we just needed to revamp. We have latent cricket power that we tapped into. But I guess the biggest positives for the game for us in Edo was the strength of manpower available especially that of the current Chairman, Uyi Akpata and the team he assembled, their vision and experience for grassroots development, ties perfectly into what we have set as agenda.

“The state had interest in Football, Boxing, Rugby, Athletics, Golf and a few others that we can use for our developmental modeling, but cricket has been far more available and cheaper because of the commitment, passion and alignment the Edo State Cricket Association had.”

During the Under-19 World Cup qualification campaign by the developmental team that the federation presented, only four players were from Edo State.

Two years down the line and Edo State Cricket Association (ESCA) backed by the government alone can field a national team of teenage cricketers that are ready to take on the world.

Uyi Akpata, the ESCA Chairman said it was not that the state came out to dominate, but that the impact of the two years of focused investment and support by the government through the Sports Commission is beginning to yield fruits.

“The government and some sports philanthropists based in the state, especially PETS Foundation, have come to our aid, because some parts of the project need constant resources and facilitation which no aspect of the state is equipped with for now.

“Our first call was developing our own unique programme and roadmap with all the projected benchmarks and timelines. We were very fortunate to have great resources from the government and support from the Sports Commission who we are directly reporting to,” Akpata further hinted.

With the right tools, the state empowered the ESCA to adopt Edo Boys High School as the first centre for the experimental Cricket High Performance Centre, which is the first in the country.

“We needed to use that facility as our rallying point for the state cricket revamp” Uyi added.

The High Performance Centre which the Deputy Governor, Philip Shaibu, inaugurated last year has simultaneously become a national asset as the Nigerian Cricket Federation has adjudged it the best in the country following the upgrade works currently going on all major cricket ovals across the country.

Uyi said, “Beyond the High Performance Centre, In Edo State we set out to break the jinx around standard turf wicket construction in the country. This limitation has capped our talent development and the myth that we only needed some engineering sophistication to get it delivered in the country. So for a long time the best turfs has always been of concretes which has hampered our play once we take our players for international events.”

During the lockdown, there was a six-week online training with some turf experts from ICC, which culminated in the development of homegrown solutions for the age-long problems.

“We had support of the state and the Sports Commission and today, what we developed has turned the state into the centre for cricketing excellence. And we are working with other states to replicate these solutions now. The Unilag (University of Lagos) Oval and the Tafawa Balewa Square (TBS) Oval are adopting our solutions and should be open soonest,” he added.

For some time to come apart form the Edo State’s team and developmental purposes, the Edo Boys High School’ High Performance Centre would be the rallying point for all national events and teams.

“If we want to conditions our national cricket players for future international events, Governor Obaseki has made the state the place to be through this developmental project. And that is what we intend to achieve with other sports as well,”Dudu-Orumen reiterated.

Expounding on the implications of the state’s strategic move through cricket, the Vice Chairman of the state’s Cricket Association who oversees operation at the High Performance Centre, Barrister Abraham Oviawe, said that the level of progress achieved is hugely underrated.

“At the last National Under-17 Boys and Girls’ Championship, which the national body understandably hosted on the facility, the winning teams for both categories were predominantly home groomed players.

“These are new players that were just pure discoveries from the state programme. We also have a record breaker, a teenage girl, Piety Lucky who recorded a century during the event. These are not flukes. It is the result of a well-orchestrated sports agenda,” he insisted.

Apart from the Turf Wicket and the growing school-wide cricket campaign, the state runs two of the most active leagues in the country, The Edo State Cricket League and the South-south Female League. The latter is the first attempt at organizing a female league in West Africa.

The league factor has grown the developmental potentials and has opened up the state further as the hub for talents hunting, nurturing and expressions.

According to Oviawe, “We have had some electrifying moments here throughout the leagues. The learning have been tremendous, but most importantly, our path for a structured cricket development has never been clearer through the support of the Governor Obaseki’s agenda and Barrister Dudu Orumen for his depth of purpose.”

The first edition of the South-south Female League will be rounding up with a photo-finish Super-Four this weekend of March 20th and 21st and most of the players on parade are either first team players of the national team, some that already have invites for trials and some undiscovered talents waiting to be spotted.

Nigeria again will be vying for spots in this year’s Under-19 World Cup with qualifiers already scheduled for Abuja in October 2021. There are two other World Cup attempts by the male and female national teams on the cards later in the year. The odds are that Nigeria will pick at least one of the final tickets, but the secret sauce may be what is served this weekend when the fireworks for the Super Four for the inaugural female league descends on the Edo Boys High School Cricket High Performance Centre in Benin City.