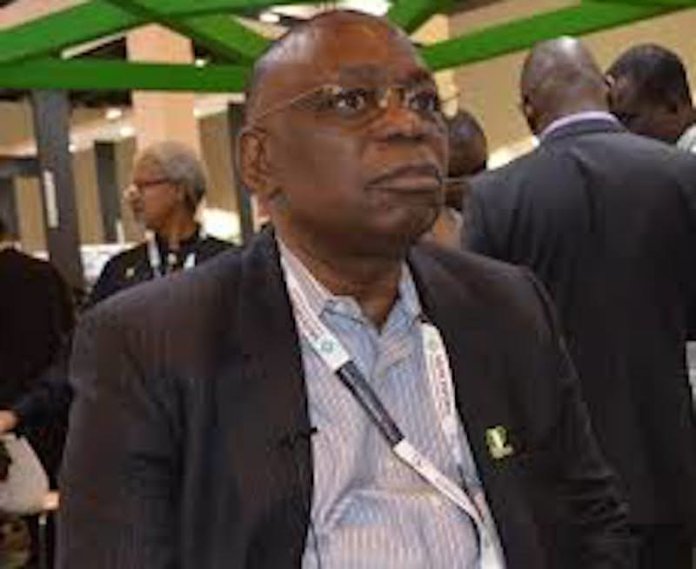 A firm, First Foundation Medical Engineering Company Limited, owned by the late Dr. Tosin Ajayi and his immediate family, has warned the public against intermeddling with assets, including landed properties belonging to the deceased pending the regularisation of ownership of the firm.

The firm, in a letter to the Managing Director of Digital Landlords Nigeria Limited and Shorter Homes, which also drew the attention of one Keji Giwa, said any transaction by anyone under any guise would amount to fraud and would be prosecuted accordingly.

The firm as well as the wife and daughter of the deceased, Mrs. Helen-Prest Ajayi and Miss Tomisin, in a letter of caveat against intermeddling in assets of Ajayi, said they were alerted to a “proposed illegal sale of landed property lying and situate at Ilasan Village, Eti-Osa Local/Government Area of Lagos State measuring 3.873 hectares identified as Block A in Survey Plan No. PLS 294A/LAG.89 dated July 13, 2001, and contained in a Deed of Assignment dated January 2013 duly registered as No. 58 on page 58 in Volume 2413 of the Register of deeds kept at the Lagos State Land Registry hereinafter referred to as “the property.”

The property was acquired and owned by Ajayi as the alter ego of First Foundation Medical Engineering Co. Limited and his other associated companies in business partnership with his wife, Helen-Prest, who was said to be a shadow-director in the company.

However, following the demise of Ajayi on April 26, 2020, the company was left with a sole surviving director, who doubles as sole surviving subscriber to some of its shares.

In the letter written on behalf of the firm and immediate family by their lawyer, Mr. Abiodun Owonikoko (SAN), the complainant said under the applicable law, when a company, by whatever reason, ceased to have at least two shareholders and at least two directors, the legal result is to render the company incapable of being run, committed or otherwise lawfully operational until its ownership and board composition are regularised to replace the exited members by appointing additional or replacement to fill the vacancy vide a court-ordered Extraordinary General Meeting (EGM).

“The death of Dr. Tosin Ajayi on April 26, 2020, who was laid to rest on February 2021 precludes anybody, for the time being, from intermeddling or being able to lawfully transact business or negotiating deals on the assets of the company until the hurdle of court-ordered extraordinary general meeting to regulate its affairs is crossed.

“With respect to the personal assets of the deceased, only legal representatives duly granted probate can deal in same for the benefit of his surviving beneficiaries in accordance with the applicable laws of inheritance and succession,” Owonikoko stated.

While noting that mandatory judicial processes as regards ownership are yet to be concluded, the complainant stated that since the demise of Ajayi, one Mrs. Oluwayemisi Ajayi, who they claimed was never involved in the affairs of the company and effectively ceased to be associated in any way with the company and its said alter ego, more than 35 years ago upon estrangement and represented divorce from Ajayi, had arbitrarily usurped powers of the company without calling for an extra-ordinary general meeting as required by law.

“This has raised grounds for worry and genuine apprehension of imminent fraud and dissipation of the assets of the company.

“Resultantly, we were caused by our client to preemptively petition the Corporate Affairs Commission in a bid to restrain the unsavory scheme of Mrs. Adenike Oluwayemisi Ajayi in July 2020,” the lawyer said.

He added: “In spite of the above, some enlisted agents apparently commissioned by the intermeddlers in affairs of the company and deceased estate, seem to be undeterred in their ploy to unlawfully convert and dissipate the assets of the deceased for which reason they have initiated processes towards selling the property to you without any colour or pretense of authority or documents of title.”

Owonikoko stated that the caution letter is not limited to the specific property cited above but applies to all the real and personal assets, which Ajayi left behind for his beneficiaries.

According to him, any purchase of the property, sequel to this caveat letter and notification of the above facts, will amount to complicity and collusion in fraud for which persons entangled directly or as accessories risk both criminal prosecution and civil litigation for wrongful meddling in the intestate estate of Ajayi.

Those copied in the letter include Adenike Ajayi and her lawyer, Chief Femi Falana (SAN); Chairman of the Economic and Financial Crimes Commission, (EFCC); and Attorney-General and Commissioner for Justice, Lagos State.