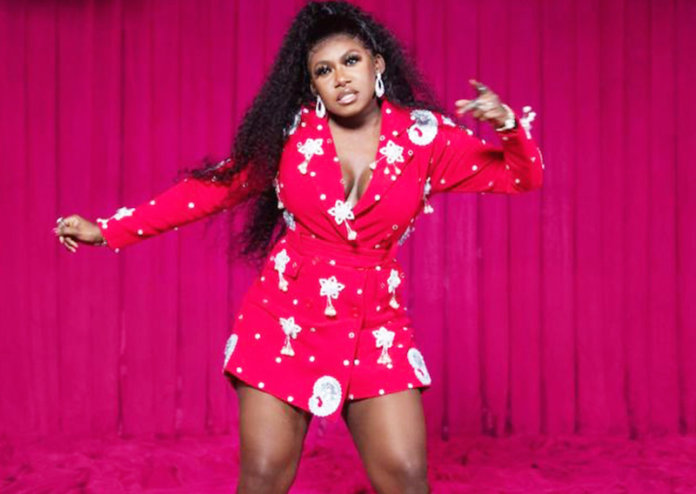 Nigerian vocalist, singer and performer, Niniola has released a new body of work titled “6th Heaven”. The 5-tracks body of work is an R&B project with cool and melodic tune. With this new EP, the Afro-house Queen restates her vocal prowess and versatility as she goes back into RnB, waxing out songs like ‘The One’, ‘Baby’, ‘Ryde’ and the title track – a song dripping with sexual innuendos and intense sensuality.

The 6th Heaven, which was released early hours of Friday 5th March 2021, showcases Niniola’s originality and leads with her recent single, ‘Promise’. The video of ‘Promise’ was warmly received by fans with praiseworthy comments for the Maradona crooner. The EP, which is the singer’s third studio work, follows her 2020 Colors and Sounds album on which she featured South African singer, Busiswa and American Producer, Timbaland.

Unlike Colors and Sounds, 6th Heaven features Niniola alone. On the heels of her last studio project, her editors, while describing her music style, said: “From Afro-house to Afro-fusion, Amapiano and R&B, Niniola can do it all. The Nigerian singer deftly navigates a spectrum of sounds, her distinctive vocals bending and soaring equally over house samples and Afrobeats.”

A product of Nigerian talent shows, Niniola always excelled due to her high-caliber vocals. In those days, she sang a lot of Ballads, classic soul records and R&B. Niniola heavily leaning on her vocal strength is the highlight of this EP. All songs were written and performed by Niniola who also executively produces alongside Michael Ndika. Instructively, Niniola’s producers impressively leaned on sounds from recognizable instruments. “Sometimes, it felt like elements of funk were slowed down for this EP,” a critic observed. Producers who worked on the EP include DJ Rombee, Yung Willis, and Kimzbeat, while mixing and mastering credits go to Synx. The observation followed that “Nonetheless, 6th Heaven is a wringing simulation of ‘90’s R&B from Niniola’s perspective about love, her meticulous description of sex, struggles in love and her knack for testing the limits of her incredibly dense vocal range with vocal exertions. She always says, ‘I love to sing…’ and this EP proves that… once again.” Niniola takes herself back into that RnB realm.

While younger R&B lovers can relate to Niniola’s quest to be taken to the ‘6th Heaven’ of ecstatic love-filled sex and her assured declarations on ‘The One,’ a lot of older folks will also enjoy the classic R&B sound on 6th Heaven. The best vocal performance (female) awardee at the just concluded 14th Headies Awards, in 2017 had carved a niche for herself in the music industry through massive singles like ‘Maradona’ and ‘Bana’ on her debut standout album, “This Is Me”.

Her lyrics are lewdly coded if you listen to her exploiting the Yoruba language to sing. She subtly admits the Yoruba language makes her song’s delivery beautiful. The singer, who is widely known for singing erotic songs, revealed in a recent chat that her lyrics are often time X-rated because of the liberation she got from her family. “It’s because of the liberation that I have. First of all, I am from a polygamous family and I’m Yoruba and there’s nothing like one person is more superior to the other,” she said. “Everyone is equal. So that freedom to be who you want to be started from my family, my immediate family.”