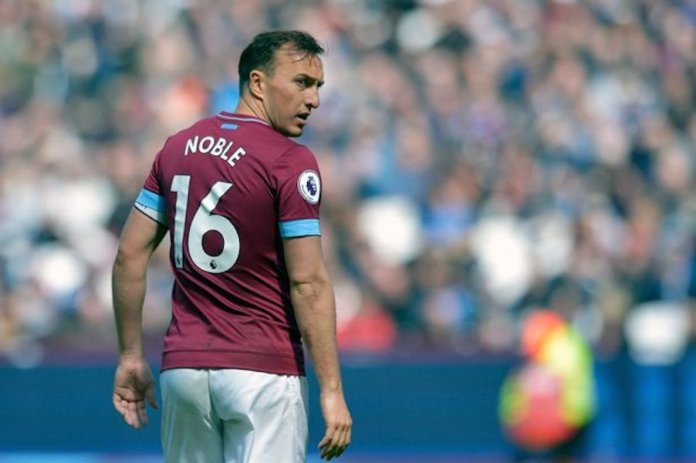 West Ham captain Mark Noble has announced that next season will be his last at the club after signing a one-year deal.

“After much consideration the 2021-22 season will be my 18th and final one,” said Noble in an open letter to fans.

Noble is a product of the club’s youth academy and made his debut in 2004.

The 33-year-old midfielder has made more than 500 appearances for West Ham but has found his first-team opportunities limited this season.

“It is a decision I have made following a lot of discussion with my family, my friends and people at the football club,” he said.

“I’ve also had conversations with the manager and it’s clear that he and the club want to build something and continue to take the football club forward in a positive way – a way I fully believe in – while my desire to keep pushing the ethos and values of West Ham United, especially to our new signings and young players coming through our academy is as strong as ever.”

Noble, who has made 18 appearances this season, says he still has more to offer the team after signing his one-year extension.