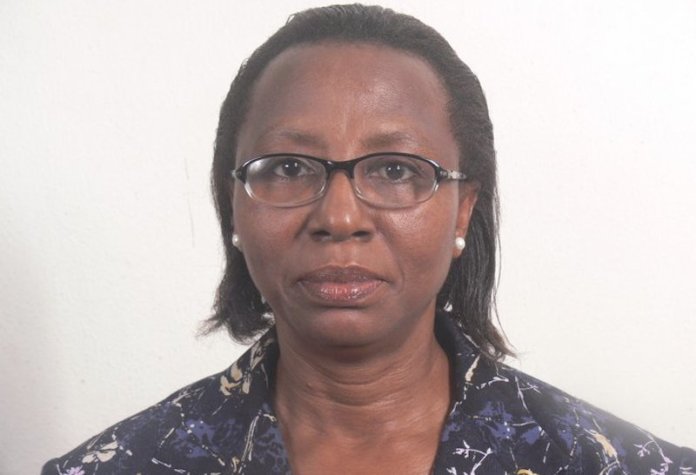 The Holy Book says that for everything under sun, there is a season –a season, inter alia, for coming and a season for going. For a young lady named Chioma, who was to later grow in fame as Prof. Chioma Kanu Agomo, her time to come was 41 years ago when she joined the academia as a teacher of law. After an exceedingly illustrious career, her time to go came when she bowed out on March 1, 2021 with distinctive honour.

Having had the rare privilege of learning at her feet, I crave your indulgence, in spite of my obvious incompetence, to try my hands on doing a portrait of an egg-head who severally broke the glass ceiling in the course of her diligent service to God and man. As a scholar, she was erudite in a superlative sense and her accomplishments eloquently speak to contemporary challenges that beset both the study of law and the legal profession in our society.

In my days as her student, faculty of Law, University of Lagos paraded, to the envy of its peers, an array of brilliant teachers who also knew the law and how to transfer knowledge to seekers. Without meaning to flirt with immodesty, it is doubtful that any other faculty of law in Nigeria, both then and now, could beat a roll call of teaching staff that included Prof. Amaechi Uchegbu, Prof. O. Obilade, Prof. Akin Oyebode, Prof. E.O. Akanki, Prof. A.A. Adeyemi, Prof. Taiwo Osipitan, Prof. Yemi Osinbajo, Prof P.K. Fogam and Prof. I.O. Agbede, among others.

It was in the midst of these distinguished law lecturers that Prof. Agomo, with an encyclopedical knowledge of law, carved a niche for herself as the teachers’ teacher – a teacher amongst teachers. Before our very eyes, she rose to head the commercial law department; and available records show that her footprints there have remained indelible. She was to teach us law of contract as we progressed in our tedious training, and I’m convinced that many of my classmates, our seniors and juniors alike, would agree with me that it was on account of her amazing teaching method that we almost effortlessly grasped that the essential elements of a contract were “offer”, “acceptance” and “consideration”. With that as our take-off, it then became understandable why her course turned out to be a delight and when we eventually wrote her exams, the casualty figures were negligible.

Prof. Agomo, decent, soft-spoken, detribalized and urbane, is a stickler for rules and proudly carries the things of God, as we say in our clime, on her head! She is a devoted and conscientious mother who goes out of her way to direct those under her wings in the right direction and, to be sure, never spares the rod in order not to spoil the child. She does not only care about her students’ academic standing; their moral health and spiritual wellbeing are equally of utmost importance to her. These and more she so admirably demonstrated as Staff Adviser to Christian Law Students Fellowship of Nigeria (CLASFON), University of Lagos Chapter.

When the news broke, few years after our graduation, that Prof. Agomo had ascended the coveted seat of Dean of Law, not many of us were surprised, for she was a teacher who had extended the frontiers of legal scholarship and left a number of unblemished legacies. Rather, we rejoiced in ecstasy with our alma mater because the learned professor’s historic elevation marked the very first time Unilag, with its finest academic tradition, would be producing a female Dean of Faculty. As mentioned earlier, Prof. Agomo’s 40 impactful years of service to humanity are dotted with different shades of trail-blazing!

Most of her ex-students would argue that save for phenomenal academics like Prof. Grace Alele-Williams and Prof. Jadesola Akande, finding her peers within our shores would be a tall order. Globally, Prof. Agomo, no doubt, could pass for Nigeria’s Barbra Tuchman, a famous American historian who is a two-time winner of the Pulitzer Prize for history. Likewise, wherever Susan Sontang, the New York-born intellectual colossus and writer is being celebrated for her critical essays on avant-garde culture in the 1960s, Nigeria could make a valid case for Prof. Agomo’s inclusion.

I am, for the avoidance of doubt, a fan of Maya Angelou, a celebrated poet, dramatist, memoirist, teacher and historian – all rolled into one who holds the rare record of being decorated with over 50 honourary degrees, but my admiration for Prof. Agomo is, for good measure, much more fanatical.

Prof. Agomo is beautiful in and out, and she matches her awesome intellect with flawless integrity that could make one mistake her for a devotee-cum-professor of ethics. At a personal level, I benefitted immensely from this workaholic amazon. We share some family ties that earned me special care from her. I grew up knowing her father, late Chief Henry Kanu Offonry as a quintessential gentleman who was not only a devout Christian but a notable pillar of Methodist Church Nigeria (MCN) – our joint heritage, a doyen of public relations practice in Africa, renowned publisher and an elder statesman who served his nation with remarkable diligence.

Whilst her father can be said to have positively inspired me at the formative stage of my life, Prof. Agomo did considerably influence my passion, as an undergraduate, for moral re-awakening of young people of Nigeria which eventually led to the birth, in 2001, of Centre for Ethical Rebirth Among Nigerian Youths (CERANY), with her and others like Professors Akanki, Oye Ibadapo-Obe, J.I Omoregbe and C.S. Momoh providing the requisite psychological stability that enabled us to trudge on in our self-imposed task of ridding our generation of commonplace vices such as drug abuse, examination malpractices, cultism and the like. Nigeria sure needs more Prof. Agomos in their thousands.

As I celebrate Prof. Agomo’s glorious exit from the classroom, I’m super-excited to also wish her a happy 70th birthday celebration. Double honours, that is! God bless you immeasurably, Prof. May the good Lord reward you generously for being a beacon of light to those for whom you laboured ceaselessly on the Tower. Your ending shall be better than your beginning, in Jesus’. Amen.