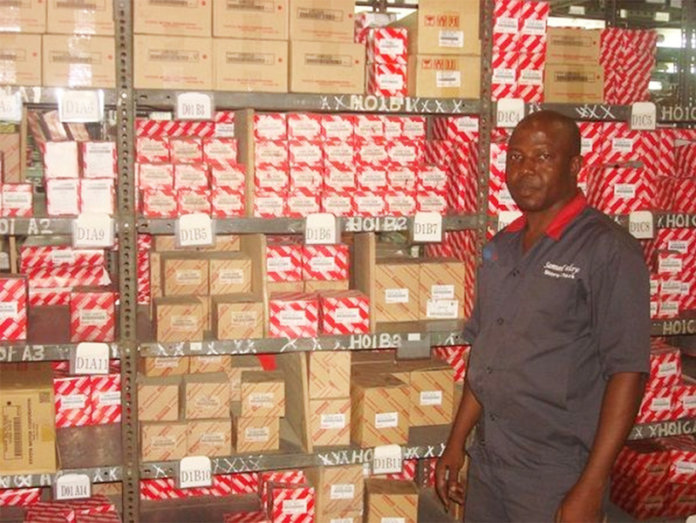 As Chukwuemeka opened up his new shop for its first day of business, his face lit up with a smile as bright as the lights on a football field during a Champion’s League finals match. An energetic young man, Chukwuemeka, just completed his Imu-Ahia apprenticeship after spending 7 years learning the trade of buying and selling cars under the tutelage of his master, Mr. Chikodi Odilli. Established with his Oga’s cash gift received at his graduation, Chukwuemeka beamed with pride at his accomplishment and newly elevated status as a businessman. Chukwuemeka’s story is not uncommon. Many young men like him from South-Eastern Nigeria enter the informal Igbo apprenticeship system, also called Imu-Ahia, annually.

Imu-Ahia, the Igbo apprenticeship system is an informal system where established business owners take in young boys and train them in their line of business while they serve as apprentices. Imu-Ahia literally translated as ‘to learn marketing’ is an integral part of Igbo culture. The Imu-Ahia process in some Igbo villages begins with a formal traditional handing over ceremony between the young boy’s family, the ‘Oga’ and respected elders as witnesses. Here, the Oga states his expectations and assures the family of the boy’s welfare, while the family admonish the boy to remain faithful, honest and hardworking to his Oga.

This apprenticeship is unpaid, although the Oga typically provides housing, food and clothing. The training period is usually about 6- 8years, after which a graduation ceremony would be held for the apprentice during which the ‘Oga’ gifts the young man a sizeable sum of money and sometimes even extends a line of credit for the purchase of goods required to set up a new business. This training system evolved from the long-standing practice of sending younger family members to live with older relatives in other towns who supervised or provided education, whether formal or informal (trade). It gained prominence at the end of the Nigerian-Biafran civil war in 1970 which left many Igbo people impoverished, unable to recover pre-war assets, especially those located in other parts of Nigeria. Built on the Igbo principle of lekọta nwanne gị nwoke- meaning ‘take care of your brother’, the system sought to restore and develop Igbo wealth.

The Igbo apprenticeship system has been referred to as the secret of Igbo commercialism and success in trade. This community partnership ensures the training of new generations of successful business people. This training system has offered many a path out of poverty and created a large number of millionaires and billionaires. Imu-Ahia is now one of the critical training phases most young Igbo boys must pass through before becoming independent. Some even prefer this route to formal education or combine their service period with formal education.

The training system is not faultless. One of its key issues is when some Ogas falsely claim a trainee has stolen money or goods towards the end of the agreed apprenticeship period as a sly means of wriggling out of their commitment to the apprentice. In addition, there has been no record of an Igbo girl/lady passing through same system. However, the pros of the system supersede the cons and is confirmed to be of immense benefits in the long run. Beneficiaries of this Imu-Ahia training have gone on to establish several well-known enterprises. Supermarkets like popular Prince Ebeano chain of stores, Blenco Supermarket; Car outlets like Coscharis Motors, God is Good motors; many industrial and trading companies in Lagos State and beyond.

The Igbo apprenticeship system is one of the many untapped blessings the Nigerian Culture possesses. The widespread success of Imu-Ahia has drawn people from other parts of Nigeria and foreign nationals to study its model in the hopes of recreating a similar system. The advantages of the Igbo apprenticeship system are numerous, some of which include:

•A form of startup incubator: This model can be compared to the now common modern-day incubator program. It gives practical business knowledge and insight. Some have likened the kind of business skills acquired during this training to those obtained in a more traditional business school.

•The Imu-Ahia model is an excellent example of mentorship; in other words, “catch them young” mindset. The training is usually done on a more personal level compared to formal education, and so incorporates social grooming, values and ethics development. The boys go through this training at a young age and become young experts on both the hard and soft skills required to run a successful business.

•Opportunity for Entrepreneurship mindset: The Igbo apprenticeship system builds an entrepreneurship mindset regardless of the mentee continuing in that same business line or setting up a new one entirely. It helps fine-tunes business ideas and skills that build expertise even at the startup stage, thereby eliminating the startup error syndrome. Graduates of this system are usually good sales and marketing experts. Perhaps, this is as a result of the reinforcements usually attached to how well they perform while looking after the trainer’s store.

• Opportunity for securing Angel investment to run a business: At the end of the Imu-Ahia training, the trainee receives funds to jump-start his own business, at little or no interest rate.

• It reduces the rate of unemployability and poverty. The purpose of the Imu-Ahia training is to ensure that clansmen overcame poverty and establish a pathway for generational success. Apprentices receive on-the-job train, which offers the opportunity to acquire applicable skills.

As Nigeria continues to face economic instability and a decline in public education quality due to poor infrastructure and funding, many youths are undertrained and find it difficult to secure jobs. The Igbo apprenticeship model, an effective pipeline of training and developing entrepreneurial skills in the face of repeated obstacles offers a guide for an adaptable training system that equips young people with the requisite skill to succeed.

• Tunji Adegbite is a thought leader in Strategy and Supply Chain, who is also the founder of Naspire, a business research platform using business insights to help entrepreneurs and professionals in Africa succeed. He can be reached via tunji@naspire.com