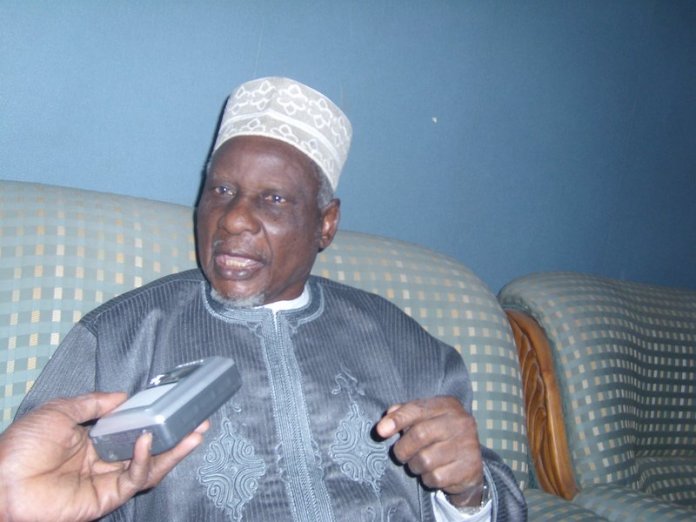 An elder statesman, Alhaji Tanko Yakasai, has disclosed that his son, Mr Salihu Tanko-Yakasai, the Special Adviser on Media to Governor of Kano State, Dr Abdullahi Ganduje has been arrested by security operatives.

Tanko Yakasai confirmed the arrest of his son to reporters in a telephone interview in Kano on Saturday. He said his son was arrested on Friday on his way to a barber’s shop in the city.

“Yes, Salihu has been with the security operatives since yesterday (Friday). He was arrested on his way to a barbing saloon. But I cannot confirm to you whether he is here in Kano or somewhere else,” he said.

Sources close to Mr Salihu Tanko informed our Correspondent that he was taken to Abuja by the security operatives.

Spokesperson of Kano state police command, Mr Abdullai Haruna Kiyawa, told reporters that he was not aware of the development.

Recall that Ganduje’s media aide had called on the President Muhammadu Buhari-led government to either deal with bandits in the country or resign.

According to him, the fact that the development came about a week after bandits also abducted some schoolboys in Kagara, Niger State, showed that the government had failed in its primary responsibility.

He said the All Progressives Congress-led government had failed Nigerians, noting that it cannot continue to lament when tragedy occurs without taking any action to prevent a repeat.

Mr Salihu wrote on Twitter: “Clearly, we as the APC government, at all levels, have failed Nigerians in the number 1 duty we were elected to do which is to secure lives & properties. Not a single day goes by without some insecurity in this land. This is a shame! Deal with terrorists decisively or resign.”

The embattled media aide was sometimes in November 2020 suspended from office for several weeks after criticising President Buhari over his failure to tackle the security challenges bedevilling the country.