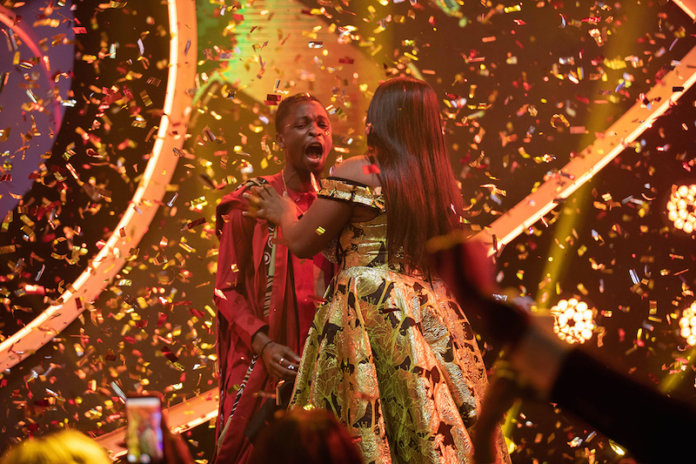 Nearly a year ago, Nigeria recorded the first COVID-19 case. Initially, it seemed like a bad dream that would disappear at sunrise but as the days sped by, the nightmare of the pandemic turned to reality.

Despite the uncertainty that accompanied the virus, other underlying issues reared their ugly heads. From the economic downturn to civil unrest, last year was a bumpy ride for most Nigerians.

However, DStv, a leading digital video entertainment platform in Nigeria came to the rescue. The company which controlled 10.23 million subscribers of the estimated total 28.4million active Pay-TV subscribers in the country, according to a 2019 report by Statista on Technology and Telecommunication report, through their various channels offered different entertainment content to help Nigerians overcome the ennui of the lockdown. From flashbacks to new content, they kept Nigerians glued to the screen.

They organised the Hope For Africa Concert which was held on May 31, 2020, and had the likes of 2Baba, Davido, Banky W, Diamond Platnumz, Praiz and Waje performing at the three-hour televised special. That same month witnessed the launch of ‘Turn Up Friday’ and ‘Owambe Saturday’ for party and social clubbers.

This came as a huge relief and a sign of hope, not just for Nigerians but citizens of 48 countries where the special aired on Africa Magic Family (DStv Channel 154). It also became a rallying point to spread some encouragement and safety tips against the virus, as well as raise funds for frontline workers around the continent.

By the next month, football action returned to the screens of Nigerians.

In July, normalcy seemed to have returned with the premiere of the fifth season of the Big Brother Naija franchise. The season which was rightly themed BBNaija Lockdown marked a boost for new entertainment.

The latter part of the year saw DStv offering new channels and content to keep subscribers entertained. The formula still carried on to the new year. Last month, the platform introduced the Step Up campaign where subscribers were encouraged to upgrade to get a higher package.

Also, a new channel Honey was launched this month. The channel specifically caters to the African lifestyle.

Perhaps, the biggest news of all is the return of Nigerian Idol season 6. The show will begin airing on March 14, on DStv channel 198 and GOtv channel 29 with the most memorable moments of the auditions. The main episodes will air weekly starting Sunday, March 28 at 7pm on Africa Magic Showcase, Urban and Family.

Africa Magic’s Channel Director, Wangi Mba-Uzoukwu remarked that “this season’s Nigerian Idol will produce a fresh crop of talent who will be well-grounded to conquer both the local and global music scene. This year, we received over 3,600 entries and I thank our outstanding judges for painstakingly reviewing every participant to ensure we got the best from the pool of entries.”

Sponsored by Bigi, the edition’s panel of judges include creative entrepreneur, Obi Asika, singer Seyi Shay and celebrity DJ Sose. The show will be hosted by media personality IK Osakioduwa. Nigerian Idol will also be available in the United Kingdom, Italy, France, Australia and 23 other countries via the online streaming service, Showmax.

Also, fans of BBNaija can relive moments from season 5 from Monday, March 1 till Friday, 26 March on DStv Africa Magic Urban and Africa Magic Family and GOtv channel 2 at 10pm.

No doubt, Nigerians will have more entertainment to binge on DStv even as the last days of the pandemic nears.