Responders Avert Fire Disaster at House of Reps 52 mins ago 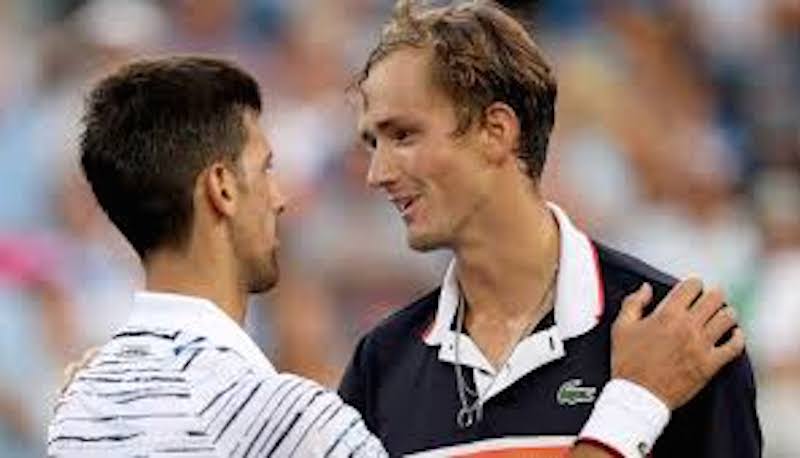 Daniil Medvedev produced a masterclass against Stefanos Tsitsipas to reach his maiden Australian Open final where the Russian will take on eight-time champion Novak Djokovic on Sunday.

Medvedev, who was the runner-up at the 2019 US Open, extinguished the hopes of the 22-year-old from Greece with a 6-4 6-2 7-5 victory to make it 20 wins in a row, including 11 against Top 10 players – a streak that included a win over Djokovic at the ATP Finals in November.

Playing in his third Grand Slam semi-final, Tsitsipas was unable to conjure up another miraculous recovery having already come from two sets down to knock out Rafael Nadal in the quarter-finals.
The 25-year-old was impeccable on serve throughout and he broke his opponent five times on his way to the final as he silenced the pro-Tsitsipas crowd on Rod Laver Arena.

Fourth seed Medvedev pushed Nadal hard in his previous Grand Slam final at the US Open in 2019, coming from two sets down before losing in five, and he must now do what no tennis player has so far managed by defeating Djokovic in an Australian Open final.

Speaking on court, Medvedev said: “(It was) definitely not easy. (Tsitsipas’) match with Rafa was kind of the same score in the first two sets, third set Rafa was dominating so I got a little bit scared and tight because it’s the semi-final of a slam.

“For us it’s not the 50th like for Novak or Roger Federer so it was not easy but I’m happy I managed to turn my game on, especially in some tough moments on my serve and really happy to be in the final.
“It’s him (Djokovic) who has all the pressure. I just hope that I’m going to get out there, show my best tennis. He has for sure more experience but more things to lose.”

Only four players: Federer, Nadal, Djokovic and Murray have occupied the top two positions in the ATP rankings since July 2005. That will change if Medvedev wins Sunday’s Australian Open final.