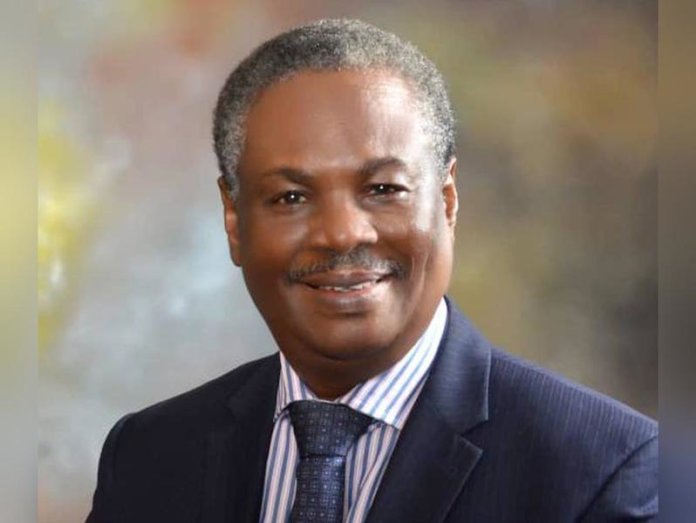 Penning a tribute that captures the elephant-size life of my departed uncle, mentor and father-figure, Dr. John Oyediran Olabisi, who transited on January 13 at 71, was a difficult task. Not for lack of words or how to express my thoughts. Being far younger to him, I considered myself unqualified to document Omooba Olabisi sufficiently. He was a rare human type whose impact on me, as well as on others, made tribute writing a great task.

In every respect, Dr. Olabisi was one of the greatest men Henry W. Longfellow had in mind in his poetic lines: Life of great men all remind us; we can make our lives sublime; and, departing, leave behind us, footprints on the sands of time.

A man of many positive parts, he was a prince, an accomplished Nigeria and United Kingdom-trained Ear, Nose and Throat (ENT) surgeon, distinguished administrator, entrepreneur, ordained deacon of the Baptist Church, philanthropist and community leader, who used his life, resources and talents for the benefits of humanity, society and the kingdom of God.

Born on January 2nd, 1950 of royal blood – a prince of the ancient Iganna kingdom in Iwajowa Local Government Area of Oyo State, his father was late Oba Alabi Owolabi Olabisi, the Shabiganna of Iganna, while his mother was Olori Abigail Ajike Olabisi (a.k.a. Mama Ajiroba).

Destined to be great though, the death of his father when he was just nine years old, was his life’s first challenge. So, young Olabisi faced poverty and had to live with different relations and good spirited individuals who supported his early, middle and secondary education.

Regardless of the vicissitudes of life, he was determined to live his dream of greatness. He also imbibed a lifetime commitment to be the shoulder for others to lean on and rise to greatness in their various endeavours.

Dr. Olabisi’s footprints were indeed global. Having trained as a medical doctor at the University of Ibadan and a specialisation programme in Scotland as an ENT surgeon, and qualifying as a Fellow of the Royal College of Surgeons in Glasgow, he had a distinguished public service career with the Oyo State Government. He got to the pinnacle becoming the pioneer Permanent Secretary of Simeon Adebo Staff Development Centre from where he retired from service in 2010.

He contributed significantly to qualitative healthcare delivery in Oyo State, South-west and Nigeria as a whole through Highland Specialist Hospital, Yemetu, Ibadan which he founded in 2000. His footprint extended to Saudi Arabia’s medical space in 1990 where he worked as an ENT surgeon at King Faisal Hospital.

As an entrepreneur, Highland Specialist Hospital that he founded in partnership with physicians from across specialised fields of medicine, was one of the comprehensive healthcare facilities in Ibadan. Dr. Olabisi also contributed significantly to national economic growth and job creation through investment in the banking sector as Board Member, Crest Microfinance Bank Nigeria Limited and Chairman, Aibio Microfinance Bank respectively.

My personal testimonial of his entrepreneurial prowess was the dexterity he brought onboard when he served as the Chairman of MediaLedge Nigeria Limited, an integrated marketing communications company, of which I was the founder and managing director. Uncle Olabisi’s wealth of experience, mentoring and connection opened great doors for us. I shall remain eternally grateful to him.

His commitment to philanthropy and selfless service was second to none. While in the public service, Olabisi was the preferred doctor every patient loved, to attend to them. He was very caring, loving, empathetic and compassionate. His private hospital was known as ‘ile aanu’ (mercy house) because on many occasions, Dr. Olabisi treated and discharged patients who were unable to pay medical bills. Beneficiaries of his rare act of kindness are numerous.

A community leader and man of the people, his many alluring testimonials include being in touch with his roots. He launched a community hospital in his hometown Iganna, Oyo State, in memory of his father, HRH Alabi Olabisi, in 2020. He was also General Secretary, The League of Iganna Patriots, as well as Chairman, Ibadan Branch of Olivet Old Students Association, his alma mater.

A good soldier of Jesus Christ, Dr. Olabisi, who gave his life to Christ in 1973, together with his amiable wife of over 45 years, Mrs. Bolanle Olabisi, served in the church as deacon and deaconess, and as Sunday School teachers. He also maintained a good home grounded on sound family values that made his home a home for all and sundry.

Indeed, Dr. Olabisi’s passage, though painful, is a celebration of life of excellence and positive impact.

Ige wrote from the United States of America