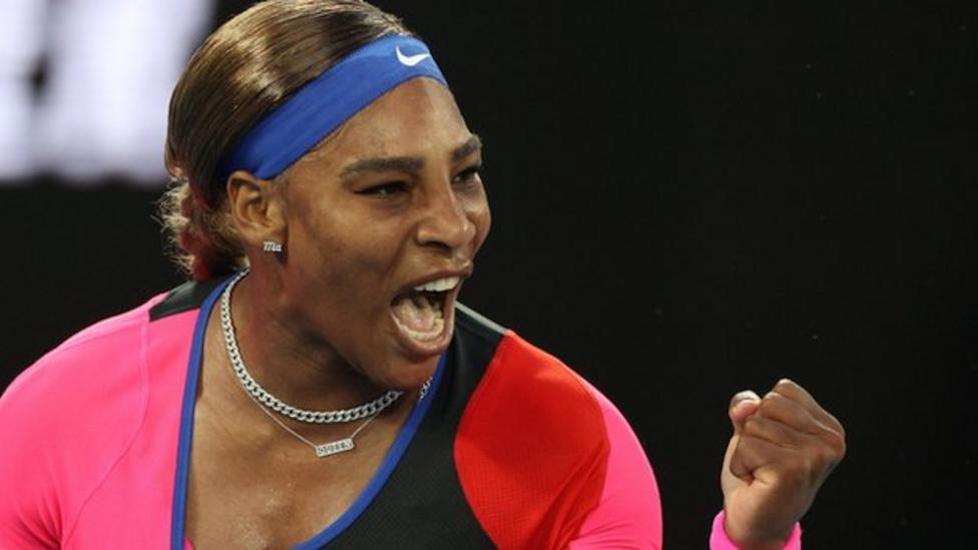 The 39-year-old American, bidding for a record-equalling 24th Grand Slam title, won 6-3 6-3 against the Romanian.

“I think this is the best match I’ve played this tournament,” said Williams, who moved well and hit 24 winners.

The Japanese third seed, who won the second of her three Grand Slam titles at Melbourne Park in 2019, beat the Taiwanese 6-2 6-2.

Now Osaka will face 10th seed Williams – a seven-time champion in Melbourne – on Thursday for a place in Saturday’s final.

It will be the first meeting between the pair since their infamous 2018 US Open final.

That saw Osaka win her maiden major title after Williams accused umpire Carlos Ramos of being a “thief” in some of the most dramatic scenes at a Grand Slam final.

After her victory, Osaka said she would be tuning in to the match between Williams and Halep because she “always” watched the American’s games.

What Osaka will have seen is a player who looks fitter and more focused than she has in recent years. And, on this evidence against reigning Wimbledon champion Halep, will surely offer a stern examination of the Japanese player’s credentials as the tournament favourite.

Williams has lost her past four Grand Slam finals – including the 2018 US Open to Osaka and against Halep at Wimbledon in 2019 – as she attempted to land that elusive 24th major title which would pull her level with Australian Margaret Court.

The beaming smile which greeted victory, along with her excited demeanour in the on-court interview, indicates Williams is in a relaxed mood at Melbourne Park. That could prove dangerous for the rest of the field, says former British number one Laura Robson.

“We’ve seen before she might get stressed or overwhelmed but she looks like a different person. She is looking like a champion out there,” Robson said in her role as an analyst on BBC Radio 5 Live Sports Extra.

Looking fired up but coolly executing her shots, Williams started quickly with a break of serve to lead 2-0 before Halep showed her trademark resilience to wipe out the early deficit.

Williams continued to find angles with powerful returning, allowing her to quickly reassert authority and break again for a 4-2 lead before serving out for the opening set.

Whether Williams would be able to maintain such a high level in the second set – against one of the best movers in the game – was the next question.

Williams dipped at the start of the second set, regularly stopping to stare at her strings as unforced errors and a double fault helped Halep break for a 2-0 lead.

But, after the pair exchanged three more breaks, Williams mentally reset to rattle off the final five games and clinch an impressive victory.

“I realised I was making a lot of unforced errors in the games I lost and knew I had an opportunity to play better,” said Williams, who reached the 40th Grand Slam semi-final of her career.

“I stayed in there and kept going.

“I think this is the best match I played this tournament, obviously I had to going against number two in the world. I knew I had to do better, I did and I’m excited.”

Osaka has had a difficult draw at Melbourne Park but the 23-year-old has dropped just one set en route to the last four.

She saved two match points to beat two-time major winner Garbine Muguruza in the quarter-finals and looked refreshed against Hsieh.

After saving a break point in the opening game of the match, Osaka chased down Hsieh’s slices and shots to take an early break in the first set.

“For me it was really important to have a plan because she’s an opponent that I’m not really sure what’s going to happen,” said Osaka.

“So just having something to structure myself and not get carried away with what she’s going to do was definitely really important.”