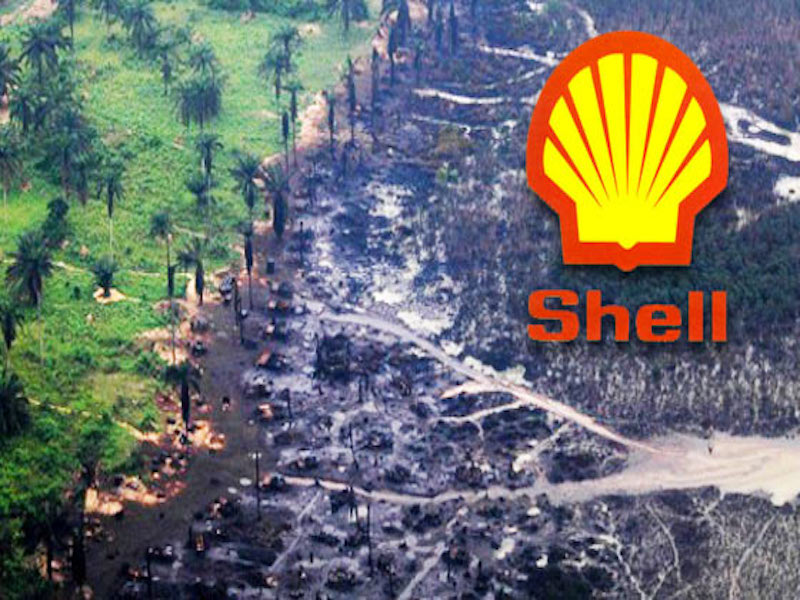 Royal Dutch Shell Plc along with its Nigerian subsidiary, the Shell Petroleum Development Company (SPDC), has launched arbitration proceedings against the federal government over a long-running dispute with a Rivers community.

The oil major’s Netherlands-registered holding company and SPDC filed the case at the World Bank’s International Centre for Settlement of Investment Disputes (ICSID) on February 10.

This is coming as the Joint Venture (JV) between the Nigerian National Petroleum Corporation (NNPC) and Total E & P targets to hit first oil in the $500 million Ikike Oilfield from the last quarter of 2021.
A post on the website of the Washington-based World Bank dispute resolution body, indicated that the hearing of the case marked “Shell Petroleum N.V. and The Shell Petroleum Development Company of Nigeria Limited v. Federal Republic of Nigeria (ICSID Case No. ARB/21/7)” was still pending.

It was set up under a multilateral treaty formulated by the executive directors of the World Bank to further its objective of promoting international investment. It was established in 1966 by the Convention on the Settlement of Investment Disputes between States and Nationals of Other States (the ICSID Convention) and has handled over 700 cases.
According to the organisation, Shell brought its claim against Nigeria under the bilateral investment treaty between the governments of The Netherlands and Nigeria.

Bloomberg reported that the decision to drag the country to the arbitration panel followed the Anglo-Dutch energy giant’s unsuccessful efforts last year to reverse a court order instructing the company to pay compensation to a community for polluting its land.

While the case’s victors say they are now owed more than N183 billion ($479 million), Shell contests that valuation and denies being responsible for the decades-old oil spill.

“Given the history of this particular case, we are seeking protection of our legal rights from an international tribunal,” Bloomberg quoted a spokeswoman for Shell’s Nigerian subsidiary as saying in an emailed statement, without providing further details about the oil major’s case.

All of Shell’s appeals against the ruling have been dismissed, most recently by Nigeria’s Supreme Court in November.
Shell operates the oil block at the heart of the dispute, which is known as Oil Mining Lease (OML) 11, in a joint venture with the NNPC, Total SE and Eni SpA.

THISDAY’s checks showed that it’s the same oilfield that has been in contention between the people of Ejema/Ebubu in Eleme, the Rivers State government and the SPDC.

The joint venture between the NNPC and Total E & P is targeted to hit first oil in the $500 million Ikike Oilfield well from the last quarter of 2021.
The Managing Director of Total E & P, Mr. Mike Sangster, stated this at the weekend when he visited the Executive Secretary of the Nigerian Content Development and Monitoring Board (NCDMB), Mr. Simbi Wabote, at its headquarters in Bayelsa.

The Ikike oilfield is located in a water depth of 20m in the Oil Mining Lease (OML) 99, approximately 20 kilometres offshore Nigeria and is owned by a JV comprising Total E&P Nigeria (40 per cent, operator) and NNPC (60 per cent).

Total is expected to invest $500 million in the project, which is forecast to produce 32,000 barrels of oil per day when fully operational while the coating project would be executed by 100 per cent Nigerians workforce of over 300 direct personnel.

Sangster said: “The company has made significant progress with the development of the Ikike oilfield and would record first oil before the end of 2021.
“It had been difficult developing the project, particularly with the pandemic”, but added that “we are making progress and we appreciate the support from the NCDMB.”

He stated that the company had operated in Nigeria for 60 years and is the only International Oil Company (IOC) that operates in the upstream, midstream and downstream sectors of the Nigerian oil and gas industry.

According to him, the company developed the last three Floating Production Storage and Offloading (FPSO) platforms in Nigeria and Egina created new records, one of which is recording 40 million man-hours in-country.

Commenting on the Petroleum Industry Bill (PIB), which underwent public hearing in the National Assembly in January, Sangster, who is also the chairman of the Oil Producers Trade Section (OPTS), the umbrella body of major oil producers, urged federal legislators and policy makers to ensure that the fiscal provisions in the law are fair to key stakeholders, so as to stimulate new investments in the industry.

Wabote, in his comments, charged the International oil and gas companies to emulate Total E&P in sponsoring new projects and refuse to be deterred by the delayed passage of PIB.

Wabote said Total E&P was the only international operating company that had taken Final Investment Decisions (FIDs) and sanctioned major oil and gas projects in recent times in Nigeria despite the delayed PIB.

While expressing confidence in the determination of the National Assembly to pass the PIB after being delayed for over 15 years, Wabote encouraged other IOCs to forge ahead with their new projects.