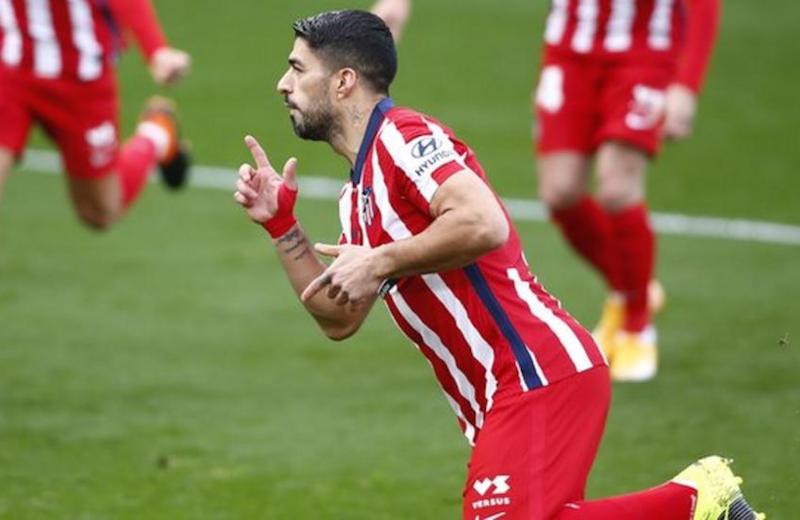 Luis Suarez has earned himself a mammoth €1million bonus following his scintillating start to life at Atletico Madrid.

The Uruguayan has played a key role in the club’s good fortunes on the pitch this season, with Diego Simeone’s side into the last-16 of the Champions League and coasting in top spot in LaLiga.

They are five points clear of city rivals Real Madrid, and even have two games in hand over their nearest challengers, with Suarez’s goals playing a major role on delivering them to such a strong position.

The former Liverpool frontman has 16 goals in 17 league appearances so far this season and has a strike-rate of a goal every 80 minutes he has been on the field. Indeed, he broke the record previously held by Cristiano Ronaldo for reaching the total in the quickest time in LaLiga history.

And according to Mundo Deportivo – as per AS.com, that rich vein of form has already seen the 34-year-old rewarded with a bonus of €1m (£875,000), with his 15th goal of the campaign seeing him hit one of the incentivised targets in his contract.

And it is claimed that Suarez will earn more still, with that total due to rise should he hit 20 goals – a target that appears increasingly likely.

It is deserved reward for the striker after bouncing back from a painful summer exit at Barcelona.

Suarez has made clear his feelings following the explanation last year that he was no longer required at the Nou Camp.

It resulted in a tearful farewell media conference, one that was only arranged following pressure put on the club’s board by the likes of Lionel Messi.

And he admits he felt ‘disrespected’ by his former club, who allowed him to leave for just £4m.

‘It was tough because of the way I was disrespected, but I wanted my children to see me leave the club with my head held high,’ Suarez told Onda Cero.

‘When the time came to tell my children about the move, it was very difficult. They’re older now and sensed there was going to be a change.

‘There were some very tough moments surrounding my departure from Barcelona. There were rumours that were eventually confirmed and that’s what hurt me the most.’