Osimhen Kicks off New Serie A Season with Goal, Assist 1 hour ago 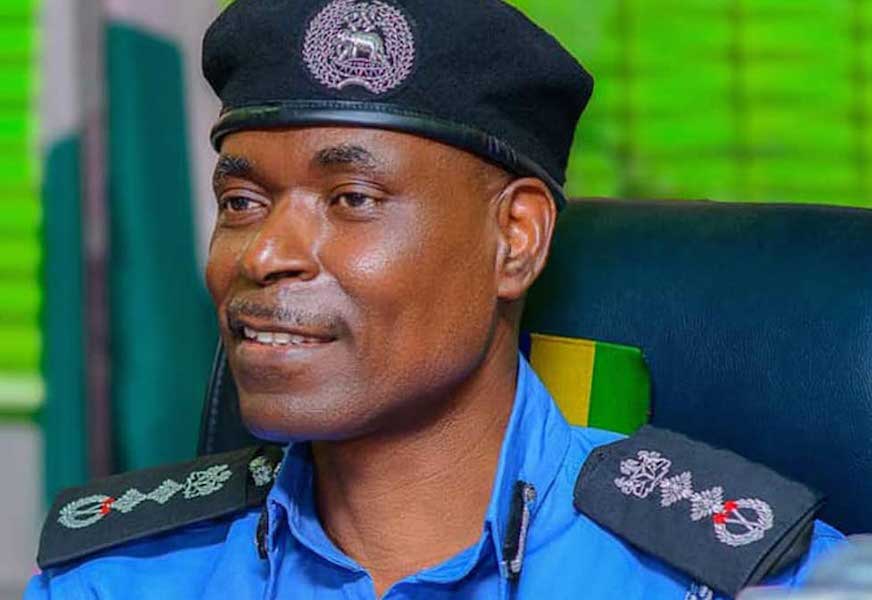 The just announced extension of the tenure and reappointment of the Lafia, Nassarawa State-born retired 20th Inspector General of Police, Mr Mohammed Abubakar Adamu, is patently and outrightly unconstitutional, illegal, and even immoral. Adamu had already served Nigeria for a 35 whopping years when his tenure expired on 1st February, 2021, by effluxion of service years in accordance with extant laws. He had given his very best, which though hardly above average, was miles apart, and far better than the better forgotten service years of his disastrous and highly political and politicised Niger State – born predecessor, Ibrahim Kpotun Idris.

Adamu duly retired on 1st February, 2021. He was born on 17th September, 1961. He had enlisted into the Nigeria Police Force in 1986, after graduating with a B.Sc in Geography from Ahmadu Bello University (ABU), Zaria. He also holds a Masters Degree in International Criminal Justice System from the University of Portsmouth, UK. From his position as AIG, Zone 5, Benin City, he was made the IGP. Upon appointment, many Police Officers who were senior to Adamu, but who had become junior by virtue of his new rank of IGP, were forced to retire. They were seven DIGs, and many AIGs. During the appointment of Adamu’s predecessor, IGP Ibrahim Idris Kpotun, 22 highly trained Senior Officers of the rank of DIGs and AIGs, who were senior to him, were compulsorily retired. I am told this wastage of experience, resources, training, energy, retraining, etc, is the tradition. Incredible, I dare say. Is Adamu the only qualified Nigerian to be the IGP in a country of over 208 million people (UNO, June, 2020), to have his term extended? Didn’t the President and the Presidency know very well before now that his term was due to expire by effluxion of time on 1st February? Why was this self-imposed and needless simulated sense of urgency, that is now also listed in the fire brigade approach for which this government has become famous? This extension of Adamu’s tenure, is patently unconscionable and unfair to servicing Police Officers who legitimately look forward to occupying the now vacant position of IGP.

This was how the same people promoted and egged on Mr Ibrahim Magu, ex-Acting Chairman, EFCC (by the way, where is he now?). They told us that it was only him that could be EFCC Chairman, and that he could therefore,remain in office in an Acting Capacity forever, till thy Kingdom come! They did not mind his two-time rejection by the confirmatory authority, the Senate of the Federal Republic of Nigeria. The rejection was not arbitrary. It was based on a damning report by the same Government’s Secret Police (the DSS), to the effect that Magu failed the “serious integrity test”. It is now Adamu being promoted by the same hawks and power bloc in Government circles. The same forces – the sectionalistic, prebendalistic and nepotistic forces – are again at work. They have already flown the kite that, the President will appoint the next IGP based simply on merit. Oh, really? Of course, Nigerians now know that “merit” is a cruel euphemism for a Northern Muslim. Shi kena! Is this how to grow and nurture a pluralistic country of different nations, languages, tribes, religions and variegated tendencies that are at once centripetal and centrifugal? Didn’t they see the rainbow coalition and “Dolly Parton’s ‘Coat of Many Colours” represented by Joe Biden’s cabinet which he gathered together long before he was sworn in as the US President on January 20, 2021? Didn’t they notice how Biden hit the ground running, rolling out 30 Executive Orders in his first three days in office?

“An Inspector-General of Police subject to 216 (20 of this Constitution shall be appointed by the President on the advice of Nigeria Police Council from among serving members of the Nigeria Police Force.”

“The President or such Minister of the Government of the Federation as he may authorise in that behalf may give to the Inspector-General of Police such lawful directions with respect to the maintenance and securing of public safety and public order as he may consider necessary, and the Inspector-General of Police shall comply with those directions or cause them to be complied with.”

“A Person who is appointed as the Inspector General of Police Shall hold office for four years”.

An IGP’s tenure is therefore, 35 years’ service or 65 years of age. Not a day more. Adamu was born in 1961. Though, he is 60 years old, he has served for 35 years. That makes him ineligible to continue in office, in whatever form or manner. You cannot build something upon nothing, and expect it to stand. It will collapse. See Macfoy v UAC (1962) AC 150. Even under the Civil Service Rules which peg the retirement at age 60 years or 35 years of service, Adamu had fully retired. Adamu’s appointment as Acting IGP is therefore, dead on arrival. As dead as dodo. In the eye of the law, Nigeria currently has no IGP.

One more point. The IGP or other Police Officers are not subject to the usual Civil Service Rules. Their enlistment, service, promotion, discipline, retirement or dismissal are governed by the provisions of the Nigeria Police Act, 2020. This law is “sui generis” and special, for the NPF (like electoral matters that are wholly governed by the Electoral Act and Guidelines, rather than the usual courts’ Civil Procedure Rules).

See AMBODE v AGBAJE & ORS (2015) LPELR-25667(CA); OGUNSAKIN & ANOR. v AJIDARA & ORS (2007) LPELR-4733(CA) and SA’AD & ANOR v MAIFATA & ORS (2008) LPELR-4915(CA), etc. An IGP office created under Section 215(i)(a), is quite different from presidential appointments which can be made under Section 171 of the Constitution. The President can appoint and remove such appointees. He can also reappoint them to act in such offices. These are the SGF, Head of Service, Ambassadors/High Commissioners, Permanent Secretaries, Heads of Extra-Ministerial Departments (MDAs) and other personal staff.

The President cannot therefore, administratively alter, amend, reconstruct or elongate the provisions of the Police Act 2020, by purportedly extending the IGP’s tenure. The Executive cannot make laws. It only executes laws made by the National Assembly, as captured in Section 214(2) (a) of the Constitution. The laws are then interpreted by the Judiciary. This is what we call the doctrine of separation of powers, as ably propounded in 1748 by the great French Philosopher, Baron de Montesquieu. It enhances checks and balances, so that absolution or dictatorship is averted.

By the way, when last did we hear Mr. President convene a meeting of the Nigeria Police Council to advice him on the appointment or removal of an IGP, as provided for in paragraph 27 of the third Schedule to the 1999 Constitution? That Council comprises of Mr President as Chairman, all the Governors of the 36 states of Nigeria, the Chairman of the Police Service Commission and the IGP himself. I did not hear. Or, did you?

What we have seen all along, is a situation where Mr President solely appoints and elongates the tenure of an IGP. That is a most unconstitutional, illegal, unlawful, unconscionable, capricious, whimsical and arbitrary act. We must learn to be a country of laws and not of men; a country of strong institutions and not strongmen.