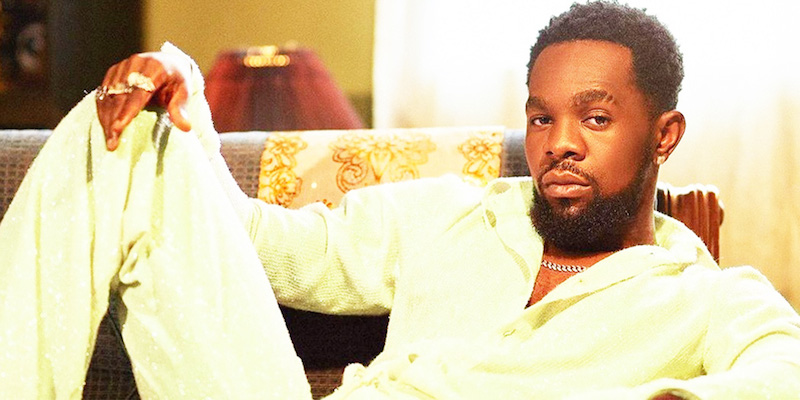 Following the tremendous success of his leading smash hit single “Abule” which spent (13) weeks on the official top 20 UK Afrobeats Charts and currently over 50+ million streams across major streaming platforms, Nigeria’s reggae-dancehall exponent Patoranking has dropped the video for his song, “Mon Bébé,” the third single off his latest studio album, “Three” featuring the talented musician Flavour and a special appearance by Yemi Alade. ‘Mon Bébé,’ visual is a spectacle of colours and culture.

Yet another impeccable visual, directed by Dammy Twitch, who previously worked with him on the video for his last release – “Yo Body.” Patoranking has undeniably carved out a unique style for himself in this industry. He is known for always pushing the creative envelope and expanding boundaries with his music and videos. Mon Bébé, which undeniably shows off Patoranking and Flavour’s remarkable vocal abilities, is a celebration of love, happiness and life and the video shows exactly that in this exquisite African wedding-themed video.

It’s not as told as often as it should be that Patoranking is actually one of Nigerian music’s greatest success stories. From “Daniella Whine” to “Girlie O” to “My Woman My Everything,” Patoranking and his music has enjoyed great success across the nation, the continent, and even the world at large.

Patoranking is at the top of a very short list of Nigeria’s dancehall exports. In a genre that doesn’t enjoy as much recognition as it does in its counterpart nations like Ghana, Patoranking has carved his own lane within the Nigerian music space, creating music that toes the line between Afrobeats and dancehall. Whether he sticks to either side of the spectrum, creates blends of the two, or delves into other genres entirely, one thing is that Patoranking simply makes good music. And this video works it.