APC, PDP Have Nothing New to Offer Nigerians, Says Katsina Accord Party Guber Candidate 36 mins ago

We Need to Consult Oracle to Tackle Corruption in Nigeria, Says Lawmaker 43 mins ago 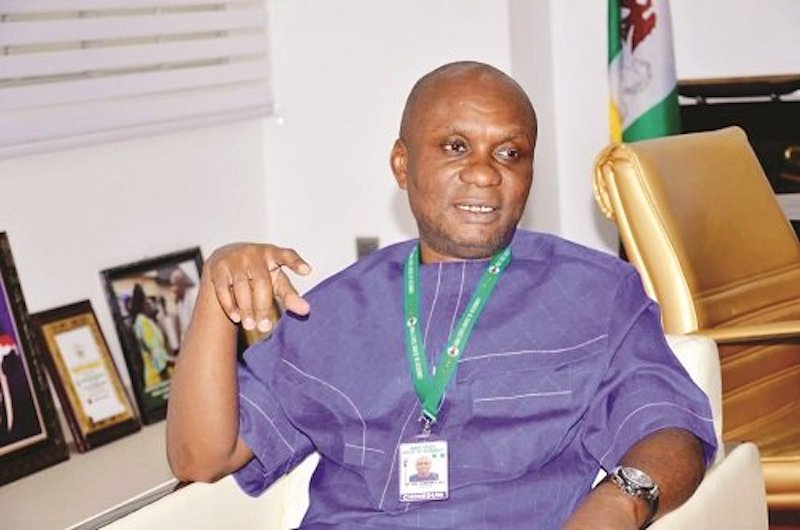 The Speaker of Abia State House of Assembly, Rt. Hon. Chinedum Enyinnaya Orji, has promised to support Carl Academy in the training of youths to attain their potentials in the area of sports development.

This is as the Speaker has started the construction of a mini stadium in Isieke Secondary School, Isieke Ibeku in Umuahia North Local Government Area, which he at its completion will be a world class stadium.

Hon. Orji, who represents Umuahia Central State Constituency, made the promise at the first graduation ceremony of Carl Academy sited along Enugu-Port Harcourt Expressway, Umuahia, urged students of the Academy to take their studies seriously, saying they need a high level of morality in order to be successful in their future endeavours.

He thanked the Proprietress, Pastor Mrs. Carol Emeka Inyama, for being dedicated and being the driving force behind the vision of her husband, Pastor Emeka Inyama, seasoned football administrator, sports marketing guru and renowned journalist, saying, one of the greatest legacies anyone could leave behind in life is investment in youths.

The Speaker who made a cash donation to the Academy, said he was going to liaise with the Founder and Proprietress of the Academy to be guided in the areas the institution will need his interventions.

The groundbreaking and foundation laying ceremony of the stadium which took place in Umuahia East State Constituency, was one of the ongoing numerous projects being attracted and executed by the Speaker in his constituency and beyond.

The Prime Minister of Ibeku Ancient Kingdom, Chief James Akwukwuegbu, who carried out the groundbreaking, thanked the Speaker for the gigantic project and prayed that at the completion of the project, many youths will be empowered and many football stars will emerge.

He advised the contractors and engineers handling the project to ensure they live up to the standard of the Speaker by ensuring they continue to use the best materials for the construction.

Speaking at the ceremony, former Nigerian Football International, Paschal Karibe Ojigwe extolled the Speaker and described the project as “capable of producing world class stars from Abia State to Nigeria and beyond.

“I was so elated when I first heard about this project. And I’m even more excited seeing it started live. As a Speaker committed to youth development, and a sports lover, I’m really impressed that he decided to give back to the youths; in fact, the youths of Abia State are blessed to have him at this time because he is simply showing what it means to be a leader,” he said.

On his part, Mr. Ejikeme Ikwunze, an international football administrator popularly known as “Mr. Football”, said the project as being attracted by the Speaker is a noble one. “It’s something I have been expecting; I’m especially and sincerely happy that the Speaker has taken up this project. I believe that one of the ways to empower the youths is through sports and the Speaker being a youth-friendly man has followed that philosophy of empowering the youths through sports. What he is doing here is a grassroots legacy; this mini stadium will generate a lot of interest in sports.
“This project will provide a conducive and serene environment for the youths to develop their talents,” Ikwunze said.

Continuing, the obviously elated football enthusiast commended the spirit and large heartedness of the Speaker as he has come forth to help develop the youths of the area and beyond.
On his part, Chief Charles Ogbonna, thanked the Speaker immensely for his selflessness and for siting the project in a place outside his immediate legislative constituency saying it shows that the Speaker is not a sectional leader but a leader of all irrespective of affiliation or affinity.

“This is the perfect example of quality representation; our brother who is the Speaker of Abia State House of Assembly and Member representing Umuahia Central State Constituency is extending his hand of philanthropy to Umuahia East State Constituency. It is a thing of Joy to me that we have a Speaker who thinks of the betterment of an average Ibeku man and a Speaker who believes in progress and development. “I want to thank him and pray that God will continue to lead, guide, protect and empower him more with Wisdom,” he noted.

Chief Benard Enyinnaya, the Chairman of Umuajiji Isieke, the host community, expressed delight about the project being executed by the Speaker in his dispensation as chairman of the community, saying it will impact positively on the lives of the youths in the area.

Others who spoke and commended the Speaker for the project are the Chairman of the Nigerian Society of Engineers (NSE), Umuahia Chapter, Engr. Okeke Ude Olugu, Engr. Chris Chima Ogbonna, Prince Chima Solomon, Lady Ifeyinwa Umezuruike, immediate past Secretary of Umuahia North LGA and the Chief of Staff to the Speaker, Mazi Ken Ezeigbo who said attracting the mini stadium project by Rt. Hon. Chinedum Enyinnaya Orji was just one of the numerous projects of the Speaker “who has through his Direct Touch Initiative provided water boreholes, transformers, health centres, renovated schools, police stations and empowered numerous youths in Abia State and beyond.”