Stop Insulting the Sensibilities of the Judiciary, Osun APC Tells Adeleke 15 mins ago

APC, PDP Have Nothing New to Offer Nigerians, Says Katsina Accord Party Guber Candidate 59 mins ago 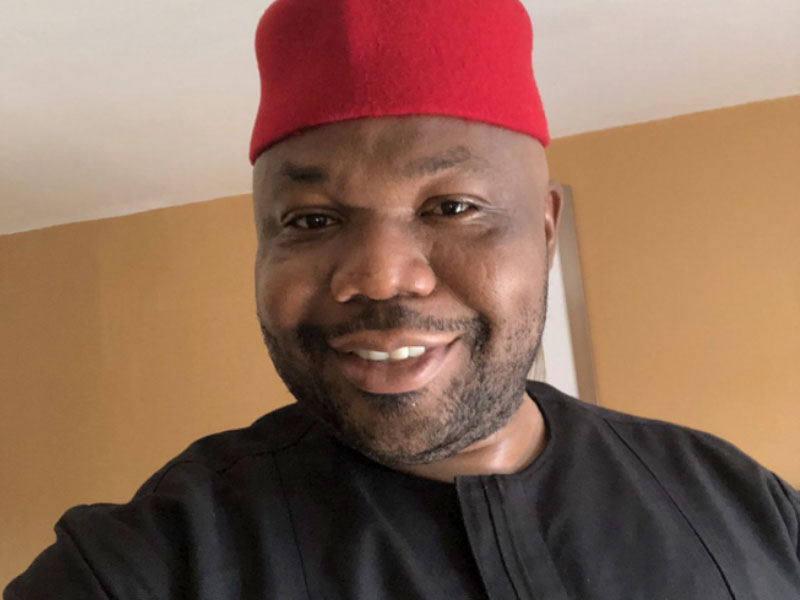 The former Director of Strategy and Communications under President Goodluck Jonathan, Chief Jackson Ude, has said the Peoples Democratic Party (PDP) rotational presidency favours the northern region of the country.

Ude, a Communication Expert with specialization in political communications, Media, public policy and political management said this while speaking with newsmen.

He said ‘While I would love to see a South Easterner emerge as President of Nigeria, I do not share in the idea of reducing the Presidency of a country on a regional or tribal basis. In 1999 when democracy returned to Nigeria, the preference for a President from the Yoruba extraction was borne out of the urgent need to pacify the South West over the injustice of the June 12, 1993 election won by Moshood Abiola which was annulled. President Olusegun Obasanjo emerged even against the full support of the South West. He did his eight years.

That Presidency did not solve the problems of the Yorubas. It did not even fix the Lagos-Ibadan Expressway. After Obasanjo, Musa Yar’Adua emerged and unfortunately, he only served for a little over two years before he passed on. His two years did not fix the problems of the North. Not even the basics of their problems. President Goodluck Jonathan from the South-South took over, completed Yar’Adua’s tenure.

Jonathan did almost six years. He did not solve the problems of the Niger Delta people. He did not even complete the East-West Road, a major road in the Niger Delta. President Mohammadu Buhari, a Northerner took over in 2015. Till date, he has not been able to solve the problems of the North, not to talk about the huge problems facing the country for which he has contributed to no small means’.

‘Besides, the rotational presidency idea was a PDP arrangement. And if that arrangement within the PDP is to be honored, then the Northern part of Nigeria is still owed some years to complete their eight years by virtue of Yar’Adua’s sudden death after nearly two years in office which President Jonathan completed as VP and then ran and did four years.

If it was a constitutional provision for a rotational presidency, then we can argue that Buhari’s tenure has taken care of that but since it was just a PDP arrangement, then PDP would have to allow the North complete their eight years’.

‘I am sure if it were the South East, South West or South South in PDP that had their son die mid-way into his Presidency, they would also argue to be allowed to complete that tenure. However, I really have not seen any region that has fared better than the other after having their son occupy the Presidency’.

‘Otherwise, what Nigeria needs right now is a President for all. A president that has the capacity to build bridges across the divide. A president who understands the problems of Nigeria. A president who is competent. A president who is aware, who is available at all times. Let the field be open for everyone to aspire and let Nigerians select whoever they adjudge to be competent from any tribe or religion.

I am not saying this in opposition to a South Easterner becoming President of Nigeria. If justice must be served, let it be seen to be served completely. Nigeria needs a competent President who understands the dynamics and challenges of all the tribes and different ethnicities that make up the entity called Nigeria’.

‘So, you will agree with me that the idea of rotating the Presidency around the regions or tribes in the country has not solved any problems of the country. It only ends up massaging the egos of the region or tribe from where the President comes from. The feelings that the President is from my tribe, my ethnic group, my state, my local Government, my ward, or my family, is not enough to solve the problems’.

‘Besides, the South East has a lot of political work to do within. They need to heal themselves, reach out and build more bridges of political alliances.

That alone, is enough cause a defeat. Now, if the North and the South West have that kind of perception towards a Presidential Candidate from the South East, how is that perception fixed? It would require serious assurances, bridge building, negotiations and all that to change that perception. And it takes time. For me, I would rather prefer a South Eastern Vice President in 2023’.

‘That office can be used to reach out and build stronger political alliances for another eight years of a South East President thereafter. And with that, the Igbos would have done either 12years or 16years in the Presidency. All this is just in case we continue to drum the beat of a rotational Presidency or a President from a particular region’ he said