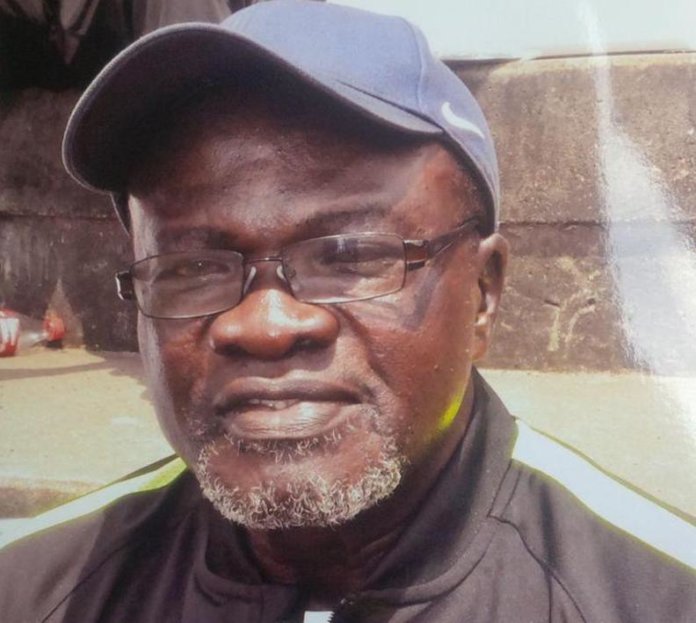 Mary Nnah
Nigerian athlete Michael Eric has officially announced the launch of a charity organization, Erico JR Foundation, in honour of his father and sports legend, Joe Erico who died recently at the age of 72 after a brief illness.

Established on the eve of his passing, Micheal confirmed his personal conviction to start this initiative, thus the birth of the Erico JR foundation.
Given the current state of affairs, the event which is slated for Tuesday, February 2nd 2021 at Warriors Basketball Court, Industrial Avenue, Ilupeju, Odi-Olowo, Lagos will ensure maximum compliance to the COVID-19 protocols and government directives as safety masks will be available and social distancing practiced.

As the foundation’s first line of duty, the Memorial Games Night which will feature several games and tributes is an act of honour to Joe Erico’s passion and love for sports and a celebration of the life and legacy of the former Super Eagles goalkeeper and assistant coach.

Born Joseph Bassey Eric, a native of Odukpani local government area of Cross River State, southern part of Nigeria, Joe Erico made his first sports debut for the then Green Eagles of Nigeria for the Africa Cup of Nations qualifying match against Zambia in July 1973.

Reckoned as one of the best international goalkeepers at the time, Erico alongside late Amodu Shaibu and Stephen Keshi were responsible for the significant turn of events for Nigeria during the 2002 FIFA World Cup finals under Dutchman Johannes Bonfrere. With three matches to go and a must-win game for all, the trio delivered and qualified Nigeria for Korea/Japan.

Speaking about the honorary event, Micheal Eric said, “I want to use this event to shine light on the legacy of Joe Erico. The man he was the uniqueness of his personality and also continues what he instilled in me as a person and young man. He taught me to be thankful and give back and that’s what I’m going to do. If he had 20 of something and someone was in immediate need, he was willing to give it all.
EricoJR Foundation aims to give a lot of opportunity to the kids and a hope for a brighter future.”