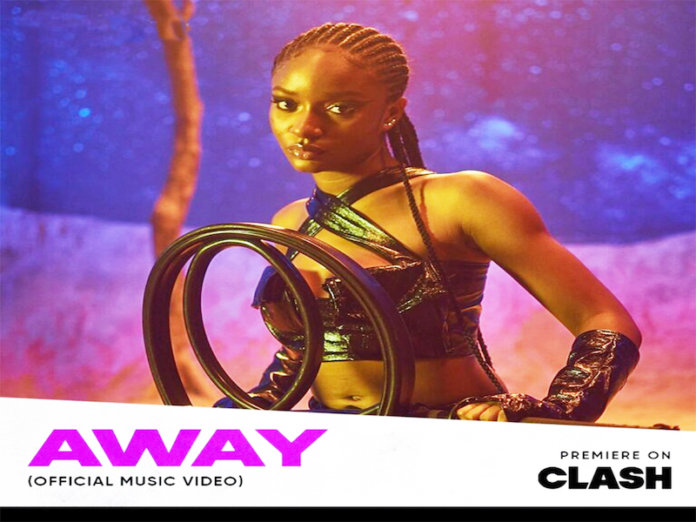 Ayra Starr is the latest talent to join Don Jazzy’s Mavin Records and her debut visual for the song ‘Away’ is as entrancing as her lyrics. Ferdinand Ekechukwu reports

Consider being introduced to Nigerian singer/songwriter Ayra Starr and her shimmering new single literally blows you ‘Away’ as its name signifies. She is fresh, young and impressive. From all indication Ayra is already working out big with superstar producer, Don Jazzy barely days after the teenage star was signed to the label. Last week, the Mavin Records 18 year old female artiste premiered the official music video for her new song titled “Away”.

It is an R&B record which sees a woman who rejects a problematic relationship for the sake of her sanity. ‘Away’ music video amplifies the message of the song which is somewhat latest with feminist tropes. It’s a bop for everyone, so there should be no hesitation electing to listen to it. The music video, directed by Kewa Oni and Seun Opabisi, tells a tale of being your own hero, as Ayra depicts the images of legendary feminist icons while surrounded by an army of dancers. The vivid colour scape and Ayra’s entrancing eyes tells more.

For one who has just popped on the music scene, the songstress shows singular promise with this song. The introductory “Away” is a pulsating, hip-grinding track that re-explores what typically makes up a break-up song. On the track, Starr says, “I free styled half of ‘Away’ at a time I was feeling down. It was like therapy. Singing the song out loud was like freeing myself from my burden.”

‘Away’ is not just a heartbreak song, it’s a song that empowers people to stand up to that thing or person that is causing you sadness.

Take ‘Away’. Mellifluous, potent, and dynamic, the vocal touches on R&B while retaining elements of that alté sound. The new addition to the Mavin family assumed her role as a recording and performing talent with a self-titled debut EP. Ayra Starr’s eponymous 5-track EP showcases her effective writing skills and polished vocal abilities. The Benin-born, Lagos-based singer navigates love and relationships (“Away”, “Ija” and “Memories”) as well as teenage angst and vices (“Ditr”).

It’s a joyful experience shaped by a sophisticated soundscape—electric guitar riffs and subtle percussion merge with her soulful voice to produce a delicious cocktail of heartfelt and carefree anthems.

About the multitalented creative, Don Jazzy said: “Last year I met the most incredible 18 year old girl, her name is @AyraStarr. Through her lyrics guided by her soulful voice I am able to see the world from a teenager’s point of view. Ayra is not just an amazing artiste, she is an all-round superstar. It’s been a fantastic experience working behind the scene for over a year and we at Mavin Global are super proud to present to the world today #AyraStarr.”