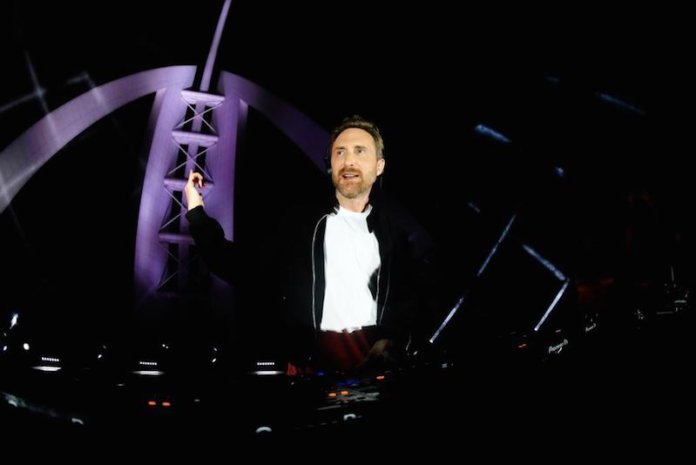 Dubai Tourism has announced its partnership with renowned International DJ and producer David Guetta, to host the Dubai edition of the charitable concert tagged #UnitedAtHome, slated for 6th February 2021. The charity concert is aimed at supporting UNICEF and Dubai Cares’ campaign ‘Education Uninterrupted’, an initiative targeted at education and distance learning for children, students and teachers in the aftermath of Covid-19.

Ranked world’s Number 1 DJ in 2020, David Guetta, a French superstar and Dubai resident will deliver an eclectic performance, inviting millions of fans worldwide to come together for the online event at Dubai’s legendary a landmark in a show of solidarity, hope and optimism, as the world continues to battle the pandemic.

Set against the backdrop of Dubai’s beautiful sunset, fireworks and indomitable spirit, the stunning production of music and lights will see the iconic Burj Al Arab Jumeirah helipad transformed into a DJ booth for an incredible virtual concert streamed via David Guetta’s social media platforms, free of charge.

Speaking about his incredible charity performance, David Guetta said, “After Miami, New York and the Louvre in Paris, I am very proud to announce that we’re heading to the top of the iconic Burj Al Arab Jumeirah for another United At Home show, this time in a city that is dear to my heart: Dubai. In these difficult times, we hope to bring comfort, joy, and support through the power of music and emotions. We have supported many charities and helped make a real difference in people’s lives during the pandemic”.

As a supporter of the entertainment industry and the arts, Issam Kazim, Chief Executive Officer of Dubai Corporation for Tourism and Commerce Marketing (Dubai Tourism) commented: “Dubai Tourism is proud to support the ongoing efforts of award-winning international artist David Guetta and stand together in solidarity with people all over the world.

We are also appreciative of the support and efforts being made by UNICEF, Dubai Cares and Jumeirah Group to leverage the strengths of the city for a worthy cause, especially during these challenging times”.

Dr. Tariq Al Gurg, Chief Executive Officer at Dubai Cares and Member of its Board of Directors said “as an initiative that was launched to spread positivity across communities and cultures and bring nationalities even closer, this innovative and uplifting online performance by David Guetta atop the iconic landmark of Burj Al Arab Jumeirah is symbolic of the strong sense of vibrancy and optimism prevailing across the city”.

He added that “with David Guetta and his millions of followers around the world, the message extends globally, and we are privileged at Dubai Cares to be a charity beneficiary of his global initiative with Dubai Tourism”.

Burj Al Arab Jumeirah, one of Dubai’s most promising destinations are home to captivating events including the Roger Federer vs. Andre Agassi tennis match, boxing champion Anthony Joshua’s Sky Fight, the Formula One team Red Bull Racing doughnut stunt, amongst others, all designed to contribute towards efforts to keep the city and its diverse offering in the global spotlight.