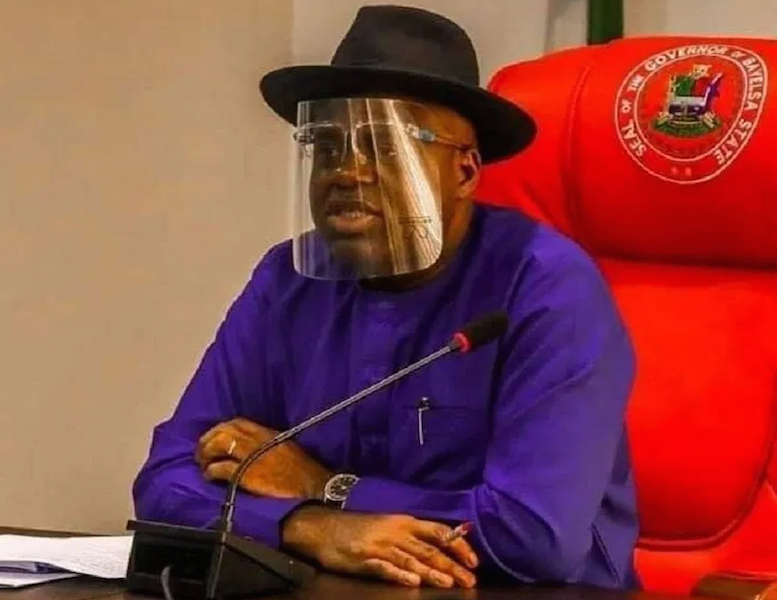 Benson Agadaga, Chief of Staff to Governor Douye Diri of Bayelsa State amplifies the message of hope from the governor to his people

The New Year comes with an aura that permeates the hardest strata of human being. It is one among the irreplaceable events left in an evergreen garden of our memory. We cannot but keep the flag of hope flying because the human person is majorly characterized by expectations of growth; both physical and spiritual. This is the reason the Bayelsa State government has fittingly expressed gratitude to the good people of the state for their maturity and support for the prosperity vision of the state government and given assurances of better days ahead for this year 2021. After careful consideration and prayerful contemplation, it has pleased the governor and the entire governing body of Bayelsa state to announce the year 2021 as the Year of the Lord, a Year of Abundant Harvest, a year to remember and a year of Amazing Prosperity for all Bayelsans.

Man is the measure of all things said a philosopher, and without man nothing is meaningful. The government of Bayelsa in response to its mandate has enjoined the citizens to stay calm and focused with no worries because just as the prophet Isaiah prophesied that this year is the year of the Lord, a year of liberation and a year of favour. But this is not based on mere wishful thinking. The government has concrete plans that will boost positive development in the state and enhance the lives of the citizens, the major focus encompasses, Works and Infrastructural, Sports, Tourism, Agriculture and Education. The 2021 appropriately titled Budget of Growth is strategically geared to bring wealth and sustainable development to all Bayelsans.

Following the already laid down steps, there has been serious works going on in the state, from various angles, which include major access roads expansion and repairs of internal roads networks. This are the pointers to an administration on a FastTrack to development.

Sports in our world today is one of the inevitable companions of man, it revives the spirit and restores joy. The governor has deemed it fit to invest much in the area of sports, in order to energise and add more meaning to the life of the youths and the state at large, making the prophesy of the fruitfulness of the new year come to actualization. And let the world watch it, Bayelsa youths will conquer the world in the area of sports soon.

The state is very rich and hospitable, filled with natural resources and other amenities that are good enough to attract visitors. The state is blessed with water and its creatures that can be rarely found in any other place in the country and even beyond, this the government has shown interest to call back to life in order to attract visitors and boost the economic sector of the state through Tourism.

Bayelsa state is a land blessed with rich arable land which facilitates farm produce and sea food that makes the state distinct and unique from other states and the government for this reason has deemed it wise to revisit this area in order to better the lives of her citizens.

The governor has promised that the issue of security in the state should not be tampered. Investors are naturally more inclined to put their resources in territories that will not only guarantee them return on investment, but will not risk their lives. The significant improvement in security was manifested in the peaceful and incident free Senatorial bye-elections.

The government has expressed its wish to make schools available to all the towns in the state for easy access of every indigene of Bayelsa, this is one of the promises that has continuously been pointing to this as a year of divine grace. This is outside plans for significant interventions in tertiary education.

The lack of diversity in the economic opportunities in the state is a concern the governor is determined to put greater smiles on the faces of our teeming and vibrant youthful population.

*(Business is the mother of all our day to day activities, virtually everything we do finds its root in business, it determines our income and expenditure, and it also determines the economic statues of the state. The present government has strategized the economy of the state to be diversified. Business cannot be left out it plays a vital role in either the down fall or the growth of the economy. This government has great interest in it and tends to add flesh to the already existing business and even bring into existence new once. Summarily, just as the farmer rejoices during harvest over the produce, so also do we rejoice over the New Year, because it comes with a lot of blessings, favours, graces and many good things.

The Year of the Lord that was foretold long ago in the scriptures has been fulfilled and it is coming in this New Year. This present government headed by the governor ever remains indebted to the people of Bayelsa, especially in the just concluded by election, the maturity and trust that was gotten from the Bayelsans was indescribable, so on this note, the governor and his team wish to assure a clear and uncompromised democracy and that they will do anything humanly possible to ensure the well being of her citizens. With this wonderful proclamation and commitment, the deaf need not to be told nor the blind to be shown that this New Year is spirit filled and indeed a year of amazing orosperity