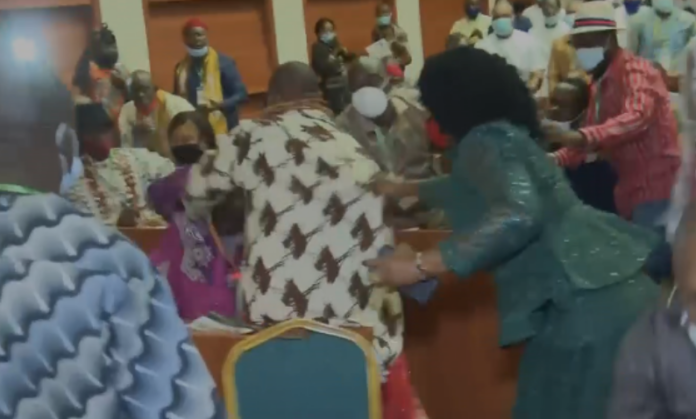 •No provision in bill for revenue inflow, says FG

A coalition of Civil Society Organisations (CSOs) and oil-producing communities in the Niger Delta on Thursday rejected the Petroleum Industry Bill, 2020, currently before the National Assembly.

The new PIB, which was transmitted last year by President Muhammadu Buhari to the 9th National Assembly, after he had declined assent to a similar law passed by the 8th Assembly, is undergoing public hearing for possible passage into law in April this year.

However, at the public hearing, some CSOs and host communities said that the proposed legislation, did not protect the interest of communities from which the federal government and oil mining companies, extract petroleum resources.

Speaking, the spokesperson of the CSOs and host communities in the Niger Delta, Botti Isaac accused the House of Representatives Adhoc Committee on PIB, that conducted the just concluded public hearing of ignoring the interest of host communities.

He also accused the National Assembly of not allowing a fair and adequate opportunity for vulnerable stakeholders in the region to have a say in the legislative processes towards passing the PIB, as both chambers denied their members access to the public hearing hall.

He opined that the manner the House handled the host communities and civil society contributions in the hearings was deliberately aimed at ensuring critical voices are not heard.

He said the current PIB will not protect the host communities as it leaves them at the mercies of the oil companies.

He argued that placing the protection of oil installations on some unarmed host communities was unrealistic as “previous researches conducted by Social Action reveals that oil theft which is the major reason for puncturing oil pipelines is carried out mainly by armed cartels who are most times not even members of the community”.

Issac said, “We believe that a new set of laws are necessary to govern the petroleum industry in Nigeria. However, the PIB’s proposals, as it is, would promote environmental impunity in the oil industry and exacerbate social dislocation in the oil-bearing communities in the Niger Delta.

”On Tuesday, January 26 2021, representatives of oil-bearing communities and civil society organisations from the Niger Delta were denied the right to participate in so-called Public Hearings organised by the Senate. After dedicating the first day of the hearing to take elaborate presentations from oil company representatives and government stakeholders, the Chairman of the Committee promised to allow the presentation of host communities’ views the next day.

”Unfortunately, rather than accord the representatives of oil-bearing communities the same attention, they were denied the opportunity to speak and instead asked to ceremonially hand over copies of their memorandum to the session Chairman. Again, we noted a similar display at the House of Representatives Hearing where members of oil host communities were denied access to the public hearing hall.

“We consider the manner the National Assembly has handled host communities and civil society contributions in these hearings as deliberately aimed at ensuring those critical voices are not heard.

“As the Petroleum Industry Bill is critical to the functionality of the oil and gas sector and the Nigerian economy, it is of utmost importance that all stakeholders are treated equally and accorded the same opportunity to discuss its contents and proposal.

“We are also profoundly concerned about the limited number of days and hours allocated to the Public Hearings on the PIB. Each day’s session lasts between 10 am and 1 pm. On the average, only about three hours are spent on the hearings each day, amounting to only six hours of public hearings in both houses of the legislature. To say the least, this is grossly inadequate and does not indicate a commitment to aggregating and considering all views”.

Speaking further, he said though they were in support of a speedy passage of the Bill, however they were more interested in such bill’s content and quality.

He stressed if this provisions of the law was allowed to stand, “it could result in consistent denial of benefits which could in turn engender conflicts”.

He asked the National Assembly to give ample time for host communities to make presentations, adding that the National Assembly can achieve this by working with the state houses of assembly in the various states to hold public hearings and reduce the burden of poor community members travelling to Abuja for hearings only to be denied participation.

Meanwhile, making its presentation at the hearing, the Chairman, Revenue Mobilisation, Allocation and Fiscal Commission (RMAFC) Elias Mbam told the lawmakers that the bill may cut the flow of revenue to the federal government.

He said, “The Commission supports fully the aims and objectives of this Bill. However, there are some areas we are concerned strongly. The Bill did not make reasonable provision on inflow of revenue to the federation. If we have NNPC Limited that is talking about dividends which may come once a year, how do we guarantee a continuous infow of revenue monthly into the Federation Account?

“On the host community funds, the Commission is totally in support of the establishment of community funds. Our concern is the source of the fund. There is subsisting law which has provided 13% to address issues that are related to community funding. We feel that source of fund should be from that 13%.”

He said, ”From the Minister of Finance, Budget and National Planning, we are currently engaging our colleagues from the Petroleum sector to harmonize the government views on certain areas where we see some rooms for improvement. So, as one government when we are through, Honourable Chair, we will be giving you our memorandum.

“We are moving the right direction with the PIB but it is important that as much as we want to protect today’s revenue, we should look at sustainability. We should look at how revenue streams will continue to flow over the years and these are areas that from the Ministry of Finance, that we are looking at because we don’t want to get all the money today and lose tomorrow’s money”.

Earlier, before the commencement of the day two of the hearing, members of the host communities engaged in physical altercation.

The fight broke out when the Host Communities of Nigeria Producing Oil and Gas (HOSTCOM) was called to the podium to make presentation by the Chairman of the Ad-hoc Committee on PIB, Hon. Mohammed Monguno, but there was disagreement amongst them leading to exchange of blows until security operatives intervened.

To this end, lawmakers and other participants scampered to safety, and reconvened after the dust settled.

One of the men involved in the fight, who identified himself, as High Chief Benjamin Tamaranebi, speaking to journalists said the fight was all about the demand for 10 percent equity shares by the host Communities.

The Committee Chairman announced soon after they reconvened that henceforth members of the Communities would only adopt their memoranda and exit the podium, assuring that the panel would visit various Communities in the coast region to properly engage them.