BPE, Indian Group Work out Modalities for Investments in Nigeria  14 mins ago 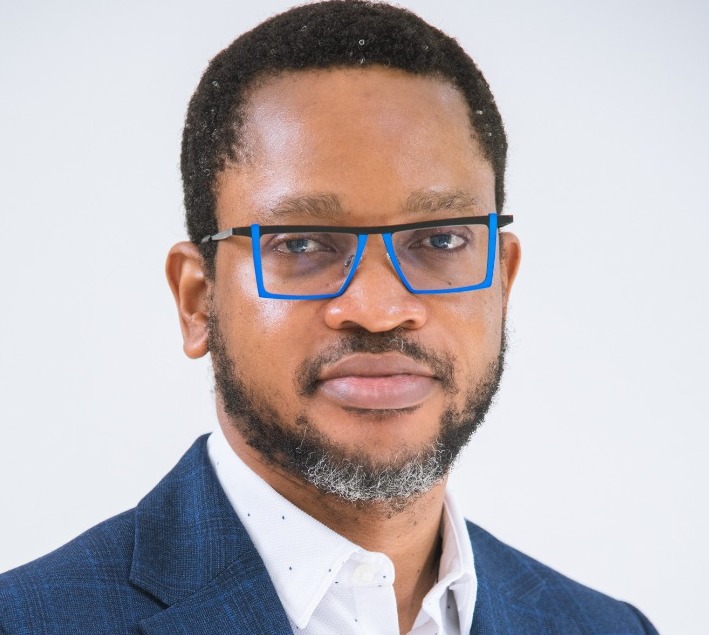 The Chief Finance Officer, TNOG Oil & Gas Limited, a subsidiary of Heirs Holdings, Mr. Sam Nwanze, in this interview on ‘Arise Xchange,’ a programme monitored on AriseTV, sheds more light on his organisation’s recent $1.1 billion investment in the acquisition of the strategic OML 17 from Shell, ENI and Total and the economic benefits of the deal. Excerpts:

Why did Heirs Holdings embark on this investment?

For the long time, you and I know that energy is an important part of the growth of any economy. And at Heirs Holdings, for a very long time we have been looking at how to contribute to that energy discussion, to ensure that we can contribute to driving economic development in Africa. So, about eight years ago, we began to look at the opportunity to acquire upstream assets so as to drive our integrated energy strategy across the industry. So, this transaction, the acquisition of OML 17 keys right into that plan that we have to build an integrated energy business, to help in meeting the energy demand that we have in the continent.

How do you plan to relate with the host communities?

As you know, community relations and community engagements are important, not just in oil and gas, but in every business. At Heirs Holdings, we have a track record of being able to relate and to work with communities across all our businesses. We have investments in financial services, healthcare, power, hospitality and in all of these businesses we’ve had the need to engage and interact with the communities. And you would notice that as part of our engagement with the communities, we have been doing quite a lot. Apart from what the businesses do, our Foundation, the Tony Elumelu Foundation (TEF), is actively involved in capacity building and entrepreneurial development across the continent. So, specifically, as it relates to this asset, there are a number of things that we want to do. First of all, we want to build upon the community relations that SPDC had with the communities. But, we also want to enhance that because we are indigenes. For us, this is not an asset that we move into, operate and go.

This is our home and those in the communities are our grandfathers, our grandmothers, our fathers, mothers, uncles, our aunts, our brothers, sisters, our sons and daughters. We intend to apply those kinds of principles that we have done across a lot of the assets that we have been involved in and had acquired also in this particular transaction. One of the things we are looking at doing is to build a customised-targeted version of what we do in the Foundation in capacity building and entrepreneurial development through these communities. We are already doing some of that. The TEF has already supported close to 900 entrepreneurs that come from these same communities in the Niger Delta. So, we are going to expand that programme in addition to what is currently being done in terms of developmental projects, training and capacity building that would take place in the communities.

How does this mega deal benefit the government?

As you know, as for us as an investment group, we love turnaround opportunities, to take things that are not performing at the level that we think that they should be and to take them to the level where they maximise their capabilities. This asset has about 1.2 billion of oil equivalent, it has an additional one billion exploration opportunities, it sits on about 2.2 tcf of gas. These are huge amount of oil and gas resources that if well-developed can feed into the development of the economy as a whole. So, apart from bringing economic activities to the area as we expand and grow the capacity of the asset itself, the team we have put together is made up of seasoned professional Nigerians who have been well-developed and trained by a number of the international oil companies (IOCs), that we are bringing together to work on this assets and also build the capacity of our younger ones that are coming up and we would be introducing into this industry. Also, because of the growth plan that we have, we see significant amount of benefits to the government in terms of the royalties, the levies, taxes and all of that. In addition, we also see huge employment opportunities because are going to grow what we currently have there and it would result to improved economic activities, both direct and indirect economic opportunities that you would find in the market. So, these are huge benefits that this deal will bring to the economy at a time like this when we are going through this difficult moment in the world. We see this as an opportunity to make more contributions in the social and economic development of the country.

How did Heirs Holdings raise the money for this deal?
I wouldn’t say it was an easy journey, but one of the beliefs we have at Heirs Holdings is that ones you put your mind at something, you can get it done. The funding was raised in the international market; it was largely advised by Standard Chartered Bank and United Capital, a local financial services firm. But we were able to put together the financing from top financial institutions such as ABSA, Afreximbank, Standard Chartered, Africa Finance Corporation and some international organisations and one of the largest asset management companies in the world that is based in Europe and Moody’s Asset Management also participated in the deal. The key thing in such deals is structuring. If you have a deal and you are able to structure it properly, people see value.

And I think the $1.1 billion is a testament of the confidence that the international market still has in the Nigerian economy, so long as you can put a deal together that ticks the right boxes and people can see that you are working with a group of people who are capable, who have the capacity, are transparent and are good at what they do, you will find investments flow into the economy because there are opportunities in Nigeria and there are a lot more that we can do if we go along that track. So, in terms of the financing, just to break it down, from the $1.1 billion, $800 million goes to the assignors, which is the consideration we are paying for the asset. We have acquired 45 per cent participating interest – 30 per cent owned by SPDC, 10 per cent by Total and five per cent by ENI. And there is an additional $300 million, which is part of the financing, which is needed to address transaction cost and also to provide sufficient working capital facility for us to run the asset and begin to generate value initially. That was why I mentioned earlier on that it is really about structuring, it is about being able to get the deal structured right. This asset, historically has done over 1,000 barrels and the resources are there. The capacity to do more is already existing and so we have bought into the potential of the asset.

Can you describe the capacity and size of the asset?

OML 17 is an interesting asset. It is located in Rivers State and it covers about 1,300 square kilometres, so you are talking about a huge piece of acreage. In terms of its 2P resources, it is about 1.2 billion barrels of oil equivalent, gas is about 2.2 tcf, it has additional exploration opportunities of about one billion barrels. There is also gas capacity in the asset of about 170 million scf and this includes a brand new gas processing plant which we would be commissioning sometime this year. Of about 80 million scuff. The asset itself has the resources that are required at a time like this to drive the gas strategy of the government and also to address the energy gap that we have in the country today. So, it is an interesting piece of asset for us; we are excited at Heirs Holdings and Transcorp as it relates to this deal and we are looking at doing a lot with it. Just watch this space because we have plans with this asset.

Tell us a little about your partners in this deal?
On the lending side, I have already mentioned some of the banks that are participating in the deal. As you know, we are acquiring 45 per cent participating interest and the other 55 per cent is still owned by the NNPC. NNPC has been quite wonderful and our engagements with them have been very interesting, useful and focused on ensuring that we are able to generate vale from the asset. We also have partnership with Schlumberger. Schlumberger Production Management is providing tools and technology that would help us sweat the asset and to get the best out of it. TNOG, which is the company that Heirs Holdings used in acquiring the asset is the operator of the asset. So, after going through the scrutiny of the regulator and of NNPC, we have been selected as the operator of the asset. So, we have built in capabilities from all these partnerships that we have and the way we run our businesses at Heirs Holdings to ensure that we generate value.

Tell us more about the TNOG?
It is a new company which we set up for the purpose of acquiring this asset and to grow our energy play. Our focus at Heirs Holdings is not really oil and gas, but more of an integrated energy play. So, we set up this company with that focus in mind and we are starting with the acquisition of this upstream resources that would help us further develop a number of things that we are looking at doing along the entire energy value chain. It is sponsored by Heirs Holdings and Transcorp and we are looking forward to putting that name on the map globally as it relates to the energy business. As an investment group, we are very particular about the development of the African economy, transforming lives in Africa and we have our eyes on a number of things and I would say watch Heirs Holdings, watch Transcorp for things to come in the nearest future.