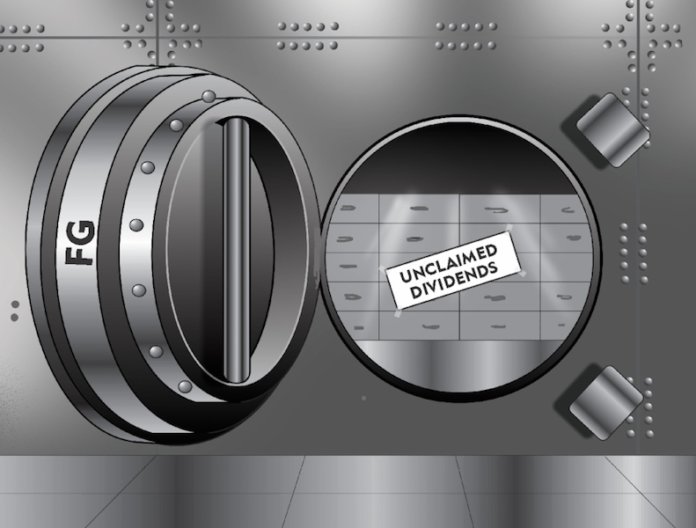 The use of unclaimed funds may be worth it as long as the resources are well managed
The current move by the federal government to securitise unclaimed dividends and dormant bank account balances of up to six years may not have come to many as a surprise. With a burgeoning public debt profile, dwindling oil revenues and a global pandemic that has turned the world upside down, even as the national macroeconomic fundamentals continue to head south, something had to give. But in implementing the plan, which came at an amazing speed, the interest of owners of these unclaimed dividends and dormant accounts must be protected.

Many reasons, including death, account for the failure of shareholders to claim already paid dividends after six months while dormant bank accounts occur when their owners fail to operate or make them active for some time. As of December 2019, the pool of unclaimed dividends in the Nigerian capital market stood at N158.44 billion. This figure–which may have increased by now – as well as another yet-to-be established amount in dormant accounts across the nation’s financial system will come under a trust fund, by the federal government plan.

We understand the misgivings by some Nigerians but the transfer of unclaimed assets to an unclaimed funds trust fund is standard practice in many parts of the world. The move by the current administration to escheat the funds to the federal government after a dormancy period is consistent with what is done in countries like the United States of America where state governments exercise such powers. But since dividends and bank balances are private wealth of investors, there are issues of law and due process. The underlining concern is how the policy benefits the owners of these unclaimed dividends. What, for instance, are the terms of repayment? Does the composition of the Governing Council of the Fund which include key stakeholders such as the Central Bank of Nigeria (CBN), Securities and Exchange Commission (SEC), Nigerian Deposit Insurance Corporation (NDIC), the DMO, company registrars and shareholders etc., provide enough safeguards?

These are the questions that need to be answered. But we understand why the economic managers are exploring this unconventional method to mitigate the liquidity squeeze. It is the quest to seek alternative financing windows for government activities that gave birth to the recently enacted Finance Act 2020, which captures the management of unclaimed dividends and dormant account balances as part of many other provisions intended to mitigate Nigeria’s fiscal frailties and economic crunch, significantly exacerbated by Covid-19 pandemic that has now entered its second wave with more ferocity.

Under the structure put in place by Finance Act 2020, a N500 billion Crisis Intervention Fund will be created. It will be funded by Special Accounts, as well as other sources approved by the National Assembly. Again, under this arrangement, unclaimed dividends and bank balances are subject to a Perpetual Trust to be managed by the Debt Management Office (DMO), with a governing council chaired by the finance minister and a co-chair of ‘impeccable integrity and reputation’ from the Organised Private Sector (OPS). This Perpetual Trust is a special debt owed by the Federal Government of Nigeria (FGN) to genuine shareholders and bank customers, together with the relevant yield on the borrowed funds.

Against the backdrop that the government is not known to have defaulted on its public debt obligations, there may not be much to fear on this score. However, it is important to ensure that the DMO – after taking over the funds – is supportive of efforts made to trace the real owners. The fact that the money will be transferred with interest as soon as the owners are established should boost investor confidence. That way, any negative fallout is expected to be mitigated. But how this new financing window impacts the overall economy depends on what the federal government does with the money that is borrowed after six years of dormancy.

If the aim is to help the federal government attain its developmental needs in the areas of infrastructure, health, education, power and transportation, it is a laudable idea. The challenge, however, is that over the years, the federal and states governments have accumulated huge domestic and foreign debts. Most were largely frittered away.

Quote
If the aim is to help the federal government attain its developmental needs in the areas of infrastructure, health, education, power and transportation, it is a laudable idea