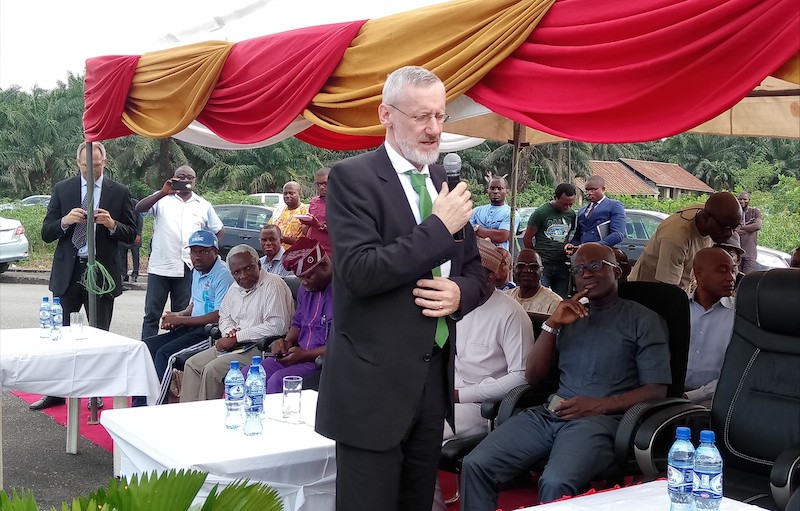 The Financial Times of 22 December, 2020 published an article on Nigeria with the headline claiming: “Nigeria is at risk of becoming a failed state.” The sub-head read: “With kidnapping and insecurity rife, the government needs to restore trust.” The article prompted much discussion in Nigeria, with some indignantly rejecting the suggestion, while others used it to castigate the current administration. However, what got forgotten in the interpretation turf war was to ask: Does the argument over whether the government has full control of the nation’s sovereignty actually help move the country forward?
Symptoms and Causes: We would maintain that such a discussion is not helpful at all, as it mistakes symptoms for causes. Insecurity, at least in the eyes of scholars, is the result of policy inadequacies.

Put differently, instead of arguing over whether the state has ‘failed’ or whether Nigeria is a ‘fragile’ state, the focus should be on coming to grips with the underlying causes of the insecurity and trying to rectify them. Most scholars likewise agree that there is a direct correlation in the Global South between economic dire straits and a rise in insecurity.

This, we suggest, would be a more fruitful paradigm. Let us stop looking at government in terms of finger-pointing and blaming-and-shaming, and instead look at what has not been done for the economy with a focused view on what needs to be done.

The last time an economy of a country with a population equal to or greater than that of Nigeria today, which currently stands at 206 million, manifestly failed was in the then Soviet Union in 1991, which led Mikhail Gorbachev to intervene with “Perestroika” (restructuring) and “Glasnost” (openness, transparency) to bring about system change in the then moribund political and economic system. The Russian workforce in 1990 was estimated at 115 million and unemployment was reported to have risen by 12 percent or approx. 13.8 million people in 1991 alone. While no statistics on unemployment were kept, as it was officially ‘impossible’ in the Soviet Union, one must add to the figure all those who were employed in state corporations and ministries and did not actually do anything – that is, contribute productively to the economy.

In Russia, under Gorbachev, and then Yeltsin, fundamental economic and structural changes were enacted, albeit only to culminate in the current oligarchic system put in place under Putin since the turn of the millennium.

Since that time, no large country has since seen economic meltdown on the scale Nigeria is currently experiencing. Let us not take as our yardstick for the economy GDP, and let us not concern ourselves again with arguments over GDP-to-debt or government revenue-to-debt issues, as again these serve only to side-track attention away from the critical question of the economy. Instead, we will take unemployment, as it directly reflects the socio-economic impact of an underperforming economy.

According to Okun’s Law, in the USA for each 2.5 percent drop in GDP, unemployment rises by roughly one percent. If we assume average labour productivity in Nigeria to be 2.5 times lower than in the USA, then for each one percent fall in GDP unemployment will rise by one percent. According to World Bank estimates, Nigerian GDP fell from US$ 494bn in 2015 to US$ 448bn in 2019 or by about 9.3 percent and continued to fall in 2020. In other words, unemployment invariably went on rising. Taking Nigeria alongside a peer group of countries with similar populations and unemployment challenges, specifically youth unemployment, as captured in the table below, shows the acuity of the problem.

If one looks at the table, then Nigeria is clearly performing worst. In other words, where Nigeria is manifestly failing is economically – and it is first and foremost failing the younger half of its population, the under 25s, as is Brazil. One could go even further and say that if it were not for the informal economy, which supplies many with ‘informal’ employment, the overall economy would be in much more dire straits. In other words, the economy has failed Nigeria, and as a consequence insecurity has risen, which serves only to reinforce economic underperformance, thus leaving Nigeria in a vicious cycle. To break that cycle, Nigeria must immediately do eight things:

Two, systematically adopt innovation and science, and intermediate technology coupled with digitization. For example, tractors, smartphones, and hybrid seeds would allow efficient ploughing, real-time meteorological data, and higher-yielding crops, respectively.
Three, redirect and optimise use of scare resources into productive activities and avoid palliatives that merely prolong the Final Point of Collapse, and do not prevent it. They paper over a crack that simply gets wider. The same financing could be applied to boost agricultural investments.

For example, the Anchor Borrowing Programme does not help the smallholder become a less-smallholder, it simply helps him sell his product. Here, effective land title and certification would offer the smallholder a means of owning collateral; and improved extension services would improve his productivity.
Four, focus on the ‘M’ and ‘S’ in MSMEs – and on supporting small-scale farmers upscaling. This will help formalize the informal, creating a broader tax base and employment directly where the unemployed are.

Five, favour small and decentralised structures over the large. As recent experiences show, ‘business magnates’ have acquired wealth by engendering the rentier system at the expense of the economy. With smaller business structures, the frictional losses are less and often the speed of enterprise is faster.
Six, ensure that the CBN is independent in its actions as this will enable it to act decisively to curb what is now rampant inflation.
Seven, decongest the main ports with immediate effect to lower export/import costs significantly.
Eight, develop above all ‘Last-mile’ infrastructure to promote economic growth and enhance rural development.

To this end, economic policy should, therefore, focus more on the majority of small and medium enterprises – those who have to date been excluded from the formal economy.
Let us look for examples of nations where government have failed not in exercising sovereign control over their respective territories, but in keeping their economies afloat and see what this tells us what Nigeria needs to do to develop into a prosperity nation. If it embarks on such a track, then it will be able to tackle the root cause of insecurity, unemployment, particularly youth unemployment, poverty, social exclusion, etc., while at the same time deploying security forces to tackle the symptoms.

The history of the 20th century is replete with examples of how societies started to unravel when their economies failed. The causal direction appears to be more the latter than the former, with the former being a consequence. It is not just insecurity that can arise, as a failing or flailing economy invariably exacerbates all the other parameters of social cohesion and brings the underlying fault lines into sharp relief. So, all the more reason to focus firmly on the cause rather than symptoms.
–Babalola and Gaines are on the board of The African Politeia Institute