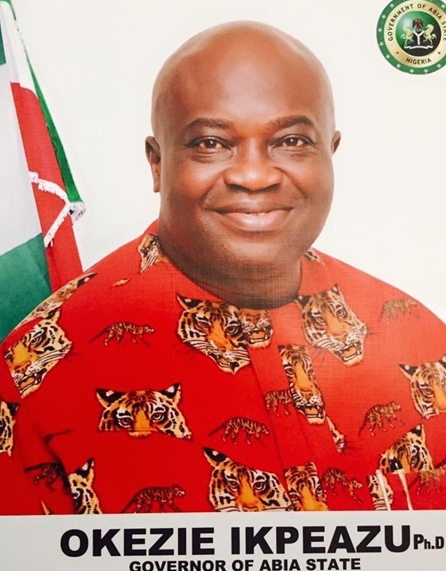 Onyebuchi Ememanka, Chief Press Secretary to the Governor of Abia State recalls the sorry state of roads and other infrastructure in Aba, the commercial nerve centre of the state before the governor’s redemptive intervention

These are things that should have happened yesterday.

When I brought my family back from Lagos after my seven year sojourn, one of my most difficult moments was having to find an answer to my children’s questions about the total absence of such things in Aba. In Lagos, they were used to seeing and visiting such shops all over the place.

That these things have been non existent in a huge town like Aba speaks volumes about the story of Aba and its economy, especially in the last two decades.

The truth must be told.

Certain imperatives drive development. Discerning and serious businesses take decisions based on hard facts. No businessman or investor can take his hard earned money to a place where there is no guarantee of Return on Investments (ROI).

ROI is perhaps the most compelling factor that influences business decisions by investors.
Questions like security, favorable government policies, accessibility, big market, etc rank topmost amongst the considerations that bug the mind of an investor who plans to move his business to a new area.

Let’s look at the issue of infrastructure and accessibility.
The economy of Aba draws its oxygen from two major routes. The Calabar/Akwa Ibom axis and the Port Harcourt axis.
As at 2015, there was no way to enter Aba through the Akwa Ibom flank. The only entry point then was the Aba-Ikot Ekpene Federal Highway. With the total collapse of that road, there was a total annihilation of business from the Akwa Ibom route.

Every Aba person knows that the volume of traders who come from Akwa Ibom and Cross River States to buy stuff in markets in Aba is massive. Indeed, some Aba traders survive exclusively on them. When that flank closed, businesses suffered in Aba. Many shut down and the town bled profusely.

The story was the same for the PH flank. With the massive dilapidation of the Enugu PH expressway, reaching Aba from Port Harcourt was a hellish experience. Then when you manage to navigate to Aba on the expressway, it became almost impossible to enter Aba town proper. All the routes that linked Aba from the expressway had collapsed completely. The only available route was through Osisioma Junction and the trip from to that Junction from the PH road Junction was so long and became a huge disincentive to the average PH businessman. Gradually, that end of the Aba economic oxygen was plugged off. The result? Economic asphyxiation set in.

Then inside Aba proper, internal roads were in a terrible shape. Movement from one place to the other became a herculean task.

Add these to the spate of insecurity and kidnapping ravaging the town then, Aba looked like a lost city. Environmental Sanitation became a major problem as refuse trucks couldn’t access major roads to cart away refuse on account of bad roads. Refuse heaps developed at a very fast rate.

The government of the day then was overwhelmed completely. Their main focus was on fighting the rampaging criminality in the city. Huge funds that should have been used for development were channeled into the fight against violent crimes like brazen armed robbery, kidnapping and other vices. Banks closed shops in Aba and many people fled the town.

Under the above circumstances, no business man will have the nerve to bring any investment here. Not even a fast food shop. It’s the simple truth!

When Ikpeazu came on board, he understood that the only way Aba could rise again was to boost trade and commerce. He saw clearly the need to remove impediments to accessibility into the town. He saw the need to stabilize security and improve road networks, especially roads leading to our markets.

Aba was in dire need of economic oxygen. Ikpeazu understood and went to work.
Today is story is changing and we are making progress. Some may argue that it’s slow but it’s steady and will remain so.

Today, the Akwa Ibom flank has come back to life. Businesses from that flank are alive again. Using the bypass done by Ikpeazu along the Umuaro – Ekwereazu Ngwa – Nto Edino road, vehicles now ply from Akwa Ibom into Aba with ease.

As at 2015, there was only one road available for use between Obikabia Junction and Aba Town. Today, there are four of them. All delivered by Ikpeazu, namely Ehere, Umuola, Ukaegbu and Omoba roads. Vehicles coming from Akwa Ibom now have a choice of four roads into Aba town proper.

If you want to know the volume of trade between Aba and the Akwa Ibom flank, go to Ogbor Hill between 6pm and 6.30pm. The number of vehicles moving goods from Aba and headed for Akwa Ibom and Cross River States will shock you. The traffic gridlock experienced around Ogbor Hill every evening is because “Ndi Mmong” are going home after a busy day in our markets. Our traders are smiling again.

Same for the PH flank.
Ikpeazu’s strategy was to open up roads linking the expressway into Aba. Today, driving from PH into Aba, you have options, you either use Ariaria Junction, Tonimas/Umule, Chima Nwafor road or Oomne drive. All of these lead you into Aba depending on the part you are going to. Ariaria International Market is now accessible from the expressway for the first time in over 30 years.
The other two most important link roads into Aba from the expressway, PH Road and Uratta will also be fixed by the Ikpeazu administration.

Internal roads are also getting fixed. More will follow.
There is peace and security.
Government has demonstrated in practical terms that it is committed to the recovery of Aba. The Governor says it everyday. He has brought back a sense of pride in our artisans.

As these things unfold gradually, the business community is watching with keen interest. They are observing.

So when you see these businesses coming into Aba, it’s not by accident. It’s the response to careful planning by Ikpeazu.
These food joints see that Crunchies, which had been the only consistent one in Aba has moved from one branch some years ago to about five or six in five years. So they want a piece of the action.

An investor has established a Cinema in Aba because he knows the town is safe and People can come out in the night to watch and can go home safely.
They have seen the roads done 5 years ago still standing.

The Nigerian Railway Corporation gave a huge order to the Enyimba Automated Shoe Factory to produce work boots for their staff. That order kept them busy throughout the Christmas season.
Automated Shoe Factory in Aba?
Oh yes. Ikpeazu did it. The automated garment factory will follow shortly.

Investors are no fools. There is something they are seeing that they have not seen here in a very long time. That’s why they are coming.

So while people see Ice cream joints and shopping malls and fried rice joints, we see something different.

We see the gradual recovery of Aba and greater hopes in the horizon. Between now and the next one year, more businesses will open in Aba. Big names will come here. They want profit and they will find it here. Chicken Republic and Dominos Pizza/Coldstone Ice Cream opened shops within one week at different locations.

Like Governor Ikpeazu says, “People don’t take their investments to a place because their friend or inlaw is the Governor. Something pushes them”.

Aba is on the move.
Ikpeazu is on the driver’s seat.