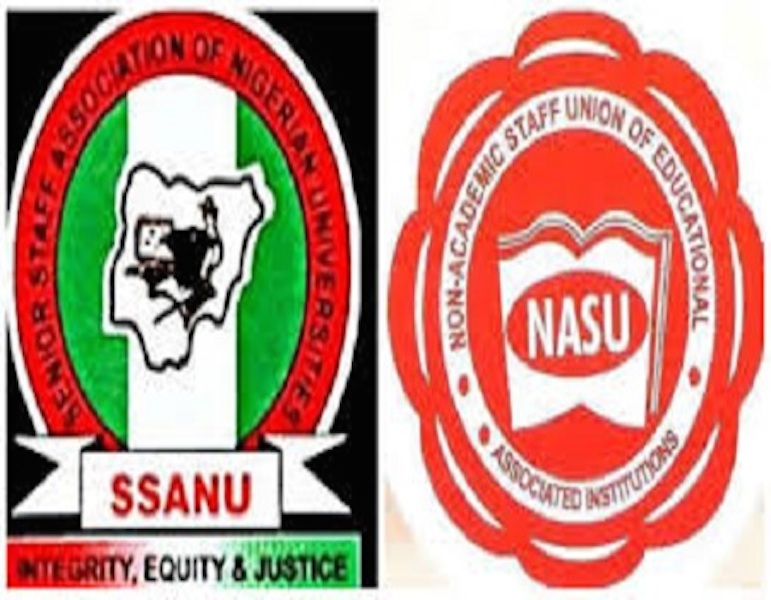 Varsity workers under the aegis of the Non-academic staff of educational and associated institutions, (NASU) and Senior Staff Association of Universities (SSANU) have threatened to embark on an indefinite nationwide strike over non-implementation of the Memorandum of Understanding (MoU) signed with the Federal Government on 20th, October, 2020.

The unions will also meet on Tuesday next week to deliberate on their next line of action.

The threat was contained in circular jointly signed by SSANU President, Mr. Mohammed Ibrahim and his NASU counterpart, Mr. Makolo Hassan and addressed to all branch chairmen of NASU and SSANU in the universities and Inter-University Centres in the country.

According to the presidents of the unions, the National Joint Action Committee (JAC) of NASU and SSANU met yesterday, to appraise the three days nationwide protest as decided at its meeting held on Friday, January 8.

“Evaluating the nationwide action, the leadership of JAC commended the courage and commitment of members in effectively prosecuting the protests across the branches.

“The National JAC further observed the need for members of the unions (NASU) and SSANU) to take ownership of subsequent decisions in respect of the way forward after the nationwide protests.

“To this end, Branch Chairmen of NASU and SSANU are hereby directed to convene joint congresses simultaneously on Tuesday January 19, 2021 to take a resolution on the possible commencement of an indefinite and total national strike.

“This is in respect of non-implementation of the issues contained in the Memorandum of Understanding (MoU) signed and agreed with the unions by the federal government on October 20, 2020.

It said the resolution of these congresses are to be forwarded to the national secretariats of the respective unions via email, while a meeting of the leadership of the National JAC shall be convened on Thursday, January 21, 2021.

The circular added that this is to collate and take decision on the branch resolutions ,which shall be communicated to the branches subsequently.