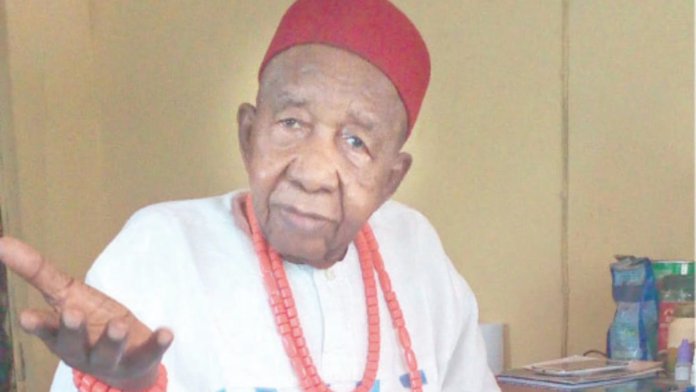 Until Nigeria became a sovereign nation-state, it had been under repressive colonial rule for a long time. So, such freedom fighters and nationalists as Rt Hon Dr. Nnamdi Azikiwe, Obafemi Awolowo, Nwafor Orizu, Alhaji Tafawa Balewa, and others fought relentlessly and bravely for the political emancipation of Nigeria. And before Nigeria became a politically independent country, it had been evincing the tendencies and traits of a country that would become a great country, technologically and economically. So, Nigerians celebrated wildly when the British union jack was lowered and the green and white flag hoisted, signifying Nigeria’s new status as a sovereign country.

Sadly, barely six years after Nigeria’s attainment of political freedom, the country was embroiled in political trouble with the western region turned to a theater of bloody conflicts. Consequently, the military struck and overthrew the government of Alhaji Tafawa Balewa. The coup plotters cited nepotism, political maladministration, and pervasive corruption in the country as their reasons for staging and executing the coup.

The January 15, 1966 coup was tagged and branded an Igbo coup because top politicians of Igbo extraction like Nnamdi Azikiwe, Akanu Ibiam, Nwafor Orizu, and others were not killed whereas some Yoruba and Hausa/Fulani politicians were brutally and gruesomely killed in the coup.

The lop-sided killing or purge of members of the ruling political class reinforced the belief that the coup was an Igbo coup. Consequently, there was a countercoup in July 1966, which led to the genocidal decimation of the Igbo people’s population in the north. The political conflicts of 1966 snowballed into the Nigeria-Biafra civil war.

Among those who played great roles in the 1966 coups and the civil war was Colonel Emmanuel Nworah Nwobosi, a native of Obosi, Anambra. He was imprisoned after the botched putsch of January 15, 1966. Major Nzeogwu, Major Ifeajuna, Major Ademoyega, Captain Ben Gbulie, Lt Bob Igbikor, Lt Oyewole, Lt J.C Ojukwu, and others were jailed, too, for their participation in the execution of the January 15, 1966 coup.

They were transferred to the Enugu prison when political tension mounted in the country owing to Lt Col Ojukwu’s secessionist bid. And before the outbreak of the Nigeria-Biafra civil war, Colonel Nwobosi and others were released from the Enugu prison.
A very brave and courageous soldier, he saw action in the Nigeria-Biafra civil war. In fact, he led an artillery unit that launched attacks against the Nigerian soldiers. He was wounded in a battle at Obollo-Afor, Enugu State. That spinal cord injury, which he suffered, changed his role in the war. After his recuperation from the wound, he was redeployed to the Defence Quarters to understudy Col Patrick Anwuna. His transfer to that place brought him close to Lt Col Chukwuemeka Ojukwu, the leader of the secessionist Biafra.

At the end of the civil war, he went into exile in Libreville, Gabon, the place from which he travelled to Ivory Coast to stay with Lt Col Ojukwu. He was in exile for 14 years before he returned to Nigeria in 1984.
Until his death at a ripe old age in the late 2020, he enjoyed warm and intimate relationship with the Anambra State governor, Chief Willie Obiano. It should be noted that he contributed in no small way to the successful execution of the Ozoemezina mass burial for the victims of the Nigeria- Biafra civil war at the Alex-Ekwueme Square, Awka, in 2015. The event was performed for the appeasement of the earth-bound souls of those who died prematurely and violently in the war. Its significance was not lost on us as the Ozoemezina ceremony was in harmony with Igbo metaphysics.

Again, during his life time, Colonel Nwobosi had cause to shed light and offered insightful answers to some controversial issues agitating the minds of Nigerians. On the allegation that the January 15, 1966 coup was an Igbo coup, he said this: “When we did coup in 1966, we had officers from every section – Yoruba, Hausa, and Igbo, etc. I had an Urhobo lieutenant as part of us. Nigerians should be interested in what caused the January 1966 coup and the civil war, and not just keep saying it is an Igbo coup. We did not even fix January 15, 1966 for the coup. It was when we heard that a major northern cabal in the army was planning a coup that young officers like myself, Madiebo, and our friends from Yoruba, Hausa, and other parts swiftly mobilized to do the coup on January 15, 1966.”

Colonel Emmanuel Nwobosi attended the same school as Major Kaduna Nzeogwu. He was at Royal Military Academy Sandhurst after he had enlisted in the Nigerian army. He rose to the rank of Captain in the Nigerian army whereas he was a Colonel in the army of Biafra.

The traditional title of Ogene Obosi was conferred on him, which is a proof and testament to the high esteem in which the people of Obosi held him. And he deployed his knowledge and leadership skills and qualities to work for the betterment of Obosi. And having been born in 1939, he belonged to the Irugo Age Grade, Obosi.
––Chiedu Uche Okoye, Uruowulu-Obosi, Anambra State

editor - January 16, 2021 3:03 am
14
PENDULUM BY DELE MOMODU Fellow Nigerians, these are not the best of times, globally! That statement is even an understatement. The COVID-19 pandemic currently...

Balogun: Why Nigeria’s Investment Environment Must Be Conducive