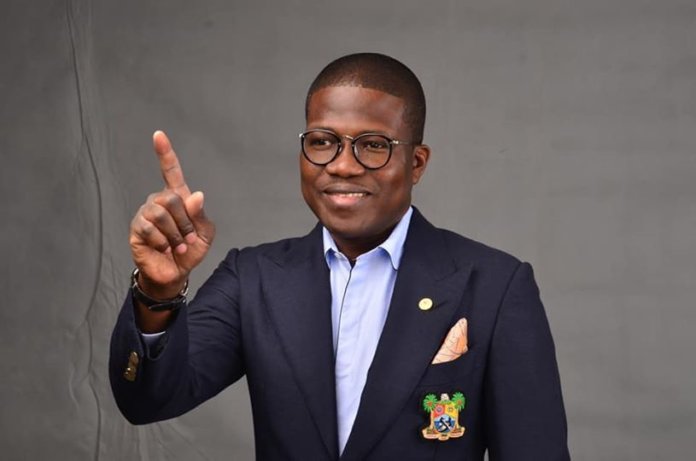 Lagos State is starting off in 2021 with a bang on all sides! One of its most powerful figures just clocked a year short of the golden 50. More to the point, said figure chose to launch a spiritual campaign to draw God into the picture of Lagos governance and everyday life, demonstrating that he has the welfare of Lagosians and Nigerians at heart.

The figure is none other than Hakeem Muri-Okunola (HMO), Lagos State’s 21st head of service (HoS). HMO clocked 49 on January 7, 2021. Amidst so much going on, HMO elected to have a prayer service to show gratitude to God and ask for greater wisdom, patience, and personnel to help raise Lagos State and Nigerian to higher levels of economic growth and development.

Folks were quick to raise glasses in HMO’s honour, mostly because he is the most celebrated civil servant in the state, second only to his boss, Governor Babajide Sanwo-Olu. But the honour paid Muri-Okunola is not for nothing.
HMO was appointed HoS in December 2018, making him the most senior Lagos civil servant. Until this appointment, he was the permanent secretary of Lagos State Ministry of Youth and Social Development, where he oversaw the amendment of the Child’s Rights Law and the Child Protection Policy.

Hakeem Muri-Okunola has been blazing trails since he first came into the limelight at Ibile Holdings, an investment arm of the Lagos State government. It was during this time that his smart and hard-working personality drew the attention of the then Lagos State Governor, Bola Ahmed Tinubu. The latter consequently raised Muri-Okunola’s career collars and made him his personal assistant. Not long after, HMO’s good work landed him the position of permanent secretary at the Lagos State Lands Bureau.

Hakeem Muri-Okunola has not collapsed the prestige of his forebears at all. As the first son of the late respected Justice Muritala Okunola, HMO has done nothing but raise the bar even further. He remains the number one go-to-guy in Lagos State’s league of administrators, blazing with even more fire at age 49 than his contemporaries.