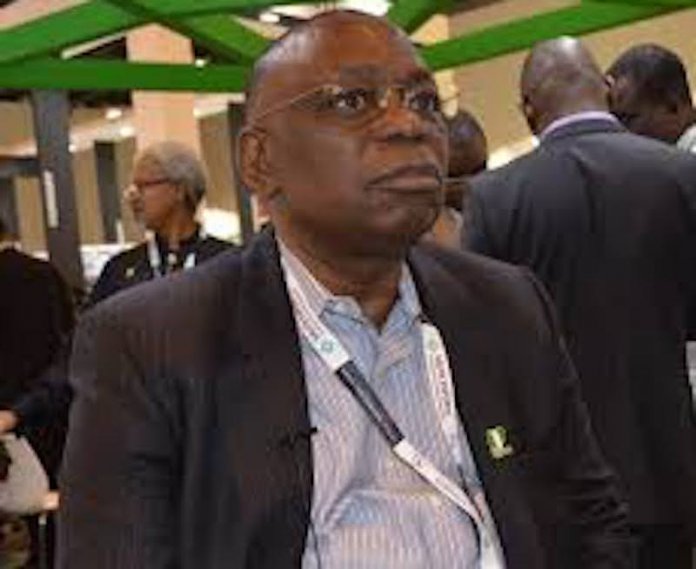 HighLife
The sudden demise of Dr. Tosin Ajayi, the Managing Director of First Foundation Medical Engineering Company was one of the most jolting incidents in April 2020. The man had contributed immensely to the health and wellness of many people, big and small, a true hero of the people. But the shock that followed his death is nothing compared to the shock from the fact that eight months after, Tosin Ajayi remains unburied.

Almost immediately after Dr. Ajayi passed away, the peace of his immediate family passed away with him. His wife, the renowned former beauty queen, Helen Prest-Ajayi, entered into a boxing ring with the deceased’s children from his first marriage. Thus, because of the alleged feud between Prest-Ajayi and all five children of Mrs. Yemisi, Ajayi’s first wife, things got very uncomfortable and complicated within the family.

It was originally published that Dr. Ajayi’s demise resulted from kidney problems. His first kids, however, refuted this claim and immediately reported their stepmother (Helen Prest-Ajayi) to the Lagos State Commissioner of Police, alleging that she was responsible for their father’s death. Faced with this allegation, the police got involved, invited Helen Prest-Ajayi to write a statement of defence, and began to investigate the accusation.

Although the results of the police’s investigation showed that Dr. Ajayi had indeed died from kidney failure complications, the issue was nowhere near over. The disgruntled Ajayis demanded and obtained a different death certificate which was slightly different from the original one issued to Helen Prest-Ajayi: the address of the deceased had been changed to that of his first wife’s. This ‘error’ paved the way for the involvement of Ajayi’s first wife, Yemisi. Probably confident from her being a sibling to Senator Olorunnimbe Mamora, Mrs. Yemisi asked the court to release the deceased’s remains to her own family (i.e., herself and her five children). Naturally, Helen Prest-Ajayi, with whom the deceased shared a home in Ikoyi, opposed this suit.

All this aside, the date of burial has been another forklift in the way of Dr. Ajayi’s interment. It has been gathered that Helen Prest-Ajayi isn’t responsible for the delay in selecting a date, but Ajayi’s other family, who are reportedly intent on opposing the involvement of Prest-Ajayi in any of the proceedings. Not even the intervention of Ajayi’s close friends and other prominent people has yielded satisfactory results.

It is noteworthy that Helen Prest-Ajayi reportedly got together with Dr. Ajayi 10 years after his separation from Mrs. Yemisi. Counting the 25 years that Helen was married to the deceased before his death, Mrs. Yemisi has been out of the picture for 35 years. How she expects—as her children reportedly insist—that Helen Prest-Ajayi would allow the remains of the deceased to be placed in her (Yemisi’s) custody is beyond common sense. But that is reportedly what they want: that the corpse of Dr. Ajayi be delivered to his first wife for burial; and that the second wife (Helen) disappear from view, never to participate in the funeral process.

As if all that is not enough, Yemisi’s children are also reportedly insisting that the funeral process be handled at their mother’s church, Shepherd Hill Baptist Church, Lagos. Curiously, this is the same Church within which two of the children got married, and Dr. Ajayi, while alive, had refused to attend. Furthermore, it was gathered that before his death, Dr. Ajayi asked that his burial be officiated by the Pastor of the church he attended, a Redeemed Christian Church of God (RCCG) parish in Ikoyi.

All these are responsible for the remains of Dr. Tosin Ajayi still lingering in the morgue eight months after his death, with no news of a befitting burial in view. Until his first wife and children stop locking horns with Helen Prest-Ajayi and allow things to run their natural course, the good memory and legacy of the respectable doctor will blur into something less, and his corpse will remain unburied.