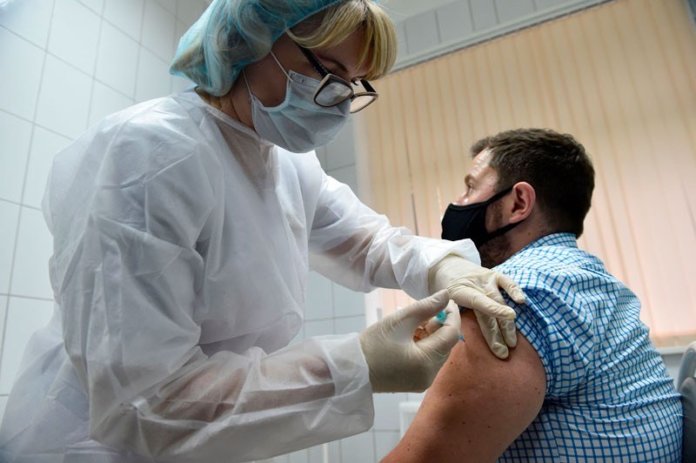 Currently, there is a wide gap between science and the public who are required to translate these newly developed vaccines into sufficient global protection from COVID-19. Until that gap is closed with a robust public communications strategy, safe and effective though the vaccine may be, it will remain unacceptable to a significant proportion of the world’s population.

Bill Gates believes that 2021 will be better than 2020 for two major reasons. The first reason why he is so hopeful is that many of the preventive measures against COVID-19 – such as the wearing of masks, regular handwashing, and social distancing – will curb the rampant spread of the virus, while vaccines against the pandemic are being manufactured and distributed globally. His second reason is that towards the end of the first quarter of 2021, the release of recently approved vaccines and other treatments for the Sars-Cov-2 virus infection would have been distributed in sufficient numbers enough to create a ‘global impact’.To Tru

With over 80 million confirmed cases across the world and over 1.7 million deaths, it is little wonder that the news of approved vaccines from several pharmaceutical companies have generated significant interest and not a little controversy.

Barely two weeks ago, a U.K. grandmotherbecame the first person in the world to receive the vaccine, which was the first of nearly one million doses of the Pfizer/BioNTech vaccine to become available worldwide. The 91-year-old Margaret Keenan even termed the vaccine “the best early birthday present”. Nigeria’s Health minister recently revealed the government’s plans to vaccinate up to 20 million Nigerians. Unfortunately, this excitement is not universal, and the world over, there is public hesitancy and mistrust surrounding the COVID-19 vaccines, especially amongst Black, Asian and other minority ethnicities. Ironically, it is these same groups that have been hit the hardest by the pandemic, with higher case ratios and numbers of people dead from infection with the virus.

In fact, the sheer speed with which the vaccines have been rolled out, while deemed one of the most significant scientific feats of the year, has been the cause of concern for some. In less than a year, vaccines to a relatively new viral organism have been created, when typically the process could take well over a decade. Effective vaccines against HIV and malaria are yet to be produced, even after these diseases have been on the rampage for decades, and decimated millions globally – especially in sub-Saharan Africa. In addition, reports of severe allergic reactions in a handful of recipients have fed into the narrative of those who fear the vaccine and these sentiments have therefore raised concerns more over the safety of the COVID-19 vaccine than its efficacy.

To better understand some of the hesitancy and lack of trust surrounding the vaccines against COVID-19, one must return to distant and not-so-distant history.

The safety and efficacy of the vaccines followed rigorous protocols involving tens of thousands of informed participants, data verification by external committees of scientists, followed by independent recommendations that the vaccines be authorised for public use. In a nutshell, there was zero political interference…

In the Tuskegee clinical trials that began in 1932, 600 black men were supposedly being treated by researchers for syphilis. However, they were given insufficient information about the study, and received inadequate treatment, even when penicillin became known as an effective treatment for syphilis. In exchange for participating in the study, these men received inducements such as free meals, and burial insurance. This went on for 40 years, despite being projected to last no more than six months; and many of the study participants were simply observed for the effects of the disease on their bodies until they eventually died. The public outrage following this led to stringent recommendations regarding future ethical conduct pertaining to clinical trials.

In Northern Nigeria, cerebrospinal meningitis outbreaks are a common occurrence, and in 1996 an outbreak occurred in Kano State, affecting mainly children. Pharmaceutical company, Pfizer, began a trial of its drug, Trovan, on about 200 children without securing the required authorisation, and was accused by a government-constituted investigative panel to have led “…an illegal trial of an unregistered drug” by exploiting the poor, uneducated and desperate. The company later paid out about $175,000 in an out-of-court settlement to each of the four families whose children died from the experimental drug. The total settlement paid by Pfizer then would have been the equivalent of approximately N315 million today.

Misinformation around infectious disease outbreaks is not new, as was seen during the Ebola incidence and now during COVID-19. Therefore, providing verifiable information about the pandemic and the COVID-19 vaccine is therefore vital, and needs a carefully considered and multi-sectoral approach.

Given a history of several clinical trials that have been unethical and resulted in severe harm to vulnerable members of society – children from poor, uneducated families in Kano, and African American men in Tuskegee as few examples, it is not implausible that a significant number of members of the public are wary of receiving the COVID-19 vaccines that have been developed following a programme termed ‘Operation Warp Speed’, not to mention those who are avidly against vaccines in general.

The safety and efficacy of the vaccines followed rigorous protocols involving tens of thousands of informed participants, data verification by external committees of scientists, followed by independent recommendations that the vaccines be authorised for public use. In a nutshell, there was zero political interference, and no shortcuts were taken during the vaccine development process.

Vaccine communication cannot rest within the domain of the health sector alone. Other sectors must be involved – information, communications, labour, women, and youth, to mention some critical stakeholders for an effective communication strategy.

Unfortunately, there is no way for the public to know this if a deliberate strategy is not implemented to communicate such details. The remarkable progress achieved with the roll-out of the COVID-19 vaccine globally will however need to overcome the enormous challenge of public mistrust to secure people’s commitment to receiving it.

Generally, vaccinations have endured a tenuous relationship with the public, and unless there is widespread belief in the safety and effectiveness of the vaccine, this scientific feat of a landmark vaccine developed in record time to quash an incessantly ravaging pandemic will fail to confer the anticipated herd immunity. The reason being that its protection of populations relies on a significant number of people to be vaccinated.

Vaccine communication cannot rest within the domain of the health sector alone. Other sectors must be involved – information, communications, labour, women, and youth, to mention some critical stakeholders for an effective communication strategy. While health ministries and agencies can develop the core messages, they need to work with non-health actors, communications specialists, and community structures to prune and disseminate these messages to the public in ways that are scientifically sound and yet culturally and societally acceptable. This would ensure clarity, understanding, and reach, therefore avoiding widespread misinformation and panic.

This strategy proved eminently useful during the polio eradication campaigns that successfully led to Nigeria being declared free of the wild polio virus several months ago, despite accounting for over half of polio cases worldwide as at 2012.

Currently, there is a wide gap between science and the public who are required to translate these newly developed vaccines into sufficient global protection from COVID-19. Until that gap is closed with a robust public communications strategy, safe and effective though the vaccine may be, it will remain unacceptable to a significant proportion of the world’s population. Only when the vaccine is accepted and received will it be able to confer any protection whatsoever and halt the steady stream of deaths from COVID-19 across the world.

… Oreh is a Consultant Family Physician in Abuja and Head of Planning, Research and Statistics for Nigeria’s National Blood Transfusion Service. She is also a Senior Fellow for Global Health with the Aspen Institute in Washington D.C.