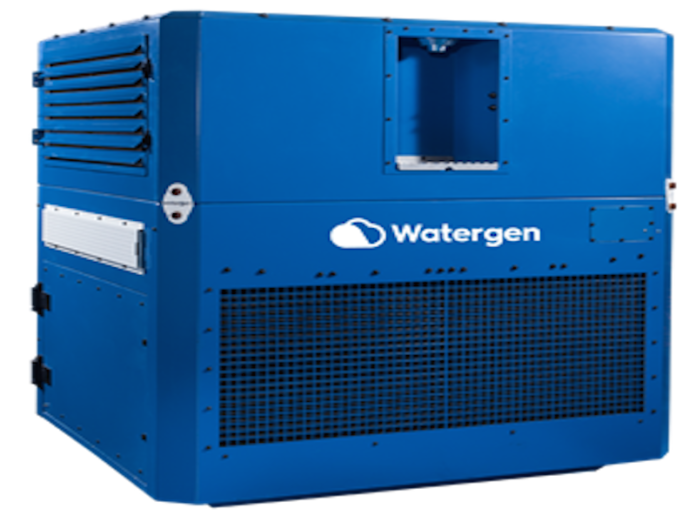 The developer of this new technology has called on the Nigerian government, public and private organisations for partnership in order to solve the problem of potable water in Nigerian through this technology.

At a press briefing to usher in the project in Nigeria, which was held in Lagos yesterday, the Technology Consultant of Watergen, Mr. Ibelema Obomanu, revealed that, “Watergen is a unique technology to solve water challenges. It is a machine that collects humid air from the atmosphere, cleanses the air, condenses it into water, adds essential minerals to the water, chills the water and releases it for consumption.”

He added that its source was from the abundant water molecules floating in the air rather than from the rivers, streams, ground or subterranean sources which may have been polluted by arsenic and nitrates.

Obomanu noted that, “Watergen requires no piping, because it is a stand-alone water generating source, which also discourages the use of plastic bottles. It is an energy efficient machine that utilises any available power source like solar energy and electric generators.

“This technology solves the drinking water problem for remote and city dwellers where there is no available clean drinking water.

He added: “Local government councils, NGOs and governmental agencies can acquire and install it as one of their various people oriented projects. Federal and state legislators can also deploy them as part of their constituency projects.

“We need to bring its awareness, benefits and uses to the public in Nigeria because of the impact it can create to solving water challenges. We also need to have targeted promos to niche markets and buyers. We welcome investors, government appointed and elected officials and charity organisations to make this venture a beneficial project for their people.”