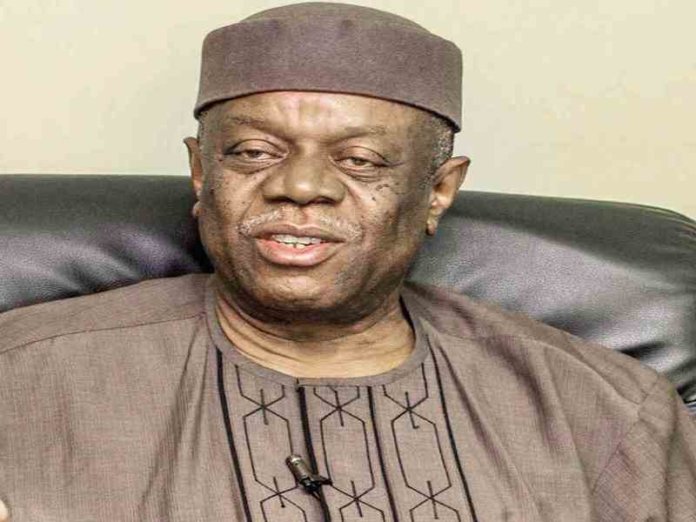 About 48 hours after the death of its first Military Governor, Air Commodore Idongesit Nkanga, the Akwa Ibom State Government yesterday threatened to declare another lockdown if the residents continued to flout the COVID-19 protocols during festive periods.

The state government, also, disclosed that Nkanga, who was the Chairman of Pan Niger Delta Elder Forum (PANDEF) in the state until his passage, died on December 24 from COVID-19 complications at the age of 68.

These were revealed in a statement by the Secretary to the State Government, Dr. Emmanuel Ekuwem, disclosing that requisite protective protocol and contact tracing had been immediately activated.

The statement said: “Information from the isolation centre where he was admitted and managed indicates that the first indigenous military governor of our state and leader of PANDEF died from complications resulting from COVID-19.

“The state governor, Mr Udom Emmanuel is greatly saddened by the news of his passing and condoles with the bereaved family. He has declared a seven-day mourning effective Saturday, December 26,” the statement said.

The statement, also, disclosed that the state governor had directed that flags be flown half-mast for the entire duration of mourning in the state.

In a state broadcast at the weekend, Emmanuel threatened to declare another lockdown if the residents continued flouting the COVID-19 protocols during festive periods.

The governor advised the residents of the state “to do everything possible to stay alive and beat the ravaging pandemic.

“As you may already know, we are currently experiencing the second wave of the pandemic, but as we had succeeded in stemming the rate of infection when it first hit our shores, I ask you to join hands with us again to beat this second wave.

“The use of facemasks, social distancing, regular hand washing, hand sanitizers are protocols that have worked in reducing infections. Let us remain committed to applying these protocols.

“If we adhere to these simple but effective rules, there may be no need for us to impose another lockdown, but if we observe that these rules are flouted, then we may have no other option than to put the state under lockdown.

“We have put in every conceivable tool to manage this pandemic and our gallant medical professionals have been in the frontline, managing and stemming the spread of the virus. We owe them eternal debt of gratitude.

“When in 2018, we brought in 13 ventilators and other advanced and modern medical supplies, some people had sneered at us in the media, some went to the extent of saying the equipment was phantom or non-existent.

“When we also constructed the 300 bed Infectious Disease Control Centre at Ituk Mbang and equipped it with medical facilities that rival the best in the world, some people also took issues with us and questioned the propriety of the construction of the centre.

“Today, our investments in the healthcare sector have shown that you can’t go wrong by being proactive. Our state has stayed above the curve and has been able to manage this pandemic and other infectious diseases very effectively,” he stressed.

Nkanga, a former commander of the Presidential Fleet, retired as an air Commodore in the Nigeria Air Force. He served as Military Governor of Akwa Ibom State between 1992 and 1993 during the regime of Ibrahim Babangida.

He contested the governorship election in 2003 on the platform of the defunct Nigeria Democratic Party (NDP) but lost to Obong Victor Attah.

In 2007, Nkanga was appointed chairman of the Akwa Ibom Airport Implementation Committee. He also served as the Chairman Board of Directors of Ibom Air, an airline floated by the Akwa Ibom State government, a position he held until his death.