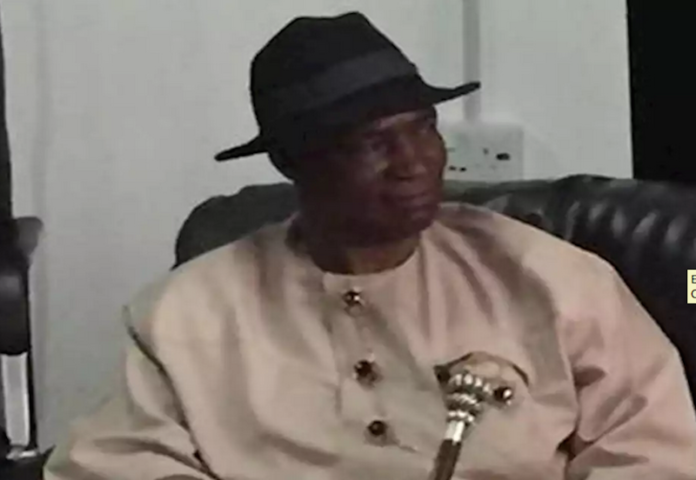 It is that most wonderful time of the year again. It is Christmas! It has been a rollercoaster of a year indeed, but to get to spend this season together with family, friends, neighbours and loved ones in as peaceful a state as our beloved Bayelsa, is the greatest of gifts for this topsy-turvy year. One can certainly feel the air of belief and hope for better and fruitful days ahead. In times like this, optimism is an essential quality to carry one through the seemingly mounting wave of challenges the year has thrown at humanity. Indeed, the Yuletide could not have come at a better time.

For the people of Bayelsa State, it is a season of excitement, reflection and appreciation for the message of collective prosperity, peace and development, under the benevolent leadership of His Excellency (Senator) Douye Diri. A society and people open to embrace a new mantra is a commendable one. As he joins in to felicitate with the good people of Bayelsa State in this season of love and joy, Gov. Diri has taken time out to offer his heartfelt appreciation to the people on the manner with which they have carried themselves in these challenging times. And how they have shown solidarity with the visions of this administration and the hopes of a better life it assures all Bayelsans.

The Governor has been full of praise for the people and their adaptive ability and how they have cooperated to ensure the upholding of the peaceful environment, especially during the just concluded senatorial bye-elections in the state. He admitted that it was indeed an early Christmas gift for all. The peaceful process and conclusion of such an event capable of producing volatile outcomes, is a clear evidence that the people of Bayelsa have well and truly bought into the mantra of peace, love, tolerance and inclusiveness the Governor has preached right from the inauguration of this administration.

Governor Diri, like he has done often times, has made it clear that he seeks to run an all-inclusive government where the prosperity and development of Bayelsa State is put forward first, far ahead of any personal or political ambition. In agreement with the spirit of the season which is one of love, harmony and togetherness, he is still calling on everyone to come together, combine their skills, expertise, will, effort and minds to move the State forward.

It is definitely not a time to be held bound in the rigors of ancient duels, but a season that brings out the beauty and benefits of collaboration and advocacy for stronger ties, especially in some small unions. Bayelsa is a relatively small well-knit family, capable of achieving extraordinary things and the Governor has encouraged all stakeholders not to cause any form of disruption to this small family. He urges everyone, friends and foes alike to keep aside the ideas of rivalry and contentions and embrace the full package of what the Christmas season stands for. A season of harmony, solidarity and goodwill as we look forward to a prosperous New Year. Christmas should not be seen as a single day, neither merely as an event, but indeed a state of mind flourishing progress, and for good measure deliberately cultivated.

As Bayelsans look forward to the New Year, Governor Diri has encouraged the people to do so with hope and optimism for a better society, that will bring about development, opportunities and the betterment of all lives. It is rightly said that there are no office hours for great leaders, hence Bayelsans should enjoy the festivities, with the full assurance that the cogs motoring forward the aspirations of a better Bayelsa will never go to rest even in this holiday season. All hands must need be on deck to ensure the New Year kicks off on a high note that will ultimately ensure the manifestation of the promises of a better life the administration proposes and still stands by.

The New Year will bring with it the implementation of an array of policies, programmes, projects and open investments opportunities aimed at fulfilling the manifesto put forth upon the inauguration of this government. Governor Diri has enjoined the public to see the success attained so far even in such harsh global conditions as an indicator that they have at the helm, a servant leader. One that has made clear the goals of this administration and rolled up his sleeves to ensure that these goals, visions and aspirations are made tangibly manifest in the lives and livelihoods of Bayelsans.

It is the necessity of the actualization of these goals that has been fuelling the “voice in the wilderness” for everyone to brace up and commit themselves in all capacities. Governor Diri has made it clear that positive and effective contributions and ideas from all quarters is welcomed even from the opposition, as he has never entertained the mind-set of an insular administration that seeks to play partisan politics with the affairs of the state. All through the trying times of frivolous court cases put forth by aggrieved individuals, he has always made available a stretched forth hand of fellowship, irrespective of the clear and unwanted distraction such exercises had posed. He remained ever focused on the task at hand, preaching love all the way and the need to have a beneficial all-inclusive government.

Having openly and often times declared his love for all in the state, the Governor is still using this season to continue to stretch forth that hand of fellowship and collaboration to all and sundry. He believes strongly that oneness and an environment free of rife with contentions is quintessential to achieving the Bayelsa we all dream of. Fully taking in the message of Christ this Christmas season, he is calling on everyone to look beyond political ties and divides and think: “Bayelsa First”. Two simple but powerful words that should develop into a belief system that fuels and propels the state to greater heights.

The Miracle Governor as he is fondly called, clearly understands the role of Divinity in the affairs of men and has called on Bayelsans to take full advantage of the divine implications of this season to intercede for the state. He has often called for prayers and intercessions for the state, knowing fully well that there is definitely a limit to the capabilities of man, outside the auspices of his Creator. It is a season of joy, sharing and care for who and what matters most to people.

The 21st century leadership style has evolved tremendously; effective leaders have transcended well beyond the “do as I say not as I do” mantra of old. Leadership by example or as we like to say, “body language” is now a benchmark for any leader who wants to leave an indelible mark. Christ, the reason for the season often times admonishes us to be doers of what we preach in no small measure. Governor Diri has seemingly embraced this school of thought and has gone ahead to show examples in actions to back up his clamour for the erasure of all battle lines.

The appointment into government positions of former direct opponents and individuals from various opposition parties is a testament to the fact that his cry out for true patriotism is genuine. It further cements the idea that the growth and development of the state is paramount to him and non-negotiable on any terms. The task of attaining success is collective and should transcend any and every political or cultural interest.

Christmas is often a time to give back, sacrifice and remind ourselves that after all we are all in this journey of life together and that a hand or gesture of goodwill towards someone is felt in the reverse direction in multiple folds. So as we create magical moments that will be engraved in our hearts for years to come, Governor Diri has encouraged all to shun all manner of crimes, militancy, destructive criticism, bigotry and indeed every behaviour harmful to societal growth. Let us do so in the knowledge that no matter what we all have gone through this year, it has only widened our scope, built up our stamina and ultimately set us up to have the best year yet going forward.