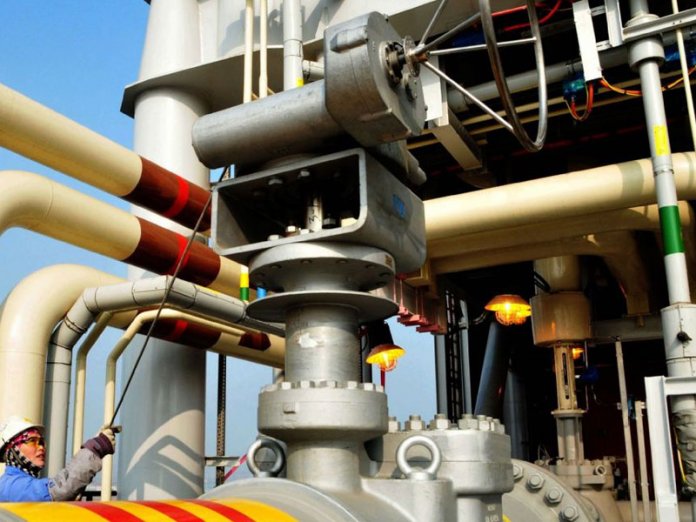 Emmanuel Addeh writes on federal government’s shift to commercial and domestic use of gas, a resource that the country has in abundance

The year 2020 has witnessed a major resurgence of attention to the role that gas resources could play in the development of the Nigerian economy and as a major source of government revenue.

It’s been a year that gas has featured prominently, like never before, in conversations around developing the sector and taking the gaze away from crude oil, which is very minute compared to the massive gas resources available in the country.

Aside the NLNG Final Investment Decision (FID) on Train-7, the flag-off of the 614km Ajaokuta-Kaduna-Kano (AKK) gas pipeline, down to recent rollout of the Autogas scheme, the federal government is yet again about pushing for an increase in Nigeria’s gas utilisation quotient with the commissioning of the Nigerian Petroleum Development Company (NPDC) 200mmscf Integrated Gas Handling Facility (IGHF) and LPG Units.

Since its inception in 2015, the President Muhammadu Buhari led administration has never hidden its desire to ensure that the country reaps bountifully from all possible benefits of its massive hydrocarbon endowments especially the natural gas component of the equation.

In consonance with this objective, the federal government through the ministry of petroleum resources and the Nigerian National Petroleum Corporation (NNPC) has within the last five years literally unleashed a barrage of pro gas activities designed primarily to create value for the gas sector.

This push has given fillip to the realisation of a handful of gas focused projects some of which include; the expansion of the Escravos –Lagos Gas Pipeline System-2, the construction of the Oben-Obiafo-Obrikon Gas Pipeline, attainment of the much delayed Final Investment Decision for NLNG Train 7, recent roll out of the National Gas Expansion Programme which witnessed the unveiling of the autogas scheme in Abuja among other notable records.

And now there appears to be new one in the offing, which many people will be quick to tag a game changer in the industry.

The request was obligatory, and the volume further enlarged to include the supply of an additional 55mmscfd of lean gas to the domestic market through the Escravos Lagos Pipeline System (ELPS).

To meet this obligation and maximise its gas value chain through highly beneficial monetisation models across her assets, the NPDC within the same period created a gas department and assigned it the task of conceptualising and executing the government’s request.

This implicitly meant that the NPDC took the lead in Nigeria’s plan to end flaring of gas in her oil fields, especially in the Niger Delta.

The government also had a six-month timeline for the NPDC to begin its supply of gas to Ihovbor Genco, and the NNPC subsidiary moved to meet up with this by engaging Network Oil and Gas Ltd (NO&G) for the lease of a 100mmscfd Integrated Gas Handling Facility (IGHF).

Invariably, this birthed the Early First Gas Plant (EFG) which was operational until 2018 when it was decommissioned for the construction of the IGHF.

Subsequently, the contract for the construction of the IGHF was awarded in 2015 but stalled until 2016 because it was not captured in NPDC’s 2015 budget. In 2017, this was restarted upon a budgetary provision for it.

Specifically, the IGHF was to help NPDC meet its domestic supply obligation (DSO) from the Oredo field and in the process, ensure complete gas flare-out from there. From the Oredo field, the NPDC was to process 100mmscfd wasted or flared gas to wealth for about 25 years.

The key value drivers for the gas utilisation projects were simply compliance with the government’s gas flare-out objectives and the presidential directives to supply lean gas to power Gencos and the country’s domestic market; thus, the IGHF became a waste-to-wealth facility converting gas that would have been flared to valuable lean gas from its Ologbo town base.

Now completed in the fourth quarter (Q4) of 2020, the IGHF is economically beneficial to Nigeria; it ensures that liquefied petroleum gas (LPG), propane and pentane are available for Nigeria’s domestic consumption.

It dispenses at full throughput about 330 tonnes of LPG per day which is technically equivalent to 16 standard LPG trucks or 20 tonnes, and 345 tonnes or 17 trucks of propane into the domestic gas market.

How the IGHF facility works

Built to process 200mmscfd of natural gas to the standard accepted by the West Africa Gas Pipeline (WAGP), the NPDC’s IGHF is able to deliver processed lean gas to the domestic market through a viable gas spur line to the ELPS.

Its commercial grade LPG, propane, and pentane are recovered for sales while stabilised condensate and produced water are returned to Oredo’s Existing Flow Station (EFS) for crude oil spiking and disposal respectively.

The plant which is designed to run for 25 years has the associated gas from the separator overheads of the EPF 1 & 2 in Oredo flow-station as its feed gas.

Similarly, the gas streams from the EPF come into the IGHF manifold in different pressure regimes such as low pressure (LP), medium pressure (MP) and high pressure (HP).

The NPDC’s IGHF is a Gas Sub-cooled Process (GSP) plant with a dual operational mode capability. This ensures that it can be operated in ethane recovery or ethane rejection mode.

Its initial design was based on the Industry Standard Single Stage (ISS) technology when the emphasis was on lean gas supply to meet the government’s mandate but was later reviewed with the ISS design upgraded to a GSP to meet NPDC’s twin needs of profit making and domestic LPG market supply shortfall make-up.

Further, the GSP technology guarantees that the facility’s inlet gas is cooled against the demethaniser column liquids and the column overhead vapour stream. Inlet gas vapours condensed after being cooled in the gas/gas exchanger are removed in a cold separator and sent to the stripping section of the demethaniser for further separation.

As a process, most of the cold separator vapours are isentropically expanded across the expander end of the turbo-expander unit, which provides the main source of cooling for the IGHF GS unit.

In designing the facility, NPDC recognised the deficit in domestic LPG supply and installed three fractionation towers for the fractionation of the produced Natural Gas Liquids (NGLs) into its constituent ethane, propane and butane.

The fractionation unit comprises of the De-ethaniser, De-propaniser and De-Butaniser towers with their respective accessories’ skids. These towers according to design extract ethane, propane and butane from the NGLs. Provision is also made for the mixing of propane and butane to generate LPG.

The ethane product is primarily used to fuel the facility, though a split stream is used to make-up the export lean gas. LPG and propane are each transported via a four-inch pipeline to the facility’s storage and dispensing facilities at Plot 2 for storage and sales.

At full throughput which includes the facility processing 200mmscfd of gas, NPDC’s IGHF is able to yield 82mmscfd of lean gas or methane which is equivalent to 366.5MW of electricity per day. Monetarily, this translates to $205,000 per day or approximately $75 million per year at $2.5 per mscf of gas.

Additionally, 330 tonnes per day of LPG which is about 16 – 20 tonnes LPG trucks per day are delivered from the facility to the domestic LPG gas market, and this yields about N73.6 million per day or N26.8 billion per year to the NPDC.

Besides these, 345 tonnes per day of propane with a projected revenue of about $107 million per year, 2600 barrels (bbl) per day of condensate of which 800bbl is pentane and valued at $32.85 million per year are possible from the facility.

In summary, at full throughput and availability, the NPDC is most likely to earn up to $300 million every year from the facility.

Locally, the facility is expected to impact on Nigeria’s power sector and domestic LPG market, in addition to progressing the fortunes of its host communities. There are nearly 350 skilled and unskilled personnel that would benefit from the facility.

Similarly, another 100 would be required for the daily operation and maintenance of the IGHF. These workers would be drawn from the Nigerian labour market, with emphasis on the host communities.

This, thus, suggests that NPDC’s foray into gas utilisation will herald good tidings for Nigeria. Through the facility, the country is expected to have more gas for power generation.

Considering that upgrades in electricity generation and supply is synonymous with upgrades in economic activities, it is envisaged that industries and small-scale enterprises within the Benin axis will see their production uptime and outputs improve operating costs associated with poor electricity supply substantially cut down.

In specifics, the projected supply of 26, 400 cylinders of 12.5 kilograms (kg) of LPG daily to homes in Benin and its environs, will equally bridge existing supply gaps in the local LPG market.

This will potentially force down the price of LPG in Benin and make it affordable to most people thus augmenting the government’s intention to make LPG a preferred domestic fuel source.

In context, this is a huge LPG supply intervention bearing in mind that only about 100, 000 homes in Edo state have gas cylinders. More homes may likely acquire gas cylinders if the price of LPG becomes affordable. This thus means less safety concerns associated with the use of kerosene and bunkered condensates for domestic cooking.

LPG retail business is also expected to pick up, thereby lifting more homes out of poverty.

Considering that Nigeria is reportedly home to about 30 million families, of which only a meagre three million homes have gas cylinders or use LPG for cooking, NPDC’s entry into the domestic LPG market is considered well-timed and a potential game-changer.

This will improve the country’s LPG consumption rate which is reported to be at 3kg per capita, and way below the average per capita consumptions of African countries.

Additionally, with the market also said to be lucrative with positive growth trajectory, NPDC’s entry with a supply capacity of 120,450 metric tonnes per annum or 20.7 per cent of the country’s consumption means that it will become the second largest supplier after the Nigeria Liquefied Natural Gas (NLNG). 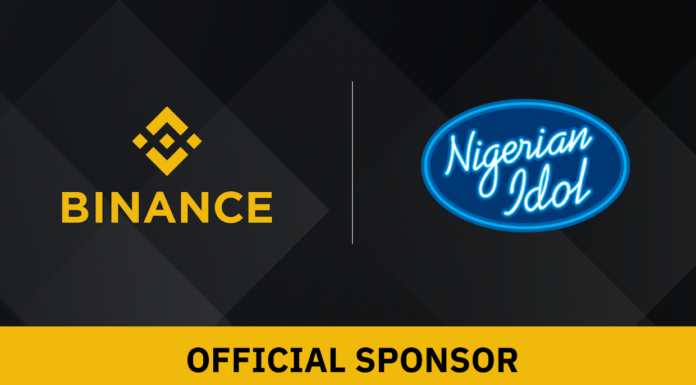