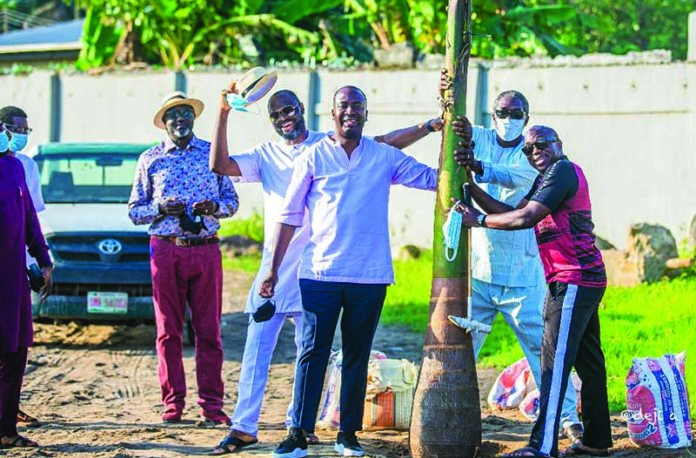 The Lagos Polo Club’s Eden Project involving massive landscape transformation with tree planting around the club and its environs will not only create a world class environment, it will also re-create a new vista in the heart of Ikoyi, support and strengthen the climate and ecosystem’s resilience. Sunday Ehigiator reports

The harmattan breeze which blew relentlessly from newly planted trees offered the occupants and the environs some cool and fresh air. The latest project of visionary leadership of Lagos Polo Club is already receiving a lot of accolades. There is a clear vision to create a comfortable and world class environment through The Eden Project, which is dedicated to massive landscape transformation by planting over 160 trees around the Club premises in its initial phase. There are plans to extend this project to its environs. This green sustainability project will not only create a world class environment, it will also re-create a new vista in the heart of Ikoyi and support and strengthen the climate and ecosystem’s resilience.

The club has a rich pedigree of remarkable achievements since its inception over a century. Founded in 1904, the Lagos Polo Club is the first to be established in the history of Nigeria. It was created by a team of British Naval Officers who loved the sport of horse riding and horse racing. With its yearly tournaments, standard horse riding academy, and affiliations with international Organisations, the club has grown to become the best and famous polo clubs in Nigeria.

Every year, the Lagos Polo Club holds one main tournament and several mini tournaments. The main tournament is the Lagos International Polo Tournament held around February and March for a two-week. It is the largest Polo tournament in Africa as it attracts large number of polo players and lovers from several countries. Also, professional polo players all the way from Argentina come to participate in the tournaments. The recently concluded 2020 Lagos Polo Tournament which featured 39 amazing polo teams-the highest in the history of NPA Tournaments came to a grand finale on the 18th of February 2020.

The Lagos Polo Club Tournament is arguably one of the biggest social events in Nigeria. However, apart from its renowned glamour and the never-ending after-games party, the highlight this year was the commissioning of the newly built state-of-the-art viewing stand by the Lagos State Governor, Babajide Sanwo-Olu. The new Lagos Polo club viewing stand is a pioneering world-class, marking the beginning of a new era for the most premier club in Nigeria. It delivers an exclusive VIP box experience with an unobstructed panoramic view of the field on the first floor and a vibrant state-of-the-art bar beneath it.

Just as it’s known for its glamour, Lagos Polo Club has been involved in several Corporate Social Responsibility activities over the years. For example it partnered with an NGO on an educational literacy campaign for the horse grooms. During the pandemic, it supported Lagos State’s efforts and also the local government area with contributions towards alleviating some of the unfortunate situations caused by Covid-19. They have had children come to ride at the polo club to get exposure to horses and horse care. The goal is to expose people – both young and old to horses and riding.

Like an old wine that gets better with age, the premier club keeps evolving with innovation. Over the last 10 years, the Club has gone through various transformations by various committee members with the sole aim of making it a world class club.

Recently, the visionary leadership of its President, Ayo Olashoju and his committee members embarked on tree planting as part of their contributions to the club.
Commenting on why the commitee embarked of the Eden Project, Olashoju confirmed that Lagos Polo club commenced a regeneration project as far back as 10 years ago and since then, each successive president had been working to improve and enhance the status of the club in one way or the other.

He said: “Historically, the grounds were densely populated with stable and a host community and over the years, successive Presidents and committees have made various contributions to lead the club to where it is today by limiting the number of stables to something that is more manageable, lift the value of the environment, lift what exists and the facilities here.

“whilst the club has been in the heart of Ikoyi since 1904, it is important that steps are taken to modernise our club facilities to a level whereby it’s truly world class, adds value to the neighbourhood and impacts our environment in a sustainable and beneficial way. When I became president in July of 2019, one of my key objectives was to ensure that the trajectory of development in the club was kept and increased. Since then we have carried out several projects to enhance the club and now we commence our landscaping project. The ‘Eden Project’ basically involves landscaping our neighbourhood by planting over 160 trees, walled gardens and more to enhance the environment within this part of Lagos.

“Since we live in a big, populated urban city – Lagos, an oasis like this is a welcome idea. We commenced planning over three months ago, getting everything in place and now we are at the actual delivery and installation of the trees and walled gardens. We are optimistic that by the end of the year we would have finished the installation and planting phase of the project and within the next 6 -12 months it will be a whole different Lagos Polo Club.”

The project is capital intensive but Olashoju has got the back of his reliable, committed and dedicated members: “The project is large with significant costs, but the good thing is that we have had a lot of support from our members who have in one way or the other supported the project. We also have a partner – Arabella, who have invested in the project. The main costs of the project include preparing the grounds, introducing irrigation systems, logistics and transportation and the cost of the trees that are fully grown and are being transplanted from different parts of the country.

“Fortunately, we are blessed to have a membership of likeminded people. From the commencement of Lagos Polo Club, there has always been continuity. This is most evident in the last 10 years where each successive President and Committee had made tremendous value contributions to the club through multiple projects. For example, this building where we are having this particular interview – the new VIP stand and bar, was the brain child of the immediate past committee, but was completed by our current committee.

Corroborating Olashoju on sustainability of the project, Tola Akinhanmi, said: “The need for creating a legacy and which resonated amongst members and hence the buy in for the project conceptually. In this regard, we have proposed a fund-a-tree campaign’ as a way of raising funding internally and which encourages each member to support the project in one way or another. So that is the whole concept around ensuring that there is a permanent thing, sure that the whole club buys into it.”

From a Corporate Social Responsibility view, the Lagos Polo Club Eden Project is a means to improve the environment, improve the air quality and positively impact the environment in a sustainable manner. This project will improve the value of the whole neighbourhood and in addition some trees are going to be planted on Awolowo road and Ribadu road to beautify and make it green in the subsequent phase in early 2021.
Basking in the euphoria of his committee’s recent achievements of tree planting, Olashoju said: “We are very excited about this project; it is something that we are all very passionate about. The support from the club has been overwhelming with everybody buying into it, this is evidenced by the support, little or largely.

That is why I am confident that it will stand the test of time and definitely we can make Lagos green.”
On why he is passionate about Lagos Polo Club tree planting project, CEO, Arabella Landscape, Tola Akinkungbe said the most asset one can bequeath to our children is our environment: “This discussion has gone on for almost 10 years and so I believe it is time for it to come into reality. Every asset in this club – the fence, the grass, is something that we can enhance. We can create an oasis within Lagos Island, we can even create it in such a way that along the fence line, people can come in and have a family picnic. All they have done is that they just made a better presentation of the environment. These are potentials that Lagos can have. I am pro-Nigeria, I believe very strongly in this country and we can do great things. And if everybody can put their foot forward the way Lagos Polo is doing, we can create world class environments.” 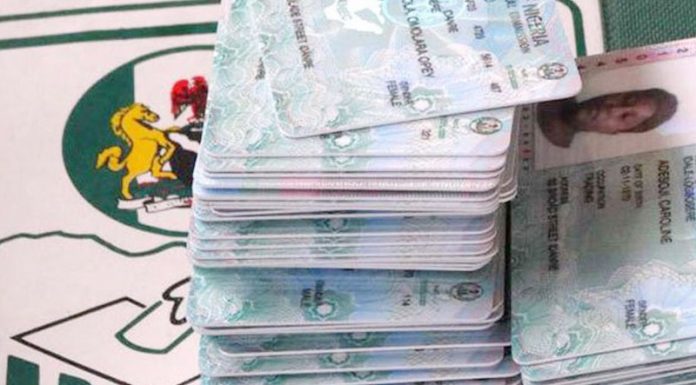