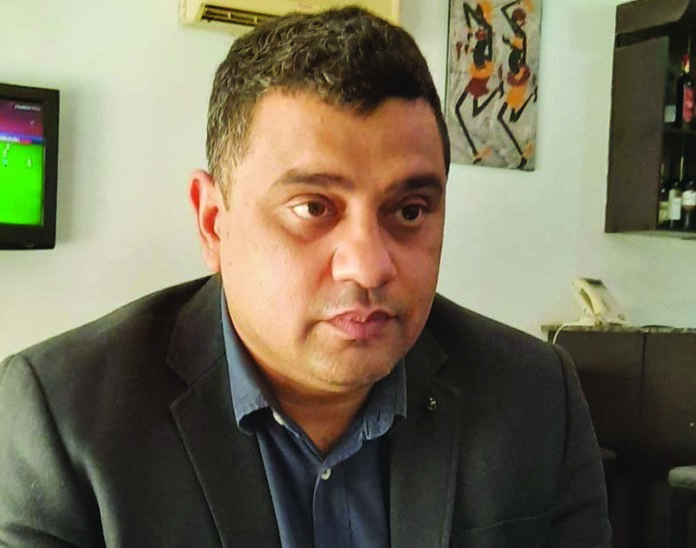 The Vikas Saini has rolled out the vision of bespoke Anabel Apartments and Suites to use well-tailored service to tap into tourism potentials of the Federal Capital Territory. He seats as the General Manager and Chief Operational Official of the hotel, which is strategically located at the high brow Asokoro Residential District and within the security perimetre of the Nigeria Police Force Headquarters and the National Millennium Park. The Nnamdi Azikiwe International Airport is less than 30 minutes away.

Saini’s enthusiasm for Abuja is very discernable even though he has only lived in the city for one year. The Indian, who is bringing 19-year-experience in the hospitality industry garnered in the United Arab Emirates, Oman and India, has been in Nigeria for the past four years. He worked with Tudunwada Development and Best Western Hotel, Victoria Island, Lagos before taking up his latest role at Anabel Suites, formerly known as Lezsco Luxury Apartment.

Though he considered Abuja as the most beautiful city in Nigeria, he notes that there is lull in tourism activities in the FCT because the territory is perceived more as a business city that has more government officials and companies. Saini expresses the desire that Anabel Suites would serve as a tourism hub by catering for the needs of that clientele.

“Abuja is the most beautiful city in Nigeria, with many government officials and businesses. Our target and focus are the government officials and corporations including the Non-Government Organisations (NGOs). The tourism level in Abuja is very low because majority of the people that come to Abuja only visit for the purpose of doing business. We want to use our service delivery to partner government and others to develop tourism in the FCT,” Saini said.

Saini expresses optimism that tourism can thrive in Abuja like the major cities in the world because it has an international airport while it is surrounded by many destinations that people can visit. He also says security must be provided round the clock by the police for tourism to thrive.

Anabel is not open to everybody. Saini says it is an exclusive place and they run a profile before anybody can enter the hotel. Speaking about the food offering, Saini described the hotel as a multi-cuisine environment where guests can fill their stomach from the options of Nigerian and continental cuisines. He says “Anabel’s kitchen has been upgraded for this kind of development to make the food tasty for people who are not used to Nigerian food.”

He vows that Anabel Suites will be guided by its motto, “Service with Grace” to provide one of the highest quality accommodation and impeccable hospitality services to an expanding array of noble and appreciative customers: “We have services that guest need. We have everything like laundry, bar, swimming pool and spa. So when somebody is here, he will not want to go out for anything and this is a central area, we have shopping area nearby.”

The hotel boasts of a well-equipped multipurpose hall, ideal for conferences and meetings and with a seating capacity for 200 guests. Guests can choose from the options of classy and stylish serviced apartment suites, posh business suites and the single double bed executive rooms that are all exquisitely furnished. In all there are six apartment suites, 10 one-room apartments, four two-bedroom apartment and 12 single rooms all elegantly furnished to the taste of the guests.

“We are more focused on personal service for everybody. In each apartment, guests have personal server that will ensure they get all they need. We also have multi-lingual people also who can speak French, German, English and the local languages. That apartment is big, comfortable and modern, with king-sized bedroom. It is like a royal apartment. Our guests will feel more relaxed as have everything they need in the apartment. We also have lounge, dining area and fully equipped kitchens for the guests,” Saini said.

On the aspiration the management for next year, Saini says Anabel wants to build a brand where guests can come in for exclusive time, enjoy the time and still do whatever they want in the city.
The Indian described Nigeria as a country with huge potential that could be tapped for economic benefits. He noted that the country of 200 million people has a long stretch of coastal line, which if developed will bring economic fortunes for the government. In addition, he says Nigeria has beautiful wildlife that can be a very big tourist attraction if nurtured.