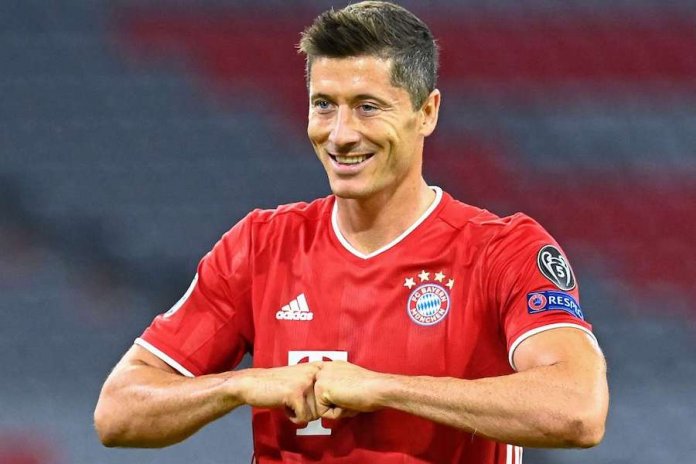 Poland and FC Bayern Munich striker, Robert Lewandowski, was last night named The Best FIFA Men’s Player for 2020 for the first time in his career.

At The Best FIFA Football Awards 2020 ceremony which held as a virtual event at the Home of FIFA in Zurich, Liverpool’s Manager, Jürgen Klopp claimed the Men’s Coach of the Year award for the second consecutive year, having steered the Reds to the English Premier League title for the first time, 30 years after their last top-flight success.

Klopp was declared the winner after a close race with Hans-Dieter Flick of FC Bayern Munich with the outcome decided on voting by the national-team coaches.

Germany and FC Bayern Munich’s Manuel Neuer was chosen as The Best FIFA Men’s Goalkeeper of the Year.

Lewandowski said: “I feel fantastic. I am very proud and happy to be honest this is a great day for me, and also for my club and colleagues.

“This award also belongs to my colleagues, the coach and Bayern Munich in general. It is an incredible feeling, a lot of emotions.

“If you win such an award and share that title with Messi and Ronaldo, that is unbelievable and it means so much to me. A long time ago, I remember I was longing for something like this and now I can win such and award. This really means, regardless of where you come from, all that matters is what you put into it.

“For the entire world this year was difficult, the greatest highlight was winning the Champions League final – such a special day and evening, that was an incredible feeling. That was a great moment.

“Then we won the cup and got every title we could possibly win. We have a great coach, great team and we all work towards one goal,” he concluded.

In the women’s category, defender Lucy Bronze is also a maiden recipient of The Best FIFA Women’s Player Award after rounding off an impeccable spell with Olympique Lyonnais in style before returning to England to play for Manchester City WFC.

women’s coach of the year for the second time in her career following her 2017 success.