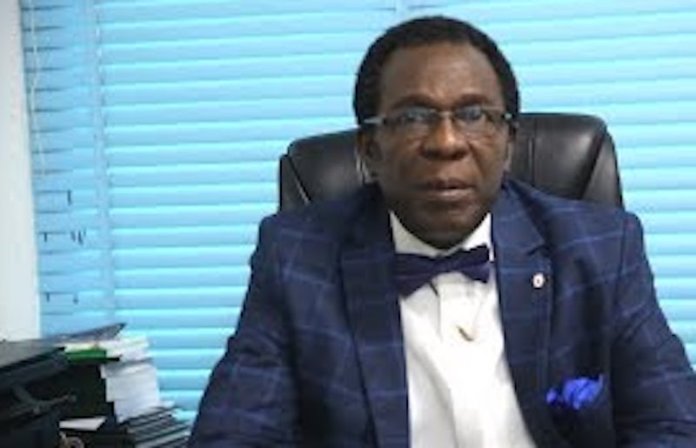 A Professor of History at the University of Ibadan, Christopher Ogbogbo, has urged Nigerian youths to devise strategies for turning the country’s diversities into sources of strength in their quest for nation building.

He said this in the lecture titled ‘Nigerian Youth and Nation Building in the Twenty-first Century’, which he delivered during the second convocation ceremony of Augustine University, Ilara-Epe, Lagos.
The university graduated 38 students: five in first class; 20 in the second upper class; 11 in the second lower class; and two with third class.

Ogbogbo, who is currently the Director of Research at the Nigerian Army Resource Centre (NARC), Abuja, also advised the youths to refuse to be shackled by ethnic and religious cleavages, and to enthrone merit in their undertakings. “More importantly, they have to be advocates of justice and be seen to practice it. Any nation that thrives in injustice is bound to collapse. This is the lesson of history.”

He stated that there were many nations in the Nigerian geographical area before the 1914 amalgamation and youths played prominent roles in the building and sustenance of these states.
“They were organised into age-grades and dominated the warrior class that defended their communities from external aggression. The maintenance of infrastructure and public facilities was carried out by youth groups.

“With the advent of colonialism, youths were part of the main fulcrum that began the agitation for independence. One of the prominent youth groups was the West African Students Union (WASU) whose raison d’etre was to fight for the independence of their people.”

Ogbogbo added that since Nigeria’s political independence, Nigerian youths have played even more visible roles in the task of nation building. “In a fit of courage laced with nationalism, the 1962 protests of Nigerian students under the auspices of National Union of Nigerian Students (NUNS) led to the abrogation of the Anglo-Nigeria Defence pact of 1960 which was perceived as detrimental to Nigeria’s sovereignty.”

The don observed that the nation building challenges that confront the Nigerian youths in the twenty-first century are not remarkably different from those that their forebears had to confront. “The difference is that they have become hydra headed. The efficient management of Nigeria’s diversity is at the core of the country’s challenges.”

According to him, other avenues through which Nigerian youths displayed nation building tendencies include the National Youth Service Corp (NYSC), sports, the film industry and the creation of the Nollywood brand, the entertainment industry, among others.
He regretted that “never in Nigeria’s history have the youths and the general Nigerian populace been confronted with the present state of youth hopelessness as we are witnessing.

The educational institutions for which the youths are the major beneficiaries have virtually collapsed. Moral values have gone tatters while unemployment of the youths seem to be growing at a geometrical proportion. “Today, the average Nigerian youth is ill-educated, parading certificates that certify nothing and unemployed /unemployable. The youths are tacitly excluded from governance, and the formal space for their engagement continues to shrink. There is massive marginalisation of the youth. It is against this harsh background that we still expect them to rise to the task of nation building.”
While congratulating the graduands for successfully graduating with honours, he charged them to remain the top-fliers that they are in their subsequent endeavours.

In his remarks, the Vice-Chancellor, Professor Christopher Odetunde said 2020 has been a trying year for everyone all over the world due to the COVID-19 pandemic which has seen many countries go on total lock-down to reduce the spread of the virus.
As a result of the pandemic, he said the university, which prides itself on being a 21st century-compliant university moved its classes online and began and successfully concluded the second semester of the 2019/2020 academic session.

“During this period, we are also proud to say that we were able to pay all our staff despite the hardships, as both academic and non-academic continued to work to ensure the smooth running of the university, up until the lockdown on universities was lifted.”
While thanking the proprietor, chairman board of trustees and chairman of council for their supportive roles, he said, “we are glad to have the students back on campus and finally, parents can be relieved of requests for airtime funds for data purchase.”

He announced that the National Universities Commission (NUC) will soon conduct a verification exercise visit to the university to ascertain its readiness to commence programmes like: Biotechnology, Cybersecurity, Fishery, Information Technology, Mass Communication, Political Science, and Software Engineering. “We hope that with the advent of these courses, Augustine University will observe a boost in student patronage,” he said.

The Professor of Aeronautical and Astronautical Engineering stated that the university recently received an additional endowment fund from the Estate of the late Mrs. Abimbola Omololu-Mulele, which increased the endowment to N60 million from the initial N40 million given by the Estate in 2019.
He said the Engineering building which was funded by Mr. Femi Otedola is in progress, and thanked the Otedola family for their generosity and the usual show of kindness towards the university.

As part of efforts to increase its internally generated revenue, he said the institution, with the support of His Eminence, Cardinal Anthony Olubunmi Okogie, has successfully completed the bottled water factory, and production is expected to commence soon, once the university secures the approval of the National Agency for Food and Drug Administration and Control (NAFDAC).
Also, he said the university is renowned for its garri and fish production.
On his vision for the
institution, Odetunde promised that faculty and staff welfare will not be compromised within the available resources. He also stressed the need for a paradigm shift from turning out graduates to turning out entrepreneurial builders of the nation “and this, we will continue to pursue.

“AUI’s mission of scholarship, teaching, research, community development, international outlook, integrity, compassion, and accountability will move to a higher gear. My dream is to see our graduates become gold in the hand of the world and light onto the path of our nation’s greatness.”

To the graduating students, he said “your degrees should not be a mere paper collection but a path finding to innovation, and to seeking solutions to problems.
“You must leave a legacy of strength, adventure, patriotism and candor. Be observant to needs, seek knowledge, and come up with ways and products to meet that needs.”