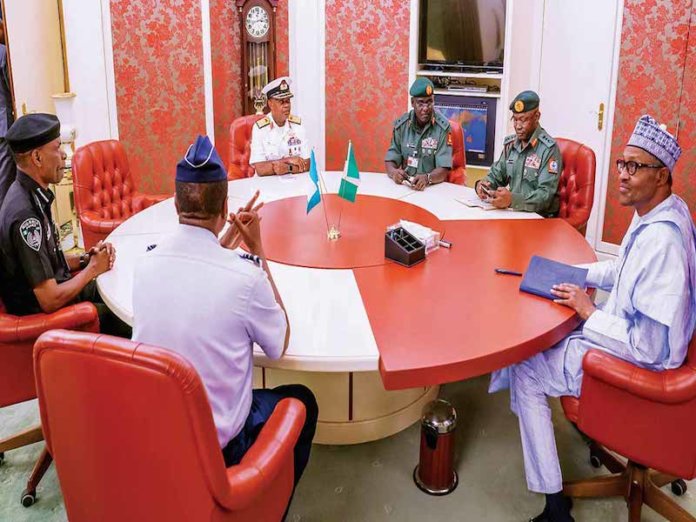 A South African military contracting company, Conella Services Ltd., engaged by President Goodluck Jonathan administration to contain the Boko Haram insurgency in 2014, yesterday expressed its readiness to return to the country, if asked to by the federal government, to finish the job of routing the deadly sect.

The military contractor told ARISE NEWS Channel that although as a sovereign nation, Nigeria could decide whether to allow negotiations, which will pave the way for its returning to the country, it is important for the government to review its strategy for defeating the insurgents.

A director and spokesperson of Conella Services, whose identity was concealed for security reason, said on The Morning Show, the flagship breakfast programme of ARISE NEWS Channel, THISDAY’s broadcast arm, that it degraded Boko Haram and liberated many communities within one month for the first time in three years.

The group, contracted by the then National Security Adviser (NSA), Col. Sambo Dasuki (rtd), explained that while it would like to return to the country if invited by the administration of President Muhammadu Buhari, it refused to see its possible return as an indictment of the Nigerian military.

It added that it would only offer its own capabilities, while the Nigerian armed forces would “lead from the front.”

He said: “President Buhari was very clear when he took over the government that he was going to rebuild the military. He understood that the military was not what it used to be. They decided to take the fight to Boko Haram without outside help. Nobody can blame them.

“For a national government to agree to the help of outsiders is a tough cookie to swallow and we understand that. I do wish though that we had a chance to sit down with the current government and explore different ways that we could help them.

“We don’t have to be at the forefront of the battle. The air force needs training. We bring in new capabilities. Our approach is different. We study the problem and we have our clients sign off on our training programme. Then we go to work.”

He said he regretted the fact that the company did not have the chance to engage with the Buhari administration in a meaningful manner despite the value that it could add.

But he emphasised that he respected the national sovereign position on that.

“We are bidding our time doing other jobs, but we would like to come back and finish the work that we started in Nigeria,” the director stated.

According to him, as a professional soldier, he would not force his group to return to Nigeria, except on the invitation of the president.

“My feeling is that there’s space for the PMC to come and help Nigeria. Whether in indirect combat or in training or repurposing of training and equipment, all of that can be done,” he said.

He blamed a combination of “money and politics” for the military contractor’s exit from Nigeria, stressing that the Jonathan government defaulted in the payment schedule agreed on with it.

“It had nothing to do with the quality of the men or the collaboration. Politics, unfortunately, at that time was what stopped the operation, politics and money,” he stated.

He added that the Nigerian army should be transformed into a counter-insurgency one, saying that conventional war training is markedly different from a battle against terrorists.

“Decentralising decision-making, tactics and equipment, those are the things Nigeria has to do. It does not have to buy sophisticated weapons, aircraft etc.

“Solutions can be found. With the application of a little bit of money and with the correct tactics and correct equipment, six to 12 months of operations and Boko Haram will be forced to go to the negotiation table or forced out of existence,” he said.

During the interview, the director said the company recaptured two cities earlier lost to insurgents within one month of hostilities and commenced an assault on the hideout of the terrorist group in Sambisa forest, before the contract was terminated.

He said part of its strategy was to merge with the best in the Nigerian Armed Forces in order to achieve maximum results.

He explained that the key to counter-insurgency operations was intelligence gathering, which he said Buhari alluded to at a recent meeting with state governors.

“We were contacted by the National Security Adviser (NSA), Colonel Dasuki, while in office, and I hasten to add that it was that administration that offered that also terminated the contract.

“We had milestones written into the contract for payments. Those milestones were unfortunately not met by the Nigerian government, perhaps priorities changed, perhaps with a view to the election around the corner.

“People thought differently about where to spend their money. We can only speculate about that; but that was the reason there was non-payment,” he said.

He, however, absolved the company of defaulting on the terms of the contract, saying: “It was not non-performance by our side or any other reasons, as a matter of fact, we achieved almost the impossible within a month of operations. For the first time in three years, two major cities that were in the hands of Boko Haram were back in the hands of the security forces.

“And also right at the end at the tail end of our contract, the Sambisa forest was being assaulted by our unit. We were not going to fight this battle by ourselves. We were going to merge with the best that Nigeria had.”

He stated that Nigeria gave the group its best young men, adding that almost all of the boys we merged in a tough training programme with the mercenaries.

“We merged with those and experienced leadership presented by ourselves and you had muscle and power and aggression and fantastic fighting ability brought to the party by the Nigerian men,” he said.

He stated that the group fought under the command and control of 7 Division of the army in Maiduguri and a mobile strike force unit, which was created on the basis of that contract.

“What it (counter-insurgency) does need is really, really good intelligence. And I believe the president referred to that in his recent meeting with some of the state governors.

“Intelligence is everything. If you know what the enemy is doing and where he’s at, you can take him on and the tools of this war are basic tools. As I mentioned before, walk around, drive around in civilian vehicles and motorcycles,” he said.