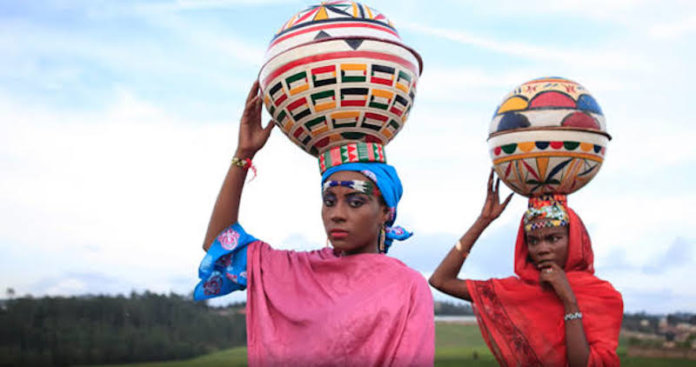 For the 93rd Academy Awards, Nigeria’s selection for the International Feature Film Award category, ‘The Milkmaid’ may have ruffled some feathers within the film industry with some eyebrows raised on its eligibility. Yinka Olatunbosun writes

Milkmaid. First, its release date is November 27, 2020. By December 1, it was announced as Nigeria’s official submission for the 93rd Academy Awards.

Then came the unverified social media reports that the movie had been rejected by the Nigerian Film and Video Censors Board (NFVCB) in 2018, 2019 and sometime in 2020 for being unsuitable for viewers.

THISDAY attempted to reach the Director-General, NFVCB, Mr. Adedayo Thomas on the phone with calls and messages but there was no response as at press time to confirm or refute this claim.

The Nigerian Official Selection Committee, 12-man strong, had made the decision. Out of the shortlist of six films that sailed through the first vetting exercise, the Hausa language thriller movie ‘The Milkmaid’ scored the majority votes, beating “Sanitation Day,’’ “Voiceless,” “Oloture,’’ “Ibi (The Birth),” and “Eyimofe.”

Written, produced and directed by Desmond Ovbiagele, the 2hour 16min drama recounts the story of insurgency in Nigeria through the eye of a Fulani milkmaid in a bewildering encounter with religious extremists in a rural African community. She is on a mission to find her missing sister but the twist of the past mixed with present leads to a knotty plot. Filmed in Taraba state, the movie had been screened privately since 2019.

If ‘The Milkmaid’ is selected and approved by the Academy, it will likely face other African titles such as ‘You will Die at Twenty’ (Sudan) and ‘Night of the Kings’ (Ivory Coast). THISDAY findings revealed that a twitter account, amongst other social media accounts, was set up in 2019 to promote the movie. Trailers had been posted and pictures of the private screening at the United Nations Headquarters in New York are on the thread.

According to the Academy Awards, films competing in the International Feature Film category must have been first released in the country submitting them during the eligibility period defined by the rules of the Academy and must have been exhibited for at least seven consecutive days in a commercial movie theatre.

However, due to the global pandemic caused by the COVID-19 restrictions, all dates and matters of rules and eligibility for the 93rd Academy Awards are subject to change based on national guidelines, state-mandated government orders and Academy determined-best practices.

With the approval of the Presidential Taskforce on Covid-19, the Cinema Exhibitors Association of Nigeria (CEAN) announced that all cinemas should reopen on Friday September 11.

Most cinemas reopened some weeks later as they had to set up necessary measures to create social distancing for safe practices. Milkmaid was released to cinemas on November 27 and by December 1, it is Nigeria’s pick for the International Film Award.

This ‘meteoric’ rise to national and international limelight is not of much concern as its eligibility. Will ‘The Milkmaid’ make the final list of nominations? Or will it suffer the same lot as Genevieve Nnaji’s ‘Lionheart’? Time will tell.