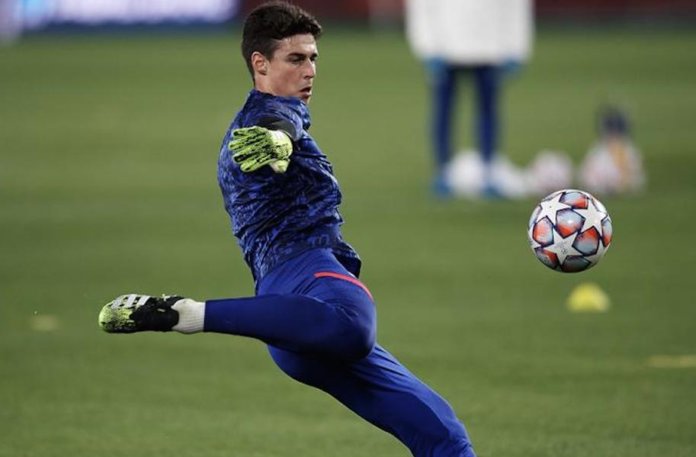 * Ziyech, Hudson-Odoi are out with hamstring injuries

Kepa, 26, has lost his number one spot to Edouard Mendy this season and sustained a shoulder injury in October.

The Spain international has started only three Premier League games and has yet to appear in the Champions League this campaign.

“It is about attitude and how you play, his situation now is different with Mendy’s form.

Kepa joined Chelsea from Athletic Bilbao in 2018 for £71m, a world record fee for a goalkeeper, but has struggled for consistency.

He last played in Chelsea’s 3-3 draw with Southampton on 17 October.

When asked if he is under any pressure to sell Kepa, Lampard said: “No, there’s no pressure. The pressure, and I’m not saying this has been spoken about, is to win games.

“I have to do the right thing game by game of course and Mendy has made himself a permanent fixture at this point.”

Scotland Under-21s midfielder Billy Gilmour will also start at Stamford Bridge after recovering from knee surgery, but Hakim Ziyech and Callum Hudson-Odoi are out with hamstring injuries.

Chelsea have already secured top spot in Group E with a game to spare after beating Sevilla 4-0 last week.

Russian side Krasnodar are guaranteed to finish third in the group so will move on to the Europa League.