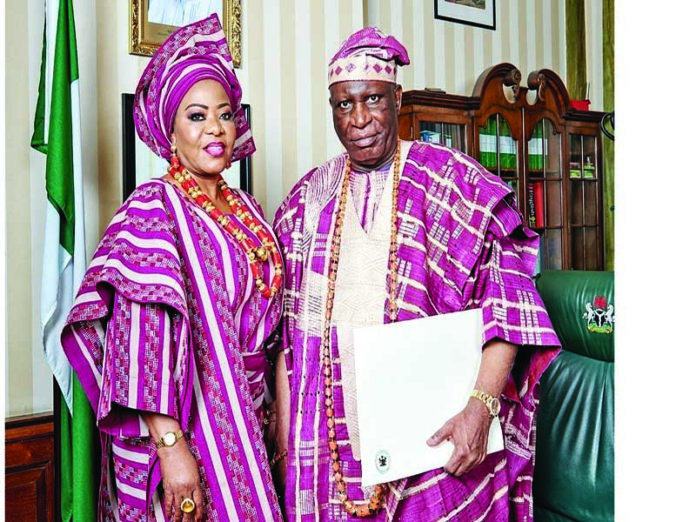 Is there any high-society Nigerian, besides Modupeola Wemimo Oguntade, who has suffered the clobbering of the media in recent time? Possibly. Did they get thrown out of wedlock as a result? Possibly not! Yet, it would appear that the storm is over, that this is a time of refreshing for the now-former wife of Justice George Oguntade, and that 2021 would be kinder for the lady.

A narrative like that of Modupe Oguntade is thorny and difficult to pin down. You either pick her best days (possibly when her traditional attire inspired the queen at Buckingham Palace to don a similar outfit) or focus on the worst (possibly when she was cast in the role of succubus and demon queen in many blogs and news posts). All the same—the endings are all the same.

Before Modupe Oguntade accompanied her husband, Justice George Oguntade to the United Kingdom (where he served as high commissioner), there were already snippets of negative comments piling against her name. This ran into the hundreds during their time in the UK, with the most bizarre stories making the rounds.

It has been noted that Justice Oguntade’s ambassadorial position was cut short because of the rumours of gross misconduct tied to the wagon of his wife. However, that is insufficient to end their marriage, correct? Opinions differ.

Some folks claim that the marriage of Justice George to Modupe ended on such a titanic note because of the rumours; others note that the former high commissioner’s children (from his first wife) have never seen eye-to-eye with Modupe, and the tensions piled so high that the matrimony simply broke. Different accounts continue to evolve from different folks. However, a few things are sure: Modupe Oguntade is no longer married to Justice George Oguntade, and Modupe Oguntade has begun to pick up the pieces.

According to reports, Modupe Oguntade has decided to start off an NGO, a charity organisation designed to shelter and take care of abandoned children. Reportedly, the establishment will take root in January 2021, and draw from Modupe’s personal resources to secure brighter futures for the children left destitute by a mean and vicious society.
The storm is over for Modupeola Wemimo Oguntade, and life goes on.