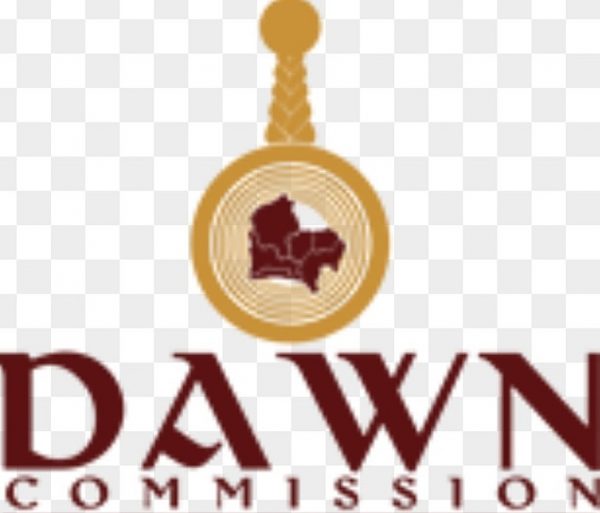 The DAWN Commission, a dedicated technocratic institution for the sustainable development of the Southwest, yesterday asked the federal government to put an end to its monopoly on mining, power and railway in order to encourage regional and inter-state cooperation nationwide.

The commission, therefore, noted that the 1955 Railway Act that concretises federal monopoly on railways, should be repealed forthwith and replaced with a regime that would encourage cooperation among the federating units. The Director-General of the commission, Mr. Seye Oyeleye made these calls in a statement he issued yesterday, saying the federating units should transform to self-sustaining economic units as in the Southwest rail plan.

In specific terms, Oyeleye noted that the railway plan offered opportunities even as he noted that extensive collaboration exist in mining and power, where the federal government has encouraged states to participate.
He suggested that the 1955 Railway Act that concretises federal monopoly on railways, should be repealed forthwith, citing its failure to encourage cooperation and sustainable development.
He, therefore, said federal monopoly on ports, mining and power should be overthrown by licensing in the short-term and constitutional amendments eventually.

Without power, according to the director-general, the economy cannot soar; contiguous states need to cooperate urgently for power projects. Regional cooperation today cannot be along the line of the outdated state capitalism model.
He said: “It must be private sector-led. States should adopt the twin strategy of competition and cooperation to first, liberalise their environment to compete for investors and markets; then they should collaborate to attract investment region-wide in agriculture, mining, transportation, manufacturing, water resources and ICT.

“As globalisation and technology further collapse physical, trade, cultural and communication barriers, governments, businesses and social groups are more than ever before, pursuing supranational and sub-national integration to maximise productive potential and achieve sustainable development goals.

“While Nigeria has signed on to global, continental and sub-regional integrative pacts, formal integration activity within its internal geopolitical regions is largely neglected. Regional or inter-local cooperation involves one or more governments agreeing to plan for their joint futures.”

He lamented the debilitating hindrance to the country’s progress saying Nigeria needs to restructure in line of development.
He said: “With the revenue sharing formula that we operate now, the states will perpetually be under the federal government.
“We have tied ourselves to a constitution that is hindering development and this must change. Nigeria’s crisis of development is traceable to its faulty administrative structure that has inhibited the component states, created political and economic gridlock, and squelched local and regional integration, creative thinking and initiative.

“The union was birthed as three regions — later four — whose economies were once fully integrated. The six SW states constituted the bulk of the old Western Region; today’s 19 northern states were integrated in the defunct Northern Region, nine of the 11 states grouped separately in the South-South and the South-East regions constituted the old Eastern Region.

“The Journal of African History recorded how the Northern Region integrated its mining, farming, animal husbandry and traditional crafts sectors into a cohesive autonomous economy with linkages of its cotton, groundnuts and thriving tanneries and textile factories.
“The Eastern Region leveraged palm oil, coal mining, road infrastructure, farm settlements in various parts to attract investment and a light industrial base. In the West, pacesetting initiatives integrated the farms and transportation infrastructure to pioneering industrial estates and export markets.

“Consequently, inclusive GDP yearly growth averaged 6-8 percent 1960-70, according to the Journal of Development and Agricultural Economics. With the loss of fiscal federalism and reliance on oil gas revenues, the Dutch disease delivered non-inclusive growth, creating more poor and a few rich.

“The self-destructive charade must end. With the abject failure of the current unitary federalism manifested in insecurity, economic deprivation and mass poverty, joblessness and decrepit infrastructure, states within the six geopolitical zones need urgently to collaborate and fashion internal regional initiatives to create economic hubs,” he said.
He argued that the Amotekun security initiative should be strengthened, equipped and professionally manned.

He noted that the North-Central, North-East and North-West where terrorism, banditry, kidnapping and violent herdsmen have laid waste, should urgently create well-funded similar regional outfits to complement the overwhelmed federal security apparatus.
He said that others should help combat militancy, vandalism, cult violence and armed robbery.