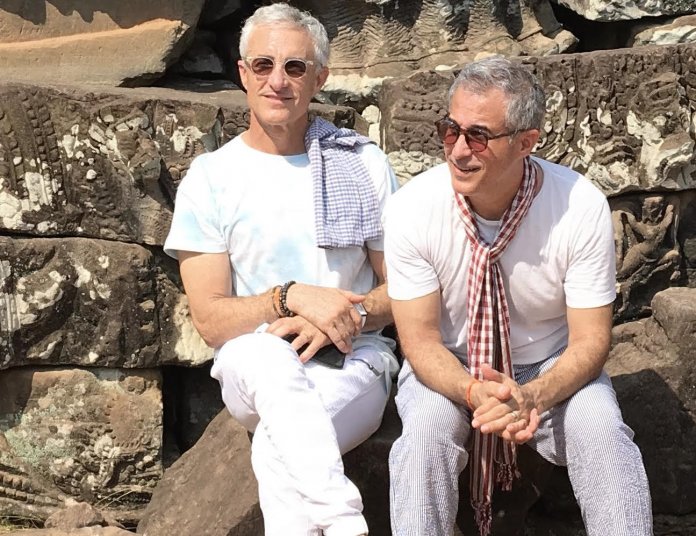 The four-part series which closed the virtual film festival beamed the spotlight on young persons in America from disadvantaged backgrounds disrupting the STEM (Science, Technology, Engineering and Mathematics) ecosystem with their innovations. From Baltimore to California, the Emmy award-winning Konwiser brothers Kip and Kern told stories that sparked imagination and innovation.

“We had a specific audience in mind when we started this documentary, that’s young people,” said Kern during a recent Zoom interview.

The project, he explained, was created to inspire young Americans to explore the power of STEM.

“It was a mandate given to us by the founder of Legendary Pictures because he recognised and we agreed that there is a crisis in America, and specifically amongst young people. They are becoming consumers of technology, not so much creators of technology, and America has always been the innovation leader in the world. So everything that you see in that programme is very intentionally designed to spark the minds and the passions of young people.”

Kip added that the documentary is a template for innovation for people of any age.

The brothers spent two years working on the project and four months searching for the people that gave the documentary life. Thousands of American students from grade schools to college were reached out through an online application.

“We ended up with about nine stories that we felt were truly worthy of turning the camera on and started to follow those. And of those nine, we came down to the four that were represented,” explained Kern.

The first part of the documentary ‘The Idea’ focused on a teacher from a Napa Valley elementary school who inspired her low-income students to bring light to a community. The second part ‘The Design’ told the story of a seventh-grader from Baltimore who helped engineer a smarter wheelchair. For its third part ‘The Build’, the storyline revolved around college students who took on the challenge of building a pod for SpaceX’s Hyperloop Pod Competition. The final part ‘The Launch’ showed how a young neuroscience PhD student built a revolutionary low-cost advanced prosthetic hand. Working in partnership with the Range of Motion Project (ROMP), the first patient fitted with this technology is in Ecuador.

The stories in each episode are laced with messages of hope, passion and determination.

The filmmakers meticulously selected locations that are famous and infamous (Napa Valley and Baltimore) and highlighted the power of collaboration. They are living proof that teamwork gets the job done, having been partners since childhood. The sustainability of their synergy according to Kip is in the ethos they live by family, education and self-respect.

“We repeat those things often through our lives and in our career and we ask ourselves, repeatedly if our purpose-driven content are reflective of those moralities.”

Though initially planned to inspire American students and accompanied with an educational curriculum, the documentary had however gained traction with international audiences through the American Film Showcase, the premier film diplomacy program of the U.S. Department of State, which is produced in partnership with the University of Southern California’s School of Cinematic Arts.

Kip recalled a trip to Cambodia and Laos this year before the pandemic breakout and the overwhelming reception they received.

“We found the empowering elixir of the film, come alive in the blood of these young kids as they raised their hands and demonstrated serious commitment from a deeply personal level to how the film had inspired them to say ‘yes we can, we can do something in our area’.”

The reception was no different from the Nigerian audience. Not a few who took part in the panel discussion expressed similar sentiments. Unlike in other countries where the film has shown, Nigeria boasts a thriving film industry and an emerging STEM ecosystem.

The Konwiser brothers, however, expressed willingness to collaborate with Nigerian innovators and educators as they fielded questions from participants. Kip will be offering his financial and business expertise while Kern, his creative ingenuity. Nigerians can also visit their website to partake in Money Pool, a concept developed by Kip to bring money to ideas and intellectual property that is structured financially to succeed.

“It is a concept that can apply to people from Nigeria, if they have ideas that are financeable, we have access to financing, and we know how to structure and put it together,” he said.